Q. Will a synth or sampler help my band use sound effects on stage? Skip to main content

Q. Will a synth or sampler help my band use sound effects on stage? 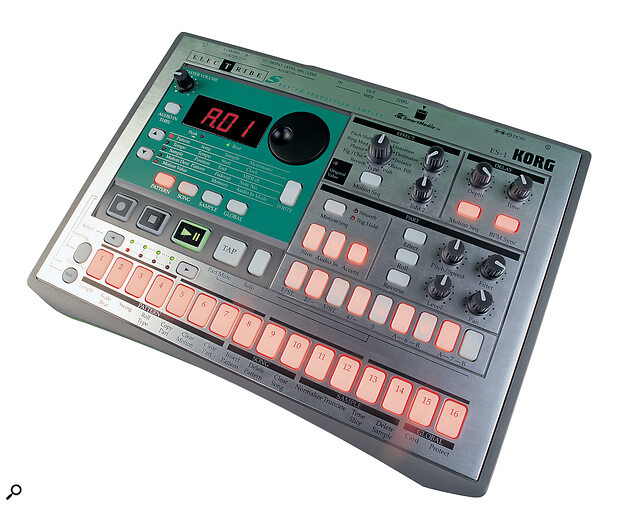 I play bass in a rock band, and we would like to add some background sound effects to a few of our songs when we play live. Currently we do this by playing a CD containing the relevant WAV files (wind sounds, and so on) through the PA. Is there a better way of doing this? Changing the CD is a bit awkward during a live set. I was thinking of a keyboard sampler or synth.

Please bear in mind that we don't use a drum machine (we have a real drummer) or MIDI (we don't have a keyboard player), so the sounds would have to be played, or — pehaps more correctly — triggered (by me!) in real time while I play the bass.

Assistant Editor Sam Inglis replies: It should be easy enough to use a sampler to store the sounds you want, and then just set each one up so that a key on a keyboard, or pad on the sampler (if you choose one with pads), triggers the sound. You'd have to load the sounds into the sampler at the start of each gig, but provided there's no interruption to the power after that, you shouldn't need to do much else. The only restriction is likely to be on the length of sounds — if you want to use long, non‑repeating sounds, you may well run out of sample memory.

If you want to play samples at different pitches using a master keyboard, you'll need a 'proper' sampler such as those made by Akai, Emu, and Yamaha, plus a keyboard to go with it. If you just want to trigger shortish sound effects, you could save money and hassle by getting a 'phrase sampler' such as Korg's ES1 (reviewed SOS August 2000), which has a number of built‑in pads that can be used to trigger individual samples.