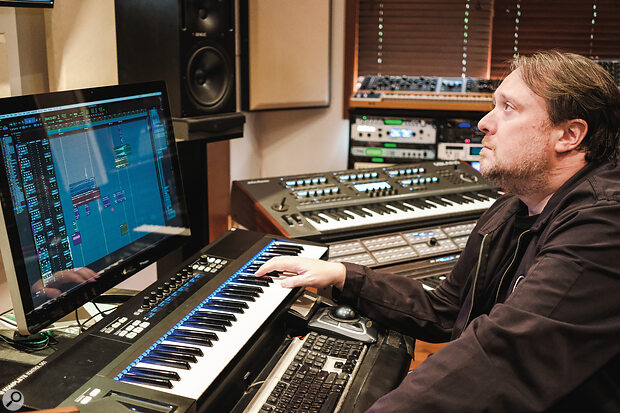 Vince Gilligan and Peter Gould’s unique vision of Albuquerque required a unique approach to the score...

When Dave Porter first considered the sound palette for his music for Better Call Saul — the concluding episodes of the final sixth series of which are airing now — he wanted something quite different to the synthesizers, found sounds and world instruments he’d used for Breaking Bad. “But as much as I thought in my heart that I was going to do something very different,” Dave says, “there was a part of me that was always trying to reach back into that well of what we had done for Breaking Bad. Because, after all, Breaking Bad was pretty successful. But being the creative smarties they are, the team would call me out on that every time. They’d say that I really, really did have to start afresh, that they wanted me to start with a clean slate.”

Quite an understatement there: Breaking Bad, all 62 episodes aired over five series from 2008 to 2013, was one of the most successful and acclaimed TV dramas of recent years, if not decades. And when it came to the Breaking Bad prequel, Better Call Saul, which first aired in 2015, the first thing Dave had to do was decide on the form for that required shift of sonic palette.

It took him some time and many revisions. And one of the good reasons for such a shift only dawned on him later. “As the Better Call Saul story started to get closer and closer to the Breaking Bad story — because it’s a prequel, after all — I realised that I could then lean into some of the motifs and sounds and ideas from the Breaking Bad world, and that they felt earned and were suddenly fresh again.”

What Dave developed for his Saul compositions was a more performed, less sequenced style: not so synthesizer‑based, with fewer world instruments, and a more improvised vibe compared to the considered, structured techniques he deployed in Breaking Bad. “It was a smaller, more intimate story,” he explains, “and I made it revolve around what I refer to as my ’70s rock palette: some twangier, lighter, and less heavy guitars, the drums in a more traditional kit style. There’s Mellotron, vibraphone, organ sounds of that era — the Farfisa vibe. Overall, a much breezier, jauntier, fun approach, which fit perfectly with an earlier, more innocent Saul.”

When we spoke, Dave was about halfway through working on the final group of episodes of the final season of Saul. We zoomed in on episode two in that season, ‘Carrot And Stick’, and specifically a motel shootout. It seemed to typify the team’s ability to balance music and sound, here contributing to a scene drenched in tension and looming violence. 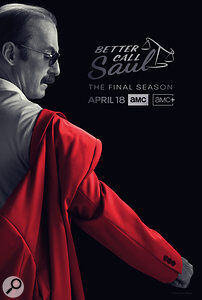 The core team behind both Breaking Bad and its prequel Better Call Saul has remained largely the same for some 15 years.t’s worth noting that the creative instigators, Vince Gilligan and Peter Gould, have kept the same team around them, Dave included, for some 15 years, right through all the seasons of Breaking Bad and Saul. That’s pretty much unheard of in Hollywood, Dave explains, where change and new projects come and go quickly. Vince and Peter’s team have had the great benefit of growing together, creatively, and they know instinctively how to push one another to do better work. “It’s been really fruitful,” Dave says, “and I hope it shows in the work we do.”

Music and sound in harmony. Sounds obvious, doesn’t it? Just try getting it right. “So much of it comes down to talking about it beforehand and being prepared,” he continues. “We have long and intense sound‑spotting sessions for every episode, before anybody starts working on them. They always include Peter and Vince, and the picture editor, usually the writer, and all the audio folks: the dialogue supervisor, the music supervisor doing the licensed music, composer, and Nick Forshager, who’s the sound supervisor for the Foley and all the other tremendous sound work that gets done for the show.”

That motel shootout scene is a particularly cacophonous one, full, as you might imagine, of gunfire. Dave says that when a scene like this is under the microscope at the team meetings, it comes down to who’s going to take the lead in which moments. As he says, there’s only so much room for what’s going to work before a beautiful cacophony explodes into a big unholy mess.

“Someone will say: OK, here’s a moment where the gunfire unquestionably has to be the focus. But now here’s a lull in the loudest of the action, and a chance for the music to build the tension. A lot of it is about when you should be quiet, too. You have to accept the moments when music is not going to help. But all this discussion is intended to lay the groundwork, before you even get to the creative part — because there’s just so little time to write film and TV music. To have that roadmap and, hopefully, get it right the first time is so vital.”

It’s also important in TV and film composing to be aware of the power that music has as part of the storytelling process. Dave says he discovered that often what counts is not how much music, but finding the right music. “Tone is everything,” he explains. “The music will have opportunities to shine, depending on the context, but most of the time it’s most effective when it’s playing a powerful supporting role.”

He says that over time he’s learned to look at what’s happening on a micro level, in the moment, but also to look with a larger, macro view of the bigger story and the bigger picture. He found that it’s good to ask yourself questions about how you can help achieve the goals that the story and the writing has set out for itself. He adds, with a smile, that most successful film and TV composers always seek out little moments where they get to take centre stage. But a composer has to earn those moments by being an important member of the storytelling team all the way through the project. And a lot of times, that can mean taking a back seat.

We talked in Dave’s studio in LA, and he showed us around the racks of synthesizers and gear. “What I’ve worked on most over the years is streamlining as much as possible the gap between the time it takes me to have an idea and the time it takes me to get that idea into Pro Tools. The evolutions of my studio have all been designed for that purpose. So when I’m writing, I’m blessed now to have all these instruments — but they’re no use if they’re not ready to go. So when I’m sitting down to write, the first thing I do is make sure everything in the room is on.” 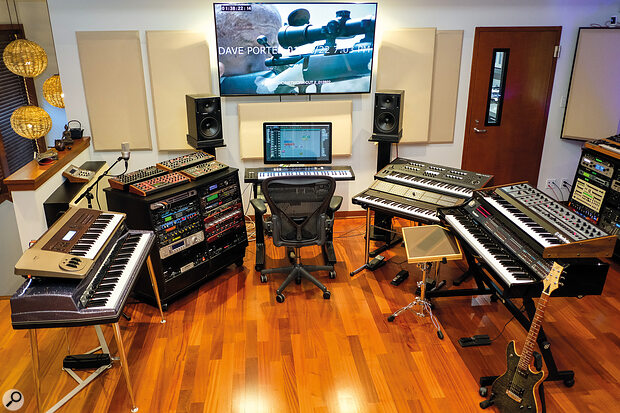 Dave likes to move around as he works, and often paces a well‑worn path around his studio. He jumps around from instrument to instrument until something feels right, so always‑ready‑to‑play is paramount. “It’s the most effective means for me to get started,” he says. “And that, at least for me, is the hardest part. My ideas usually come through improvisation, playing something that seems like a seed to start a piece with.”

He’ll begin each cue by putting Pro Tools in a loop with the picture running and the dialogue on. Then he’ll start moving around and making noise on different instruments. “I’m looking for an interesting germ or tidbit to get started,” he says. “I’m not a composer who works with a lot of MIDI tracks running. I’ll write a part and then I’ll print it. And I’ll take notes about how I came up with that sound or where it came from. I like to commit to it, even if I have to go back and redo it again later. And then I just build the layers from there, as this one interesting thing starts to interact with other ideas.”

There is one technological advance in the studio that has recently made a marked improvement...