Phillip is one of those people lucky enough to be blessed with a fantastic voice and you can see from the gear list that he's bought high-quality equipment to record it with. The result is a fabulously big, warm sound and a vocal which would most obviously be compared with Seal in terms of tonal character, although I have to say that it sounds as if Phillip has taken a bit more care of his singing voice! Having said that, a tendency to use too much dynamic processing has resulted in some sibilance on the second mix and this has probably been emphasised by some high-frequency EQ boost somewhere along the signal path. I also noticed sibilance on the vocal of fellow artist Machelle, whose CD Phillip sent in as a further (and rather fine) example of his production skills. In truth, it's more noticeable on revealing monitors and was perfectly acceptable when listened to on smaller systems. 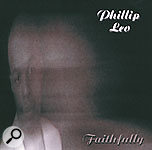 Arrangement is one of his strong points and on the first track on his solo CD the backing vocals provide us with a perfect example of this. They are perfectly placed throughout the song to give a dynamic lift to bridges and choruses and I especially liked the decision to choose a more breathy sound on the multitracked female vocal for the bridge sections, changing to a more full sound for the choruses themselves. These backings are tracked up and split to left and right of the stereo mix for a wide, big sound, with the block vocal almost performing the function of a rather classy pad keyboard. You can tell that he was pleased with the result because he returns to this section later on in the arrangement, dropping out most of the other instruments. It works well too.

Given that Phillip's tracks have a strong reggae feel you'd expect a bass sound with a lot of low-frequency content and his production does not disappoint in this department. The skill is in choosing the right bass sound, and not just making the bass loud in the mix. In this respect, he's allowed enough space in the frequency range underneath the skanking keys and guitar to allow the bass to stand out without it being in conflict with the bass drum. Yet he's also left just enough harmonic content in the sound for the bass to be audible over smaller speakers without losing the warmth or the indefinable nature of the note content required in Reggae bass! After all, it's a feel thing.

All of the drums are programmed, so the fills (especially timbale and snare) can sound a bit lacking in dynamics, but once the main pattern is established the grooves are very well constructed. Indeed the keyboard parts in general are nicely put together with the classic eighth-note delay on some of the skanking guitar and keyboard parts providing the right push/pull rhythm. Yet it's the extra production touches, like the low-level wah guitar and little echoed synth phrases on the second track, that really make this demo a cut above the norm.

Continuity between tracks on a CD is worth considering at the mixing stage as well as in post-production. Most demos we receive are from people working in home setups where the layout of equipment and recording areas isn't constantly changing, as it might do for a pro act recording in several studios. So why do many demos exhibit inconsistency in levels, equalisation and general use of effects? It may be a result of working sporadically, grabbing time where possible out of work hours over a period of a year or more and losing sight of the original production concept. This can be addressed by always doing rough mixes as a listening reference, and keeping note of details like microphone positions and equipment settings such as equalisation and compression. Working on a computer-aided mix with total recall is very useful in this regard, but the computer still can't tell you what your intentions were at the time of recording, so keep notes.

The production on the opening track of this CD concentrates on the drums. Its sounds like a fair amount of attention has been paid to the balance of each drum mic in the mix, and to the tuning of the drums themselves, but it's at the expense of the guitar and bass which both sound rather thin. In fact, the vocals, as producer Henderson points out, could do with de-essing too. Yet, what concerns me most is that you can barely hear the guitars, while the bass lacks depth. Aiming for a production sound which claims Elvis Costello's Blood and Chocolate, Nirvana's Nevermind and the Pixies' Surfer Rosa as influences could be confusing. Yet, even though they're so different, these three do have one thing in common, and that is that the guitars are audible and punchy, if stylistically very different. While the track could be remixed, raising the level of the guitars, the band will need to re-record the bass part if they want a weightier sound. 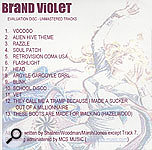 Thankfully, these shortcomings have been addressed by track two, 'Alien Hive Theme', which is a considerable improvement in terms of mixing and, indeed, songwriting. The level of the guitars, and of the track as a whole, is much higher, and the bass sound has more low-frequency content without losing definition. It's a bit of a surprise to me that a track with such a catchy, commercial chorus isn't the first song on the demo, but I was reassured to see on the band's web site that they've released it as a single and even filmed a video for it. This could be just the song to launch the band.

The guitar sound manages to achieve the spikiness of Costello on many of the songs although the overall mix EQ (an upper mid-boost) doesn't flatter. The fourth track on the CD probably has the best general sound with good playing and more obvious attention to the details of the mix. However, the reverb used adds to the sibilance of the vocal. The bandwidth should be lowered and, if I'm being honest, less reverb would improve the mix too. Musically, I liked the trashy sound of this band even if I'm not convinced by some of the mixes and the inconsistency in level from track to track on the CD. However, this can be addressed when they master it. You can check out the band and their gig list at www.brandviolet.com. 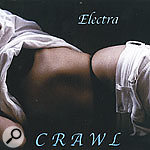 Electra points out that she's primarily a vocalist, as opposed to a recording person, but she's not done a bad job on this CD. The strength of the songs and the fine singing performances come across well, but technically a couple of things are awry. The delay on the opening song's bass line is out of time, for example, so the intended attention-grabbing moment of rhythmically stabbed bass just doesn't work. Personally I think it's a bad idea anyway — the arrangement should launch right in with its somewhat theatrical Latino bass line. As for the vocals, there's a lot of audible popping on the microphone, so a pop shield or more careful microphone technique would improve matters. The instrumentation is simple but effective with string lines harmonising to the vocal melody and a simple piano following the melody itself, but best of all are the backing vocals Electra puts in herself. Placed to the background of the mix, these are more like sound effects as Electra teases out some avant-garde jazz stylings.

This rock production has the necessary energy, but the band have gone over the top at the post-production stage in an attempt to get the CD to sound loud! The compression is pumping, but not in the way a classic old unit would, and every signal peak which comes along provides some audible gain reduction. It sounds like there's some over-compression at the recording stage too, especially on the drum track and the vocals. The latter have become sibilant as a result, and although the sound is nicely aggressive, the vocal has been thinned out, as its low frequencies have been compressed more than its higher ones. On the positive side, vocalist Karla is a good rock singer, turning in a potent performance which the band match. Going back to the mastering stage and using less dynamic processing would improve this CD enormously, and while you're there, the bass could do with a high-pass filter at about 60Hz to tighten up the overall sound. 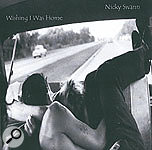 Nicky's voice and the drums sound excellent on this CD, but there's something lacking in the mixes which is mostly to do with the low level of the instrumentation rather than the individual sounds or the performances of the players. In the first mix, for example, an interesting piano part is almost inaudible while a rather ordinary string line is brought forward in the mix. I can't quite see the merit in this, or in sinking the far more appealing wah-wah guitar part so low. However, some songs come across a lot better, like the moody 'Sorry', although I wasn't convinced by the jump into double time for the chorus or the rather feathery acoustic guitar sound. Generally the quality of the songs and arrangements, the musical ideas and the performances are all good, but the mixes don't quite gel and there's a lack of consistency in the production. For example, some mixes are quite bass heavy (track five) and others (track one) bass light. I would encourage Nicky to check out her monitoring position, room acoustics and also lend an analytical ear to some commercial mixes over the studio monitors. 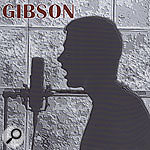 Nick Gibson wants his recordings to sound more polished and could start with the vocals. A variety of reverberation treatments are tried throughout the CD and the one that suits him best is used on the second mix. A longish pre-delay provides what's almost a slapback effect and there's a fair amount of reverb present, but it works well in this context. Backing vocals on the choruses and harmonies on some of the verse lines would also add interest to the production and although there is a half-hearted attempt to do this on the opening track, the levels just aren't high enough. Finally, the drum programming tends to be a bit pedestrian and on all the mixes the snare drum seems to have disappeared. As the snare is a vital component in the rock sound this is a bit of an oversight. I suggest they listen to a few of their favourite albums, paying particular attention to what the drummer is playing and also to the drum-kit balance.

Drummi raps very well and mixes it with some multitracked female vocals in a 'question and answer'-style arrangement. Yet it's not until the track has nearly run its course that a sampled vocal break appears, and I think this should be introduced earlier — after the second female vocal chorus refrain, for instance. The first remix of the same song has more immediacy, grabbing the attention with some neat effects on the female vocal. Multi-triggering is used and then a backwards sample with a quickly opening filter leads you into the first proper vocal line. As for the actual vocal sound itself, the rap voice is good but the female vocal is thin, even when it's multitracked with added harmonies. The microphone used (a Rode condenser) is capable of better, so I can only assume some EQ has been added on the mix to roll off the low-mid and bass frequencies. I found a rather unorthodox low-mid boost around 300Hz fattened up the voice quite nicely. Everything else about the mix is very well handled with some neat keyboard parts and a cool change in bass sound under that sampled vocal break I mentioned.