Is it time to let the Internet into your studio? PC Notes thinks it might be...

I've recommended and used the music‑only PC approach, insisting on not having my music PC connected to the Internet, for many years now, largely because it gave me more security, greater reliability and measurably better performance if I really wanted to push my machine hard when making music. A partition dedicated to music software tends to boot up quicker, have more available memory (because you haven't got a host of virus checkers, software firewalls and handy accessories running in the background) and, best of all, is able to run at least a few more plug‑ins, for the same reason.

However, for those of us with personal project studios who have, in the past, used multi‑boot installations of Windows (or even multiple drives that plug into caddies) to switch between a general‑purpose Internet‑enabled installation and a music‑only instance, I suspect that the time has come to consider a change.

When I replaced the hard drives in my PC with larger models a few months ago, I abandoned my multi‑boot setup in favour of having a single Windows installation permanently on‑line, for the following reasons. While my general partition does take 40 percent longer to boot up than my music‑only one, this waiting time is largely irrelevant when most modern machines have such low‑consumption Sleep/Standby modes. Mine measures just six Watts when having a snooze, which is little different from its 'soft off' mode (only if you physically switch off your PC at the mains will consumption drop to zero). 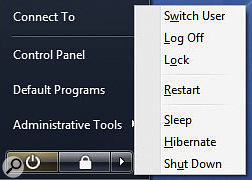 Letting Windows take a snooze instead of shutting it down is unlikely to consume any more power, but waking it up again is far quicker than rebooting.

So by choosing 'Sleep' instead of 'Shutdown' at the end of the day, I can send my computer to sleep within a few seconds, and then wake it up next time I need it, with most of my applications intact and ready to rock within a few seconds more. Sadly, one exception tends to be audio software, which generally needs re‑launching, since it loses contact with your audio interface after going into standby, but even so I find Sleep/Standby a real time saver compared with rebooting.

With RAM prices at such an all‑time low, few musicians have less than 4GB fitted, and with Windows 7 64‑bit installed, many have 8GB or more, so the small extra amount used by virus checkers and the like is now scarcely noticeable, while most modern PCs offer so much processing power that losing a few percent to virus checkers and the like is also negligible in the grand scheme of things. Moreover, now that most of us have hardware routers with built‑in firewalls, our machines are already safer than when we used USB modems and totally relied on a software firewall for protection from the evils of the Internet. 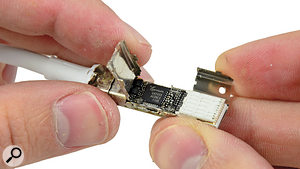 Apple are currently the only supplier of Thunderbolt cables, and there's some clever technology buried within them, but $50 a pop? Ouch!

Other advantages of having your main music PC connected permanently to the Internet include much easier on‑line software updates, and not missing important emails or incoming Skype messages. Admittedly, it's easier to get distracted from your musical projects when a new email arrives or a Skype message pops up, and it's also a lot easier to enter the twilight zone of the Internet and lose countless hours exploring when you ought to be doing other things.

However, a little discipline overcomes most of these distractions, and of course you can always switch email and messaging software off when you need to concentrate on deadlines. After remaining permanently on‑line for the last few months, I've not suffered a single meltdown, crash or infection, have experienced the benefits of being able to multitask between several projects as incoming messages dictate, and generally love the feeling of extra freedom this gives me. Vive la différence!