Do recent updates to Apple's musical armoury hint at a move toward the music‑streaming subscription model?

For what feels like a little too long now, I have been boring anyone who will listen about the future of music distribution. Unless my predictions come true pretty soon, my reputation as a wise old gap‑toothed soothsayer will founder on the rocks of, well, lack of progress. There are those who decry the iTunes model of selling music over the Internet, preferring instead to steal what files they can find — justifying their crime on the basis that 'if it's there, it's fair game' (although, interestingly, the same people don't steal cars because they are there, as far as I know). To them, I have supported the general view that music will be hosted on remote servers and listeners will simply rent the ability to stream music to their computers and mobile devices, paying a subscription for the privilege.

So far, iTunes has resolutely stuck to the download model — but the signs are that this might be about to change...

The latest version of the iDisk app allows you to stream music stored in your iDisk (for which you need a MobileMe account — yes, a subscription service) and play it in the background while using other apps. This is no 'iTunes Live', but at the end of 2009, Apple bought Lala, the US‑based music- and video‑streaming service. Around the end of May this year, Apple turned off the Lala service and, at roughly the same time, pictures of Apple's 500,000 square feet of server farm in North Carolina surfaced on the Internet. In September, Steve Jobs accompanied the announcement of the new iPods with news of the imminent release of iOS 4.2. This version will include AirPlay, which is the ability to wirelessly stream video, music and photos to the new Apple TV or AirPlay‑enabled speakers.

It would appear that pretty much all pieces of the technical jigsaw are in place so, as with all things bureaucratic, the hold‑up must be legal. Apple will need to approach record companies in order to seek agreement for this new venture, and it must be a monumental task to persuade the owners of everything for sale on iTunes to move to a completely new distribution model. But let's hope it is only a matter of time before I can say 'I told you so'. 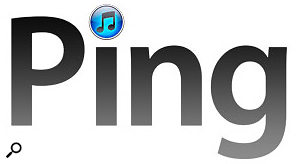 Ping is a new social networking feature of the latest version of iTunes. It's had great feedback from early adopters, but why make the switch from Facebook or MySpace?Amazingly, iTunes is into double figures, and the new version includes AirPlay (see above) and Ping, Apple's latest attempt to join in with social networking, with a name curiously similar to Microsoft's search engine. Great idea, this — chat directly with artists and your mates, preview and buy songs (or whole albums) recommended by friends: it's sort of like being in an old‑fashioned record store — and the user interface is getting some great feedback from early adopters. But the service will stand or fall on user uptake, and the question has to be asked: why bother to use Ping if everyone is already on Facebook and MySpace, including the artists?

After 10 years, iTunes also gets a new icon, much to the annoyance of the traditionalists, having only changed from green to blue in all that time. These purists don't appreciate cosmetic changes that see the three traffic-light buttons stacked vertically to save space, (those on the bleeding edge of technology are often the most surprisingly traditional when it comes to GUI issues!). If you want to change it back to horizontal, you can enter the following in Terminal (in one continuous line with no returns) and then hit return:

To go back to a vertical layout, type the same again, but end with NO instead and then hit return. Easy!

You can't really have too many little applications for your Mac, to make your life easier, so here's my pick of the month:

Wake Up! Caffeine (from www.lightheadsw.com) is a tiny application that puts an icon on the right-hand side of your menu bar. When clicked it prevents your Mac from going to sleep, dimming the screen or starting screen savers. This is great if you want to temporarily disable your regular energy‑saver preferences. 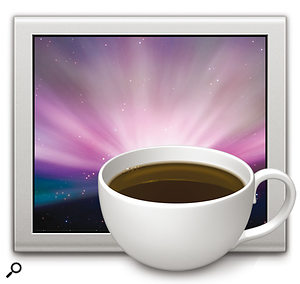 Stay Afloat: Found at http://infinite‑labs.net, the Afloat application installs a preference pane. When enabled, an Afloat icon appears in the Window menu, allowing you to keep that application's windows 'on top' of any others, and also allows you to control its transparency. 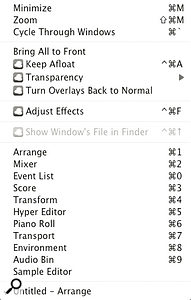 Afloat keeps your favourite or often‑used windows on top and allows you to alter their transparency.

Head In The Clouds: Similar to DropBox, CloudApp (from www.getcloudapp.com) uses cloud‑based storage to allow you to back up and share files. You can drag and drop files from the Finder to the icon installed in the menu bar. CloudApp is extendable, using downloadable extensions called Raindrops that enable third parties to access CloudApp services.