Virtual MIDI cables still have a place in the PC musician's studio, so what should you be using in this 64-bit world?

Virtual MIDI cables have been around a long time now on the PC (I first discussed them way back in SOS November 1999: /sos/nov99/articles/pcmusician.htm), but many musicians still seem hazy about their applications, so here's a recap and update for this 64-bit age. Basically, they are software utilities with a MIDI In and Out port that are permanently connected together, which is a perfect way to channel the MIDI output from one open application to a MIDI input of another running on the same computer. The data is sent from one application to the other in real time, and when I investigated MIDI timing issues back in SOS December 2007 (/sos/dec07/articles/cubasetech_1207.htm), virtual MIDI cables provided much tighter timing than any hardware MIDI port.

Most virtual MIDI cables also have multi-client capability that can be added to hardware MIDI ports which will otherwise only allow connection to a single application at a time. This is ideal, for instance, if you want to simultaneously route the MIDI output from two software applications, such as a sequencer and stand-alone MIDI synth editor, to the same hardware MIDI synth, or send one sequencer MIDI track to several hardware synths to create more complex layers. They also solve various other routing problems when you want to modify MIDI data and send it elsewhere. For instance, many Vienna Symphonic Library users rely on virtual MIDI ports in conjunction with the library's Performance Tool, to give legato phrases extra realism.

Hubi's MIDI Cable performed these tasks admirably in the early days of Windows 3.x and 9x, while Jamie O' Connell's MIDI Yoke (www.midiox.com/myoke.htm) worked for many on Windows NT and, subsequently, Windows 2000 and XP, but ran into big problems with Gigastudio, at the time much in favour by composers mocking up orchestral works in their sequencers.

Until recently, the holder of the 'best patch-cable alternative' title was Maple Virtual MIDI Cable (www.maplemidi.com/Maple_driver.html), which is freeware and runs on Windows 95, 98/ME, 2000, XP, Vista, 7, and no doubt 8 as well), and is still incredibly popular. However, it can only be installed on 32-bit versions, so all those musicians who have now moved to 64-bit versions of Windows Vista, 7, and 8, with accompanying 64-bit sequencer software, need a replacement.

LoopBe30: it may look simple, but that's just what you want from a virtual MIDI cable utility, along with, nowadays, both 32-bit and 64-bit compatibility.

Enter Daniel Schmitt (www.nerds.de) who has developed two very easy-to-use virtual MIDI drivers that work well across Windows 2000, XP, Vista, 7 and 8 with both 32-bit and 64-bit operating systems and applications. LoopBe1 offers a single In and Out port, while, as its name suggests, LoopBe30 offers up to a massive 30 In and Out ports in Windows XP, Vista, 7 and 8 (or a maximum of nine under Windows 2000). Few musicians will ever need this many, so I was pleased to find how easy it was to reduce port numbers to a more typical total by opening the LoopBe Taskbar icon, amending the number and rebooting my computer (no-one wants to wade through a couple of dozen unused MIDI Ins and Outs in their software).

Each of the LoopBe In and Out ports can be connected to up to eight applications simultaneously, for really complex routing, and because they are written as WDM kernel mode drivers you won't notice any latency at all; I could certainly detect none in practice. Anyone who has ever reduced their PC to a crawl after accidentally looping a Maple MIDI port back to itself and causing the virtual equivalent of howl-round will also be pleased that the LoopBe ports incorporate MIDI feedback protection that automatically mutes the port in question and flags up an error. This can save a lot of frustration, although this protection can be disabled if you want to go mad with enough polyphonic aftertouch data to cripple a hardware MIDI port. LoopBe Ports can also be muted to prevent data emerging from their outputs, which is very handy if you're splitting drum tracks across a handful of drum machines and want to hear what each is contributing to the mix!

Overall, I was very impressed by how easy both LoopBe utilities were to install and how rock-solid they were to use under Windows XP 32-bit, and under Windows 7 64-bit across a variety of 32-bit and 64-bit MIDI-aware applications — even being quite happy to send data between 32-bit and 64-bit in either direction. LoopBe1 is free for personal use and just €11.90$13.90 for commercial users, while LoopBe30 is a modest €16.90$19.90. Good value for money and highly recommended!

A Storm Is Brewing... 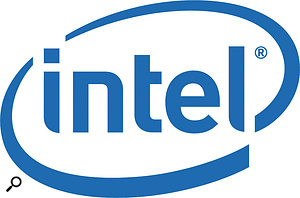 Intel have released their fastest-ever Extreme Edition processor. The i7-3960X desktop CPU is a six-core, 12-thread device with a clock speed of 3.3GHz, turbo-boostable to 3.9GHz, and with 15MB of cache. A companion DX79SR desktop motherboard codenamed 'Stormville' is also available for overclocking enthusiasts, although you'll need deep pockets, as the 3960X will retail at around $1000.