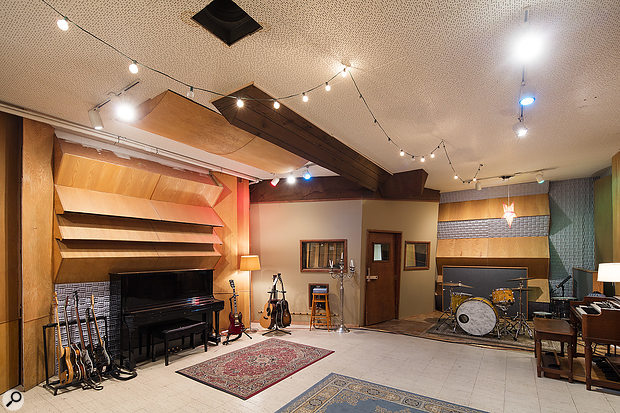 Compared with many other cities, Hollywood’s recording industry has survived the last 20 years reasonably well, at least at the very top end. Classic studios such as Capitol, United Recording and Henson Recording still provide “miniature concert halls“, as veteran engineer Allen Sides once described the character and purpose of these legendary sound factories. However, not all recording projects involve large orchestras, and there has always been the need for smaller, more confined recording venues with a more intimate vibe and a more focused atmosphere.

Boulevard Recording, located on Sunset Boulevard near studios like Capitol and United Recording, is perhaps the only classic Hollywood recording studio of this type that is still open today. The studio was created as Continental Recorders around 1966, and was initially frequented mostly by psychedelic rock bands such as Quicksilver Messenger Service and Moby Grape, but also by pop acts like the Lettermen. Around the turn of the decade it was bought by Seymour Heller, manager of pianist, singer and actor Liberace, and subsequently used mostly for in-house productions for AVI Records, a company Heller ran in partnership with Ray Harris and Ed Cobb, writer of classic songs like ‘Tainted Love’.

Renamed Producer’s Workshop, the studio went on to create musical history in the ’70s. Ringo Starr produced his first two solo records here, featuring guest artists like Elton John, Harry Nilsson and all other former Beatles. Other clients of this era include Carly Simon, Billy Preston, Art Garfunkel, Alice Cooper, Fleetwood Mac — who mixed Rumours here — and Ray Charles. However, the heritage of the rooms was largely defined by two other groups: Steely Dan did most of the basic tracking for Aja at Producer’s Workshop, and in 1979, Bob Ezrin brought in British psychedelic rock giants Pink Floyd, who completed and mixed The Wall here. Ezrin is still enthusiastic about the facility, which to him is “acoustically perfect“ and “one of the greatest recording rooms ever built“. 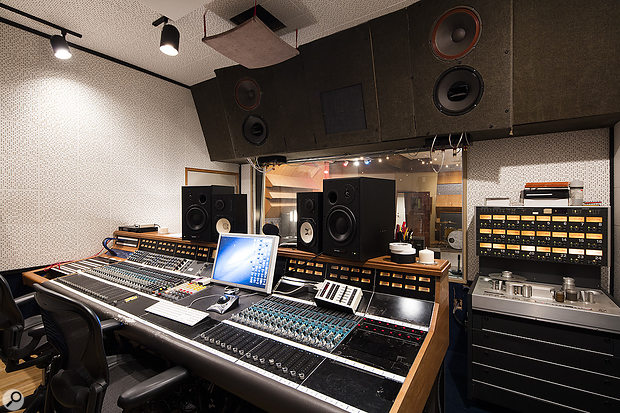 The Producer’s Workshop era lasted until the mid ’80s, and after a short phase where the studio was privately owned and used, it was bought by Brett Gurewitz, Bad Religion guitarist and Epitaph Records label owner. The studio was renamed Westbeach, and during this phase, which lasted until Westbeach’s closure around 2008, a large number of seminal pop punk records were produced on the premises, mostly by groups from the Epitaph roster: Bad Religion of course, but also Rancid, Offspring, Blink 182, NOFX and many others worked at the studio. Mazzy Star’s ‘Fade Into You’ was also recorded here. For many years the building also hosted Doug Sax’s Mastering Lab, but today, this part of the complex is occupied by the Museum Of Death. 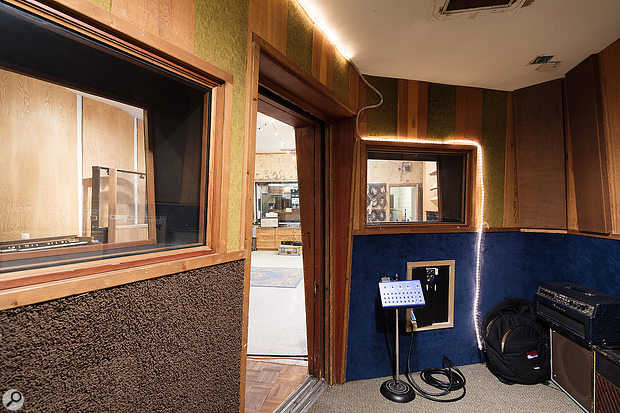 Back To Its Best

In 2010, producer/engineer Clay Blair, originally from Asheville, North Carolina, took over the place, and renamed it Boulevard Recording. After nine months of remodelling, it opened to the public again in 2011. Blair, who majored in recording at the Middle Tennessee State University, learned the recording ropes at Altamont Recording in Asheville. Here he teamed up with singer-songwriter Gary Jules, who suggested that Blair move to Los Angeles to further pursue his career — and he found the studio through a rather vague small ad.

”I was looking for a mix room and I found this studio on Craigslist,” recalls Blair. “The real-estate agent showed it to me with all the lights off because the power was off. But I knew immediately it was a classic studio, even though I didn’t realise what it was. But it was in a really bad shape. It was a mess.“

During the punk rock years, the walls had been carpeted, and Blair restored the original wooden panels, as the rooms were too dead in the mid range for his taste. At first his setup was centred around a Trident 80C, but in 2015 this was replaced by a 1975 custom 40-channel API console. 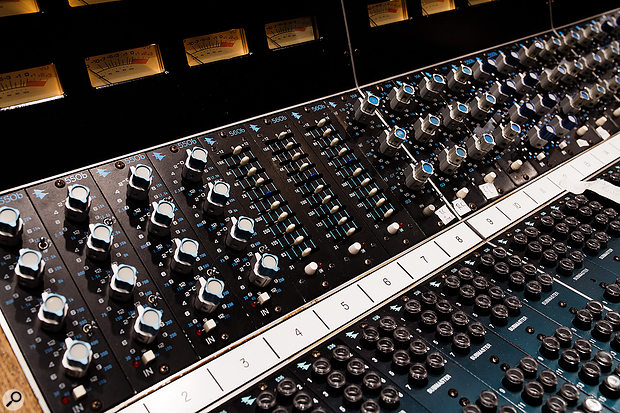 The outboard collection includes vintage dynamics like an original Gates Sta-Level, Teletronix LA-2A and three pairs of UREI LA-3As, and dbx 160VU and 165VU compressors. For tracking in the 70-square-metre live area, Boulevard offers many classic microphones like a Telefunken-branded Neumann U48 and two pairs of Neumann M296c and RCA BX44s. 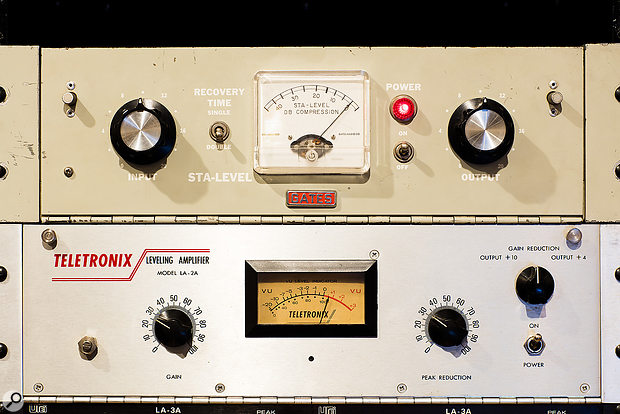 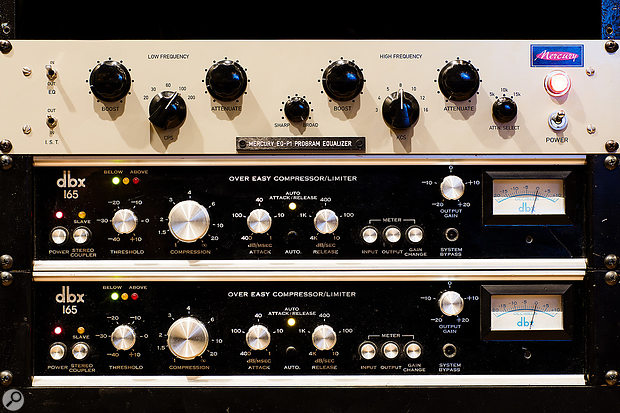 In addition, a huge selection of instruments and backline is available, including 1962 Epiphone Casino and 1963 Fender Jazzmaster guitars, a Yamaha U3 upright piano, a Hammond B3 with Leslie 122, Fender Rhodes MkI and Wurlitzer Model 200 pianos and some analogue synthesizers including a Moog Voyager and a Roland Juno 60, as well as vintage Lowrey Heritage HSO and Gibson G101 organs. There is a 1959 Ludwig Black Oyster drum kit and a large assortment of vintage Ludwig, Gretsch and Slingerland drums and Paiste and Zildjian cymbals. 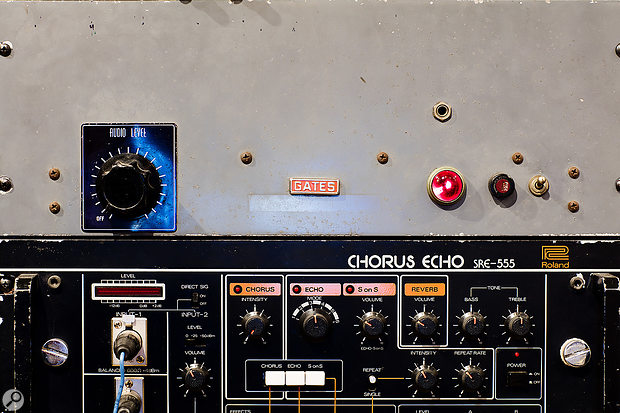 As Clay Blair puts it, he likes “recording rock & roll bands, through the API and to [Studer 24-track] tape. I also do a lot of singer-songwriters and solo artists, but working with bands you don’t know what to expect during the sessions, and I love that feeling!” 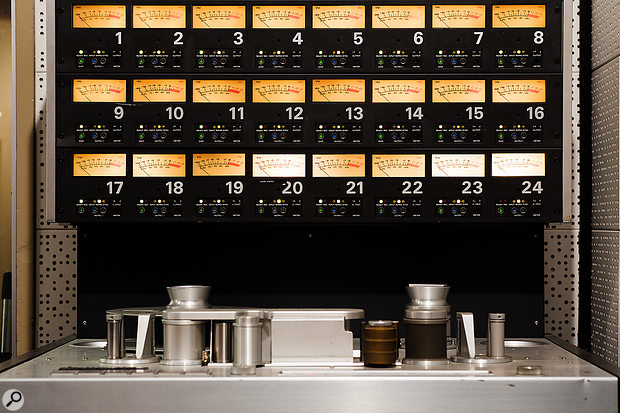 His client list reflects these preferences, featuring artists such as War On Drugs, the Cult, Richard Thompson, Keith Urban, Good Charlotte and 30 Seconds To Mars, to name just a few. 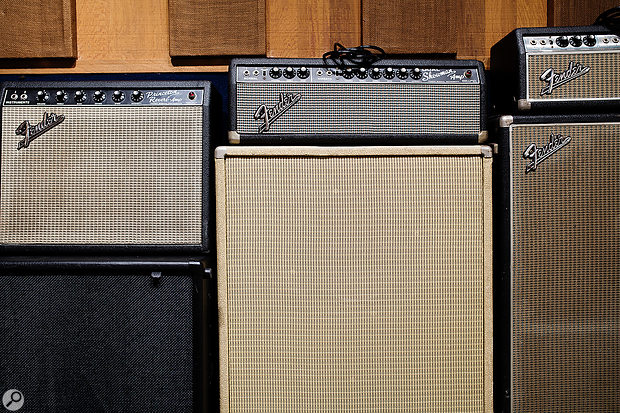