What immediately caught my ear in this track was the extraordinarily mono-incompatible piano sound, which is much brighter and more present in the stereo Sides component than in the Middle component. But once I’d got over that moment of mix-nerdy fixation, it was the subtle tambourine/shaker sound in the main groove that endeared itself to me most of all. It’s very understated, but if you compare, say, the opening beat entry at 0:07 to the percussionless section at 2:12, it’s clear that it’s adding a great deal of life to the basic rhythm hits. Indeed, it’s a great example of the production axiom that groove inhabits ‘the space between the beats’. 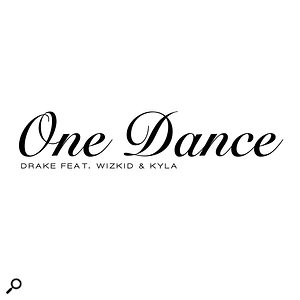 This production also offers excellent opportunities to dissect its low-frequency anatomy. For example, the two main elements of the kick-drum sound are handily separated out at 2:11 and 2:48. The first of these layers, the powerful ‘knocking’ attack, should be of particular interest to any student of electronic chart genres, because it provides a great example of the kind of low mid-range attack that increasingly seems to be replacing the plasticky HF click as the kick-definition device du jour. I also like the gentle saturation components on the other kick element in this track (that subby rhythmic purring), not least because it gives it some traction on small speaker systems.

It’s informative to cancel out the kick drum using polarity-inversion techniques (a loop of the four kick beats at 0:54 works well for this purpose), because it reveals that the bass line which enters at 1:34 uses a synth sound comprised primarily of even harmonics. This isn’t the kind of harmonic structure you’ll get from any of the standard synth waveforms in their basic form, but it’s nonetheless not too tricky to implement in practice: either you can half-wave-rectify a sine-wave (GVST’s freeware GRect plug-in will do this if you set its Dry control at 0dB and its Wet control at -6dB), or you can double a sawtooth-wave synth with an additional sine-wave sub-bass signal an octave beneath it. What I like about this synth sound is that it offers a hollowness to its timbre that’s somewhat reminiscent of a square wave (which, by contrast, comprises only odd harmonics), but with that strong second harmonic delivering a thicker, less sub-reliant low end to the mix tonality. As such, it makes a good deal of sense to me that such a synth patch was chosen in this particular arrangement, given that the kick drum’s sub-bass elements leave precious little headroom to accommodate the bass line’s fundamental frequency, in which context that second harmonic helps the bass sound more solid within the mix balance as a whole. Mike Senior

I’m about as un-hillbilly as any man alive, but on a production level I find myself increasingly drawn towards bluegrass records, as havens of quality musicianship and fine acoustic timbres. This year’s Grammy winner for Best Bluegrass Album is one such specimen, as evidenced by this song. 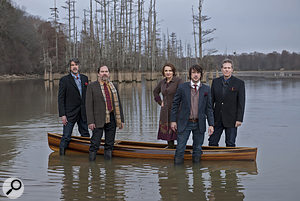 On a wonderfully relaxed groove from the bass and acoustic guitar, the banjo and mandolin overlay their delicate filigree, while a gorgeously syrupy and spacious fiddle tone floats around them. But the sonic highlight for me is the mellifluously blended three-part vocal harmonies, testimony to singers whose timbres have naturally grown to complement each other through years of live performance. Notice in particular the 3.5kHz ‘country twang’ emphasis in Gary Nichols’s lead-vocal tone (particularly strong on “where everything is going” at 0:26, for instance). Had he overdubbed the backing vocals himself, there would likely have arisen a harsh energy build-up at this frequency. As it is, though, the other voices go easy on that zone, and instead fill out the lead’s sparser spectral areas to generate a group texture that’s peerlessly solid and homogeneous. But, best of all, each singer’s performance is so nuanced and musical that ‘blend’ never translates to ‘bland’. It’s a vocal masterclass that singers in any style could learn something from.

If you see this band live, the banjo and mandolin tend to share a mic to the left-hand side (from the audience’s perspective), while the bass, fiddle and lead vocalist cluster around a shared vocal mic on the right. However, the producers have sensibly abandoned this layout in stereo, in favour of more musically sensible positioning. So the bass and acoustic guitar (serving double-duty as percussion by virtue of its strong pick noise) are placed centrally, providing the rhythmic and harmonic backbone, and the lead vocal joins them there, as befits its lead role. What’s more interesting to me is that the vocal harmonies aren’t spread across the stereo image at all, as is common in other styles. Irrespective of whether that’s just the result of recording the singers around one mic, as they’d perform live, I think it’s amply justified from an aesthetic perspective, because it maximises the cohesion between the three voices. (Stereo separation would have ‘unblended’ them perceptually, because of the psycho-acoustic ‘cocktail-party effect’ I discussed in this column back in SOS October 2013.)

It stands to reason that the banjo and mandolin parts are set on opposite edges of the image, taking them out of conflict with the vocals and spreading the fine rhythmic detail evenly across the panorama, but what about the fiddle’s centre-right location? While that’s more of a personal judgement call, it’s one I’d happily concur with. Firstly, the fiddle’s potential for making the overall mix image feel one-sided is mitigated to a degree by the stereo width of the fiddle’s capture — it’d be more of a problem if it were a point source, in my opinion. And the right-hand side of the image seems the more appropriate too, because it somehow balances the banjo’s tone on the opposite flank, which is significantly more ear-catching than that of the mandolin which constitutes its rhythmic counterpart. Mike Senior 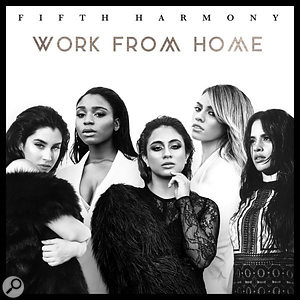 Fifth Harmony’s production team offer Daniel Bedingfield the sincerest form of flattery here with a main riff which is (in the words of Humphrey Lyttelton) within a gnat’s crotchet of his 2001 hit ‘Gotta Get Thru This’. Unfortunately, Bedingfield’s lead vocal knocks spots off the unimaginative sultriness of these girls, so I’m not sure the similarity plays out that well for Fifth Harmony in the grand scheme of things. Mind you, most of their fans were probably still nibbling rusks 15 years ago...

If you can manage to put that out of your mind, though, there are a few nice little sound-design details to appreciate. Firstly, there’s the low-level bed of super-long reverb (or maybe it’s just a synth pad that sounds a lot like reverb), which, together with smatterings of vinyl crackle and noise-based transition effects, provides a good deal of atmosphere and ‘glue’ to an arrangement which is otherwise extremely sparse. This is a tactic that’s particularly good for electronic music, where sounds are very upfront and real acoustic cohesion (in other words recorded room ambience or spill between mics) is frequently thin on the ground. And, secondly, there are those intriguing little ‘dog in pain’ yelps that appear at 1:16-1:31. Mad as a brush, perhaps, but certainly a smartly calculated head-turner! Or maybe they’re subliminal marketing aimed at pets? With Syco’s name in the credits, nothing would surprise me... Mike Senior 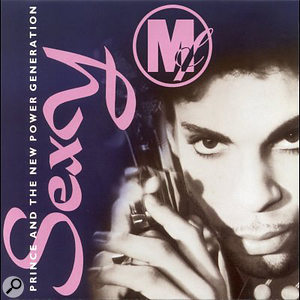 While hardly his best-selling single, this dance-party favourite is the one, above all others in this sadly departed artist’s oeuvre, that really slays me from a mix perspective. The groove is tight as a duck’s arse, but with no lack of funkiness, and I love the way neither the kick nor the bass is particularly aggressive sonically, but both nonetheless manage to come through the mix as independent elements, such that complicated interactions between them (such as those under the signature brass swell at 0:42, for example) can be fully appreciated. It’s difficult to reverse-engineer the reasons for this clarity when you’re listening to both together, so it’s handy that there’s a small section where the bass drops out at 3:00, revealing the drum’s firm damping and tasteful, not-too-bright beater slap.

The bass line, for its part, doesn’t go for the aggressive mid-range spectral peakiness that frequently distinguishes funk-bass timbres, but rather opts for a smoother but still well extended mid range at a lower relative level. Although this isn’t as immediately ear-catching, it does maintain a good sense of warmth while nonetheless remaining very robust in terms of small-speaker carry-through — in other words, no matter how lumpy or restricted the frequency range of a consumer’s speaker, this bass line always somehow manages to make its presence felt.

Another aspect of this mix that’s very effective is the stereo contrast that’s made between the main riff’s wide snare/horn stabs and all the central instruments, including kick, bass, rhythm guitar, and vocal. What this does is create a dramatic rhythmic pulsing of the stereo width (usually on the first and fourth eighth-notes of each bar) that adds tremendously to the sense of excitement and internal movement in this track. To hear this effect at its starkest, check out the baritone sax’s moment of glory at 1:38, as well as the dry-as-bone guitar solo at 3:00 — another surprisingly understated tone, given the instrument’s lead role at that point. Mike Senior