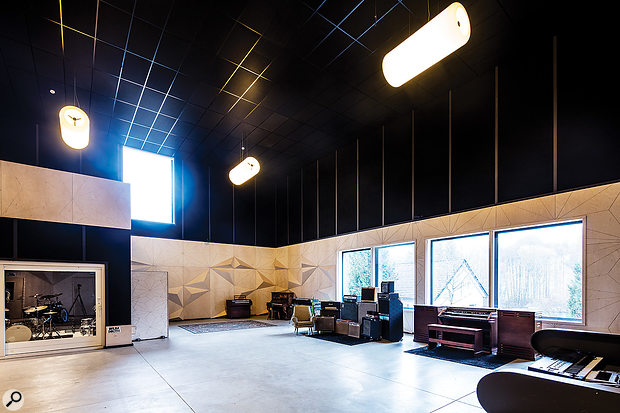 It is not unusual for individual recording studios to be part of a larger business operation, but the setup around Daft Studios is quite unique. Although it only opened for business in 2017, it did not appear out of the blue. It is, in fact, the rightful heir to and successor of another legendary large studio, La Chapelle. 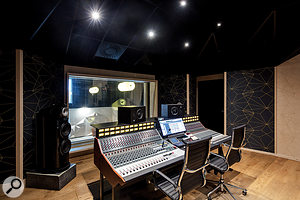 With a 70-square-metre floor space, the control room is a flexible environment that can accommodate multiple players during tracking and overdubbing. sessions.Located in Malmédy in the Belgian Ardennes, La Chapelle attracted clients as diverse as Marvin Gaye, the Gotan Project and Hooverphonic. Daft studio manager Stijn Verdonckt started his career in the music industry there in 2005 as an assistant, and was given the chance to take over the whole studio in 2008. By 2015 the studio, one of Europe’s largest, was in need of extensive remodelling, and it turned out to be more feasible to build a new venue from scratch, optimised from the ground up for the role. The team around Verdonckt and two investors secured a lot near the edge of the village with scenic forest views, and after two years of construction, Daft Studios was ready for business. 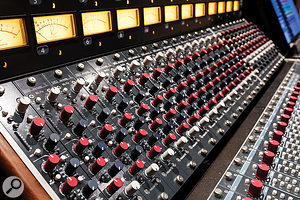 The Rupert Neve Designs 5088 Shelford Edition console has 32 input modules of the 5052 type.The studio is named after the communications agency that operates under the same umbrella, but Stijn Verdonckt cheerfully admits: “It was a bit of a daft idea to build a studio of this kind in this place and in this time, so the name took on a second meaning, too!“ La Chapelle was a large studio and Daft embodies the same values. The main recording area has a floor space of 200 square metres, with an eight-metre high ceiling. Three isolation booths of various sizes and acoustic properties are accessible from the main hall, and the wardrobe in the entrance, with its concrete walls, doubles as an excellent echo chamber. 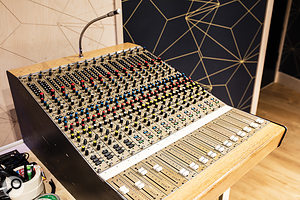 A vintage 15-channel Cadac A-series sidecar is on hand for tracking and mixing duties. 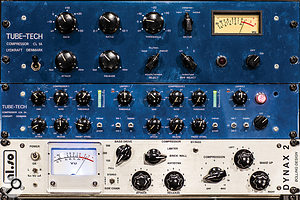 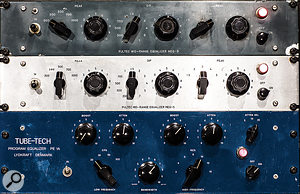 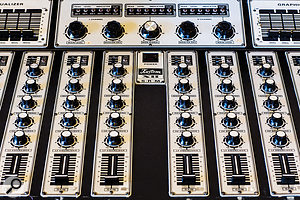 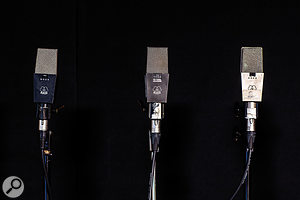 The microphone collection includes vintage classics such as these AKG C414, Sony C48 and Neumann U47 FET models. 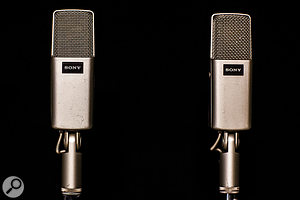 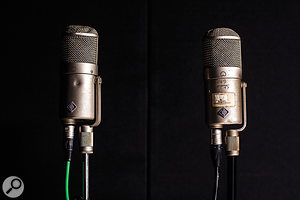 As in Abbey Road Studio 2, the control room is on the first floor, the difference being that Daft adds a spacious gallery to one side of the live room, overlooking the open space and offering direct views into the control room. This provides an ideal position for setting up overdub recordings. At 70 square metres, the control room is also very spacious, and it provides access to yet another isolation booth often used for vocal tracking or to lock away guitar amps.

A residential studio, Daft provides artists with a four-bedroom penthouse on top of the main studio building, and there is more accommodation courtesy of a 16-room hotel in a separate building next door. The original idea was to provide the venture with an additional stream of income — it is located in a quite touristy location, with the Spa racing circuit nearby — but the additional accommodation has often come in handy for studio-related matters. When Daft held a writers’ camp in collaboration with the Studio Bruxelles radio station, it allowed nine teams of three members not only to sleep but also to work independently on the premises.

All spaces are connected with a Dante network, and often rooms are converted into rehearsal spaces or additional venues for pre- and post-production. This way, projects can be fully completed at Daft without the need to book the main studio for every production stage. Even the spa area in the hotel basement offers a nice little treat: the pool next to the sauna is equipped with an underwater loudspeaker system directly connected to the studio’s main control room, allowing mixes to be checked while unwinding after a long day’s work.

Speaking of treats, the control room is home to a beautiful centrepiece crafted by Rupert Neve Designs: a 32-channel 5088 Shelford Edition console. Each channel is loaded with a 5052 input module which combines preamp and EQ sections, and the centre section has nine 5051 EQ/compressor modules. A vintage 15-channel Cadac A-series sidecar offers even more recording inputs and tonal variety. The RND console, not the bulkiest soundboard to begin with, is housed in a custom frame with a producer desk in the centre, forming an ideal workplace which combines classic tone and practical DAW integration.

The outboard collection includes analogue EQs and compressors such as a number of vintage Pultecs and an Al.So Dynax 2 compressor, but the main focus lies on the effects units. There is an EMT 140 plate, a Lexicon 480L, TC Electronics Reverb 6000 and vast numbers of 19-inch units such as an AMS DMX 15-80S delay, two Eventide H3000s, half a dozen Lexicon units from a PCM42 up to a PCM90, and several analogue tape echoes.

The mic locker includes Neumann U47 FET, U67 and M269c models as well as AKG C12A, Coles 4038, Sony C48 and RCA BX-44 mics. And as well as a rather larger assortment of drums and amps, the backline boasts plenty of rare and vintage keyboard instruments, including all the classic electric pianos, a Yamaha CP80, a Mellotron M300 and a Korg VC10 vocoder.

Daft Studios have been in high demand since their grand opening. The client list after a few months in operation includes Two Tone Club with producer Tony Platt, Sigala, Yannick Bovy, Stephen Malkmus and the Jicks, Bertrand Cantat, Paul Stacey (the Black Crowes), Chris Urbanowicz (Editors), Matt Howe, Jagz Kooner, Jon Gray, Amenra and many others, and the film soundtrack recording business is picking up, too.

Daft is beautiful proof that large-scale recording facilities still matter in this industry, and that they can be operated successfully even in more remote locations.