We’d all love to work with the LSO at Abbey Road. But if we don’t have the budget, are we betraying British musicians by looking overseas?

Dragging our music away from the DAW into the realm of real instruments often seems like an uphill struggle. Firstly, there is the time and hassle. Real musicians require setup time. They require a studio to record them, microphones, engineering and production. They need you to be able to communicate what you need them to do, and this communication often requires you to have some knowledge of music notation: an arcane language system created more than a thousand years ago and peppered with dots, lines, squiggles and Italian. Often they need coffee before they’ll even consider starting. Also, they need paying. 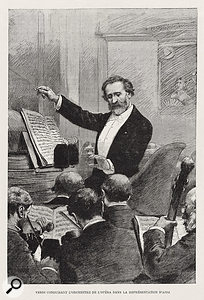 “There’s no need to play it that well, my friends. It’s only gameshow music for some cheapskate TV composer from England.”With media music budgets getting smaller by the day, trying to persuade your clients to give you some extra money to make it even better by splashing out on some real musicians can feel like trying to convince someone ordering at a KFC drive-thru to pay extra for solid silver cutlery. Our samples and virtual instruments are awesome, and the better the sounds you have and the better you are at faking convincing performances from them, the harder it is to persuade anyone that it is not yet as good as it could be.

I’d be the last person to ever attack the Musicians’ Union, or the fine work they do protecting the rights of musicians in the UK, but there are very strict rules governing what you have to pay orchestral performers employed to record on soundtracks, and limitations on how much recorded music you can create with them in each hour of studio time. In short, recording an orchestra in the UK is often an expensive and complex process — yet a brief look at the list of big-budget movie and video game scores recorded here testifies to our reputation as being the best place in the world to record a full orchestra.

But what if your client isn’t Disney? What other options are available? Turns out there are loads. Globalisation impacts all aspects of society, from the food you eat to where your car is made, and orchestral recording is no exception. FAMES Project in Macedonia is one example of a collection of fine musicians who offer the chance for those working on mid- and lower-budget productions to get a good orchestra for not very much money. Similar studios in Prague, Bratislava and Moscow offer the same sort of thing. Not always the easiest places to get to, these setups benefit from offering remote recording options where you get a high-bandwidth live audio stream of the orchestra at work and have good webcam links to the control room and conductor.

The worry is, of course, that by taking recordings overseas we rob British players of session work. I’d argue that isn’t always necessarily the case. For example, a recent orchestral session I booked in Macedonia featured about 30 string players and 10 brass players, and it cost me a little over £1,000 per hour. This included studio costs, conductor and a little bit of an arranger’s time. The end result was terrific and, having costed lots of different options, I couldn’t have got close to that size of recording in the UK for the same sort of money. So, in effect, foreign orchestras are filling a gap in the market that the UK doesn’t particularly feel like filling.

Ultimately, any live music is good for all of us. It raises the bar on production standards, and if we can convince clients with even low and mid-range budgets that live orchestral music is an achievable aspiration, we are surely more inclined to see working with more expensive and prestigious British orchestras and studios as the next step on our career paths.