Can't find what you want in a music library? No problem. Just hire a composer to write it for nothing! 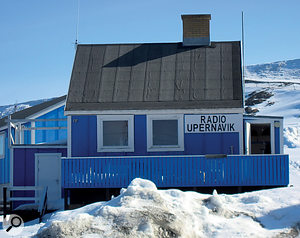 "Welcome to drivetime on Greenland's third most-listened-to radio station. We'll be right back after these few words...”

Hi there. You want some music? For a radio advert? Sure thing.

It's a soundalike of a novelty song from 40 years ago? But with a techno beat and some Christmas bells on top? Oh. OK.

What I think you probably mean is that you'd like me to create an original piece of music that was inspired by, but is in no way an infringement of, an existing copyright work? Did you mean that? Like I'm tipping my hat respectfully in the direction of another composer and not ripping them off? Is that what you meant? Thought so.

What kind of budget do you have? Really? Not a penny? That's disappointing. So you aren't being paid to make the ad, and neither is the voice-over artist, nor the agency that commissioned it, nor the radio station that is broadcasting it?

Oh, they are being paid! That's a relief. So why have we all elected not to pay me?

Because they were hoping to just use library music? Excellent. It's kind of a long shot, though, isn't it? You know, hoping that there would be a 29-second version of an homage to an obscure novelty track from the 1970s but remixed with a contemporary dancefloor rhythm section and some jingle bells on it, just sitting on a library disc somewhere? I might be speaking out of turn here, but I think there's a chance that some music libraries might consider that a bit too much of an exacting brief to appeal to the widest range of potential users.

What's that you say? Why don't I do the track for free, then add it to my own music library? You think the client and radio station would be OK with me doing that? Really? They'd honestly have no problem with me creating a bespoke track for them for free, then you think there's a chance you could get them to be magnanimous, generous and really helpful by allowing me to use the music that I've created for another potential use in the future? Because if I had a pound for every time a client has had an urgent request for a half-minute-long, hippy-trippy, shiny, polished-turd techno novelty with bells on, I'd be able to retire! That really is big of them. That's one of the kindest gestures anyone has ever shown me. Giving me permission to work for free and still retain the rights to my own work.

Oh yes, of course, I'd forgotten about the performance royalties. Naturally I can still earn the big bucks from all that lovely PRS. What stations will the advert be broadcast on? Independent local radio in the Arctic Circle? Imagine if this advert makes it onto YouTube as well, and we get, like, 20 million views! I'll need a tiny brush to collect all the dust-like micro-pennies this gig is going to earn me.

Thanks for your call. I'll get onto it straight away. No honestly. It's my pleasure.