It's time media composers stood up for themselves — and their art. 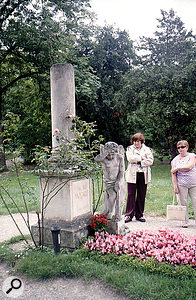 "Just some composer no-one's ever heard of. Wouldn't have lasted a minute on The X Factor.”

John Barry OBE, one of the titans of British film composing, died in 2011. The morning after his death, David Arnold — an obvious modern successor to the title — was interviewed by the Today Programme on BBC Radio 4. He was expecting, not unreasonably, to be asked about Barry's legacy, the immense body of work he had contributed, his awards, and the impact his composing had left on the landscape of 20th Century film and classical music. As it turned out, the opening question he had to deal with in the hours following the death of his friend and hero was: "Film music… not exactly Mozart, is it?”

If the general contempt and indifference for media composing of the highest possible standards is common currency amongst even the supposed media elite, what chance do the rest of us have? Music rights are being attacked on all sides, from production companies driving harder and harder bargains to greedy music libraries offering a flat fee of £70 per track, with no further mechanical or broadcast royalties of any kind, ever (this is not a joke, by the way). And if our best and brightest have to spend their days defending the legacy of a five-time Academy Award winner, how can the humble but dedicated composer trying to carve out a career writing music for daytime kids' shows possibly hope to be taken seriously by the industry they are trying to serve?

Yes, there are too many people trying to get into it, and this leaves us all vulnerable to market forces and the risk of being treated as though we are 10 a penny. Yes, we are all disparate and terrified and don't get together enough to fight for our collective rights — join BASCA if you want things to get better in this regard. And yes, we've all sold ourselves and our talents short at one time or another for the glory of being able to add a cool project to our showreels. But, like Aretha Franklin, all we are asking for is a little respect.

Just Because It's Film Music...

Operas were the 18th Century's version of 3D cinema and Mozart composed a staggering 22 of them before he died aged 35. Were he alive today, there is absolutely no question that he would have been a film composer (and probably a recovering methadone addict, sports-car collector, alcoholic and pornography aficionado as well). I defy anyone to listen to the canon of work by, for example, John Williams and view it as anything less than the works of Stravinsky, Chopin or Brahms. Just because film music has to play a supporting role, or by definition, must be guided firmly by the subject matter, storyline, director or any of the other myriad concerns of a large media project, does not make it any less artistic, worthwhile or enduring. In fact, the reverse is true. Media music is the art of the small canvas: the haiku where there is rarely space for excessive theme development, flights of fancy or indulgence. The number of considerations media composers have to balance in order to get the job done is incredible. Even if you exclude the budgetary limitations, time constraints and number of people above you in the production chain that have to approve your work, the trick of managing to pull something lasting and memorable out of the hat at the 11th hour is nothing short of extraordinary. And the number of times that John Barry managed it was a lasting inspiration to us all.

So, in answer to the question, my response would have been "Yes, you pompous old hack. Film music is exactly Mozart.”