So you want to be a media composer? Then remember: it's not about the music you love, it's about what's right for the show. 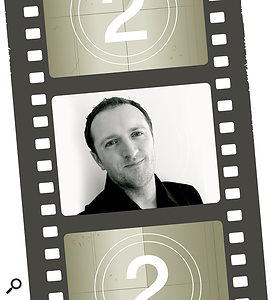 Since writing a scathing attack on the quality (low) and quantity (high) of music technology courses in the UK (SOS June 2009: /sos/jun09/articles/notes_0609.htm), I've been engaged in something of a personal crusade. I've visited a good number of colleges and universities across the country, giving lectures and question‑and‑answer sessions to wannabe media composers, trying to paint as accurate a portrait as possible of what young people can expect to come up against in the world of creating music for a living.

And what do you think have been the most frequently asked questions?

4. Who can I send my music showreel to?

And let's not forget: these are groups of kids in their late teens and twenties who have signed up to three‑ and four‑year courses, pinning their hopes on making it in the big, bad world of commissioned music. 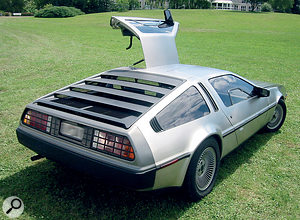 Needless to say, many of their showreels have landed in my inbox. I am always happy to give (for what it's worth) honest and impartial advice and criticism, and, without exception, they have all suffered from the same problem — which is, ironically, the same problem that many TV producers, editors and directors fall victim to. They confuse the kind of music they personally enjoy with the kind of music that is appropriate for the situation.

The chances of a new composer being actually paid to write music within the first two years of setting him or herself up in business are pretty slim. The chances that a composer's first proper gig will have anything whatsoever to do with the kind of music the composer likes to do (which, judging from the showreels I receive, is usually dark, atmospheric, techno‑orchestral film‑score stuff) are virtually non‑existent.

What music commissioners want is variety, flexibility and an ability to demonstrate viable tracks in a wide range of TV styles: drama, news, kids, quiz, family entertainment, daytime and so on.

A really impressive showreel demonstrates not only what you can do and what you like to do, but what you can potentially do if asked. I'll let you into a secret. Pretty much everyone already working in TV music wants to be Hans Zimmer, but hardly anyone wakes up in the morning wanting to write the theme tune to the Trisha show. In other words, there's a pretty long queue round the block for guys with Vienna Symphonic Library on their laptops, but if you can pull off credible, catchy, familiar daytime music, the queue is considerably shorter.

Be Smart, Not Cool

So am I pessimistic about the future of TV composing? Certainly not. For two reasons: One, there are some incredible young talents working hard to make it. Two, I absolutely refuse to feel sorry for a generation of people who can today buy a Mac Mini for less than £500, with a program of mind‑blowing coolness such as GarageBand included free. I've owned reel‑to‑reel tape machines in the past. I understand the meaning of hardship.

Taking what the poet Robert Frost described in 1915 as "the road less travelled by” and stretching yourself into unexpected and less 'cool' genres really can make all the difference.