Pitching for work is frustrating, time-consuming and, unless you're very lucky, unpaid. But at least the best demo (usually) wins. 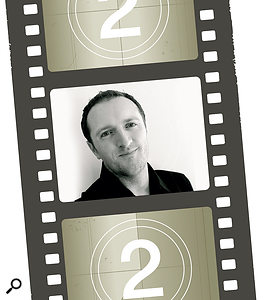 A journalist rang me recently to ask what I thought about paid pitches. She was doing a piece on whether or not composers should be paid to provide demos or do developmental work. I said I thought it was a wonderful idea, but that as no‑one has ever offered to pay me to submit a demo, I wasn't really the best authority on the subject.

If you're lucky enough to be asked to pitch for a job, obviously there are a few key points you'll need to keep in mind. Firstly, it's worth asking how many other composers you are up against. Ask if they already have a preferred composer in mind. It's possible the director has a good relationship with someone, and you are simply being asked to provide some 'perspective' or alternatives to a direction they are already pretty sure about. I know it sucks golf balls through garden hose but hey, I didn't make the rules — I just work here. 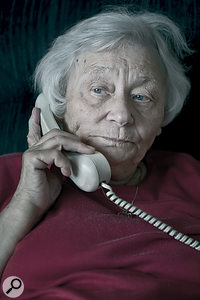 "Hello, is that Associated-Rediffusion? Listen, I know it's a been a while but I wanted to make sure I got the demo exactly right...”Don't forget you are trying to get them to buy into the idea of you as a co-worker as well as a tunesmith, so your friendly, can-do attitude and ability to turn around good work in next to no time and take severe amounts of (often inane) criticism or (worse) utter indifference is all part of the package.

If they ask for one idea, make sure you give them three. And never, ever submit anything you wouldn't be happy to hear on TV for years to come. Not only because original ideas sometimes end up getting used 'as is', but because disclaimers like "It's only a demo” or "It'll be better when we do it properly” only confuse the non-musician. How is anyone not in the biz supposed to know a good drum loop from a bad one? And you can't expect them to see past the crap guide guitar part or the dodgy mix you did to get it done on time. It either sounds right or it doesn't, and it's your job to make it sound spot-on — even if the core idea might not be appropriate for the project.

And this is where the real brinkmanship starts. How badly do you want the gig? In theory, the longer you spend on a pitch the better your chance of getting the job. But conversely, if you spend too much time on a demo, you could lose other work in the meantime, and of course compound the bitterness and disappointment you will inevitably feel if your demo doesn't get picked.

The great thing about this process, however — indeed, the only good thing — is that in my experience at least it's very democratic. Each demo is looked at on its individual merits. I can't imagine for one minute that a TV director or producer would pick their second‑favourite demo because it was provided by a composer with a 'track record'. Which means that there really is no old boys' network, and a kid with a basic setup in his bedroom, with a good idea and the right demo sent to the right person at the right time, has as much chance as anyone. If that doesn't make you want to roll your sleeves up and get stuck in, nothing will.

Like it or not, life's a pitch, but if you're starting out you could also see it as the best opportunity you will ever get.