Will the recession have music going for a song? 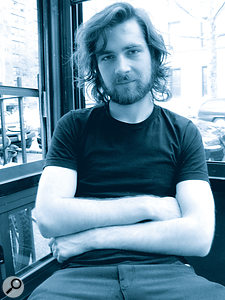 The world is on the brink of collapse, or so we're told, and no one is safe from the dreaded credit crunch — the evil beast that swallows banks whole and snacks on the jobs of the hard‑working public. As the economy comes closer to a global grinding halt, no job is guaranteed, and the music industry is almost certain to suffer. In a world where us lowly musicians already struggle to survive, how are we ever going to cope in such an economic apocalypse?

Fortunately, history shows us that music has always had a very good relationship with recession — so let's not panic and put our studios in the classifieds just yet. Many of the major movements in British music have been born out of eras of high unemployment and economic crisis. When punk kicked off in '70s London, the UK was on its knees — recovering from the three‑day week, trade‑union uprisings and a tumorous inflation figure of 20 percent. After the Sex Pistols came to visit in 1976, Manchester embraced this social upheaval with open arms, and influential names like the Buzzcocks, Joy Division and, later, the Smiths came springing out of areas that were drowning in a tide of unemployment. This slump also led to plenty of vacant warehouses popping up around the city, which catered for the rave culture in the mid‑'80s and thus had a huge influence on UK dance music.

And there have also been similar patterns in the US. In the 1930s, migration from the poverty‑stricken south was the catalyst for Chicago's jazz scene. In the early '80s, Chicago house and Detroit techno emerged from the abandoned buildings of the cities' bygone heyday, the techno scene kicking off in Detroit soon after the white middle‑class ditched the city centre for suburbia. So if history is willing to repeat itself — as it has done so often — there could be very exciting times ahead and a much‑needed resurgence of musical creativity.

There is no doubt in my mind that the music industry as we know it is on its last legs. As much as it has embraced the digital age, it is still to develop a reliable and consistent business model for the modern market. In June 2008, the fall in CD sales was yet to be cushioned by a rise in legal downloads, and the effects of the credit crunch also mean that this dwindling source of income is going to fall even further. Zavvi has already bowed out, HMV is slowly becoming DVD, and 12 months from now I suspect that there will be very few CDs selling on the high street.

But after taking all these factors into consideration it is amazing how many people are nevertheless determined to operate within the old, rusty mould of the music business. The 'dinosaurs' in the A&R offices have yet to become fully extinct, and most of us must know one retro band out there still chasing an equally retro record deal.

It doesn't take the most insightful business analyst to see what has caused the music industry, as well as the economy, to crash so badly. Over the past 10 years, we have been living in an insatiable and greed‑driven society. With materialism dictating our lives, companies gladly fed our addiction. And, let's be honest here, the recording industry has been just as guilty as everyone else. Now times have changed, many studios across the world will be hitting the stop button for the last time and this is obviously going to have a knock‑on effect on music technology sales. How likely is it that we're going to see all those software and hardware upgrades dished out at the same rate they were 18 months ago?

Still, there could be positives from the impending doom. We have reached a point where we have become saturated with musical mediocrity, and all of this could mean that there will be fewer cash‑injected artists clogging up the airwaves and denying real talent a chance to be heard. People will be turning their backs on consumer goods and extravagant expenditure, and may be more likely to turn to the arts for a source of inexpensive entertainment.

This, of course, would be nothing new. Back in the Great Depression, the US government developed the 'Federal Music Project', which employed musicians to play morale‑boosting concerts across the nation, and these were a great source of inspiration for the struggling public. Now, if only Gordon Brown would follow suit.

Conor O'Brien is a freelance engineer and writer who operates out of London and New York, while counting the pennies in between.