When it comes to pitching music to TV executives, there are only two golden rules. The first is to meet the brief, however sketchy it might be. The second? Never, ever try to be cool. 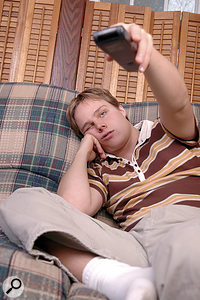 When asked which came first, the music or the lyrics, the great 20th‑century American songwriter Sammy Cahn famously replied "Neither. The phone call comes first." I love this quote, not because it's true, but because it perfectly sums up the life of the composer for hire.

Providing you don't make a complete fool of yourself on that initial phone call — ie. by claiming to be anything other than "really excited" by the project and "completely available" — your next hurdle will be to decipher The Brief. Briefs can be anything from a two-line email with a vague description of the project to pages and pages of scripts, director's notes, stage blueprints, lighting designs and DVDs of the developmental run-throughs and pilot episodes.

The more briefs I see, the more I am convinced they are usually put together in the same way that your music is appraised — in a busy production office, with a few people passing by throwing in comments and suggestions as to what they think is the right direction. And here's the tricky part: trying to get a client to know the difference between what they like and what they need. This is born out by the sometimes terrifyingly vague and often contradictory guidelines you can expect to get: "daytime, chatshow, friendly, safe, familiar, accessible, musical influences should include strong references to Linkin Park, Neil Diamond, Mozart, Lily Allen..."

But the most worrying combination of words is 'catchy' and 'cool' in the same brief. Think about it. Can you name for me a catchy tune that is the least bit cool? The Coco-Pops jingle is catchy. 'Singin' In The Rain' is catchy. Miles Davis is cool. But you can't imagine Kind Of Blue working as a celebrity cookery show theme tune. 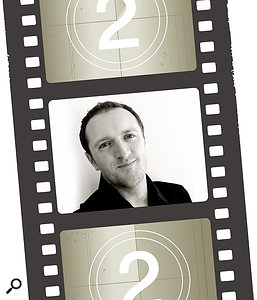 All programmes need a unique hook: a shorthand musical signature that viewers can immediately associate with the show. Unfortunately, the kind of people who work in TV are terrified of having anything perceived as uncool. Most composers I know would rather experiment and take risks in order to give any project a bit of an edge, and to be fair, most decent programme-makers would as well, but by and large, shows end up playing it safe. Why? Because ratings are everything and you need to appeal to the largest number of potential viewers.

Alienate enough people with any element of your programme and the show is in trouble, as happened to me in 2001. Shafted was launched to much fanfare on ITV and taken off air after just four episodes. It was subsequently listed as the Worst British Television Show of the 2000s in the Penguin TV Companion of 2006. Or, to put it another way, it was officially crowned the most appalling programme of the decade — four years before the decade had even ended. So total, in fact, was its failure that host Robert Kilroy-Silk put his TV career on hold shortly afterwards and re‑entered politics. So, in an indirect way, you partly have me to thank for the resurgence of the UK Independence Party.

Shame, because my music for the show was really cool.