Off The Record: Who Owns What?

How can we expect people to value music when we don’t keep track of who owns it?

The death of Prince in April stunned everyone. But it also revealed a huge elephant in the room. The Artist Formerly And Then Known Once Again As Prince left behind a massive trove of music in varying states of completeness. Worse, it is almost certainly also in various conditions of ownership. Somewhere among the 26 LPs’ worth of material, he reportedly left behind a slew of documentation — or not — of when and where and under what conditions certain recordings took place. 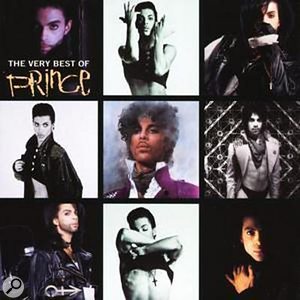 That will have a huge effect on the value of those recordings, and of the estate itself. Early estimates put it at around $300 million, but the ‘celebrity death boost’ — the bump in sales that accompanies the passing of a notable — could push it as high as $800 million. Nielsen reported that on the day he died, grieving fans bought 239,000 Prince albums, with another 399,000 albums sold that weekend — up more than 16,000 percent from the previous weekend, when about 2500 albums were sold.

How Prince’s career will proceed from here will be an interesting story, especially if you’re a lawyer. It will likely follow the arc of Elvis Presley’s, and those of Jim Morrison, Jimi Hendrix, Marilyn Monroe, James Dean and a host of other celebs who have earned far more money dead than alive. But Prince’s recorded treasure trove at Paisley Park underscores a related phenomenon that’s plagued studios for going on a half a century: production elements left behind at the studio, sitting in legal and creative limbo while collecting both dust and the potential for some very annoying liabilities.

For much of that time, studios would end up storing dozens or hundreds of multitrack reels — basic tracks, vocal-comp reels, drum-track reels — and quarter- and half-inch mix reels, left behind as the detritus of production but still retaining huge potential value, depending upon the artist. More recently, hard drives, thumb drives, FireWire drives and other formats lie in boxes on shelves, awaiting reclamation by their creators. Each of them is a possible treasure, but one fraught with unknowns, both creative and legal. As attorney Elizabeth Gregory, who has represented dozens of artists and producers, told me: “The big problem is that often there are incomplete or even no production notes at all left behind. You don’t know who played on the masters, whether the players have been paid, whether the masters contain samples, who wrote what and what the splits are, who produced, who mixed them, and so on. Then there are side-artist clearance issues, union issues, copyright issues, possibly exclusivity waiver issues regarding guest artists. You may not know when they were recorded. Maybe they were created during the term of an exclusive recording or publishing agreement, and subject to the terms of those agreements. It’s terrifying. At least with digital recordings you can usually determine when they were created, but as to who is on them? Good luck.”

Orphaned production elements have been a problem since time immemorial (only two percent of the 3000-plus cylinder recordings produced between 1889 and 1894 by the North American Phonograph Company have been accounted for). In the age of tape, bulky boxes of Ampex and BASF multitracks used to clog studio closets and storage rooms until they reached some kind of critical mass, prompting studio managers or owners to threaten forgetful clients with bulk erasure if they weren’t retrieved.

These remnants of decades’ worth of sessions have become the stuff of legend. Bill Holland, Billboard’s Washington bureau chief in the 1980s and ‘90s, recalls on his blog a moment in the ‘70s when Columbia Records decided to clean out their storerooms. “So the word gets out, and at lunchtime, there’s all sorts of people from the building standing around the dumpsters on East 52nd St, and there are tapes, acetates, track sheets, session notes, you name it, all over the street, and people trying to save this or save that,” someone present at the time remembered. The two largest labels of the end of the tape era, Sony and BMG, were reported to have 1.9 million tapes, acetates, metal parts, and so on between them. Small wonder that independent studios had an even harder time of it, especially in New York City, where space is always at a premium.

Dave ‘Roz’ Rozner, who has managed Quad Recording there through its various iterations over three decades, says clients, whether they’re major labels or indie artists or producers, have not gotten any better about managing their materials. “We’d call them, fax them, message them, take out an ad in the newspapers, then we’d have to purge,” he says. “It used to be tapes; now it’s tapes, hard drives, thumb drives, everything. Some clients come in with a two-track and just overdub vocals, then leave with a mix on a thumb drive and leave the rest behind. It’s become so disposable.”

Until it’s not. Tony Drootin, who managed MIDI pioneer facility Unique Recording for 13 years, Sony Music Studios for a decade, Puffy’s Daddy’s House Studio for five years and now runs Platinum Studios, says there are gems in those piles of production elements but they’re buried under the weight of time, lack of documentation and simple neglect. “It only got worse as productions became more complicated,” he says, using Michael Jackson’s Invincible as an example. “They might have recorded 35 songs but only 12 get picked for the album. The rest get scattered, track sheets disappear. No one remembers who produced this or who wrote that.”

As artists leave us, their posterity often takes on added value. Those scattered production elements are no longer just detritus but potential gold nuggets of the future. The bottom line is that leaving pieces of projects scattered about is both leaving money on the table and asking for trouble later. Worse, it further encourages the forces that conspire to devalue music, in an age when it’s too easy to both make and consume. Pick up your stuff. It sounds like your mother talking, but she did turn out to be right, didn’t she?