Getting Started In The Music Industry By Felipe Gutierrez 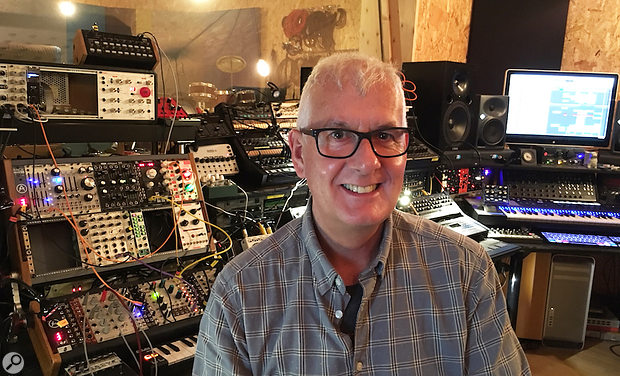 Recent graduate Felipe Gutierrez chats to record producer Steve Levine at his Liverpool studio about careers in the music industry, how to encourage good performances from your artists, and utilising whatever tech you have available in the recording process.

Starting as a trainee tape-op at CBS Studios in 1975, Steve progressed to in-house engineer and worked with many now classic new wave and punk acts The Clash, The Jags, The Vibrators, XTC as well as many of CBS Records' pop acts, including Sailor. Beach Boy Bruce Johnson was to play an important part in Steve's early career, culminating with Steve producing an album for the Beach Boys several years later. Steve produced all of Culture Club’s classic hits and the bands’ three multi-platinum albums.

Since then Steve has worked with a wide spectrum of artistes and composed a number of film scores. Artist collaborations include Honeyz, China Crisis, Gary Moore, Ziggy Marley, Louise, The Creatures, Lemmy & Motorhead, David Grant, Westworld, Mis-teeq, 911. He also produced and composed the score for the action video game Hyperbrawl.

In his career, Steve has collected a number of prestigious awards including BPI Producer of the Year, Musicweek Top Singles Producer and a Grammy for his work with Deniece Williams. Plus a Sony Radio Award.

Steve has also appeared on many radio and TV programs, and is a regular guest on BBC’s 6 Music. His radio production company Magnum Opus Broadcasting produces several shows for the BBC; in particular The Record Producers, a radio documentary series for BBC Radio 2 and BBC 6 Music for which Steve received a Sony Radio Award for the 'Best Specialist Contributor'. This acclaimed documentary series focuses on the art of record production from the producer's perspective.

Along with his radio and TV work, Steve is currently busy producing exciting new bands for his new label Hubris Records.

Steve is a Director of PRS For Music, a member of the MU, PPL and The Music Producer’s Guild, as well as a LIPA Companion (Liverpool Institute for Performing Arts). 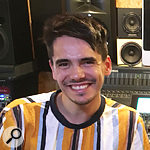 Felipe is a BA Music Technology and Popular Music 2018 graduate from Huddersfield University.

He carried out his course with a strong focus on music production and music for the moving image. During his placement year, Felipe worked at Warner Music as a marketing intern, but ever since graduating he has been working as a freelance sound engineer and composer.

Some of the highlights of his career so far include working on Ben Frost’s score of the second and third seasons of Netflix’s hit series Dark, over at Soundgas Studios alongside Tony Miln and Ben Hirst; working with Yusuf Islam Foundation (founded by Yusuf / Cat Stevens) on a variety of projects.

He has also worked as an assistant engineer for Kit Downes, as a recording and live sound engineer for the RIOT Ensemble, and has worked for American bassist and label-owner, Michael Janisch from Whirlwind Recordings. In addition to this, he is a writer and composer for The Nerve , a music library based in the UK.

Currently Felipe lives in London and has started to get more involved in the studio circuit, working as a runner at RAK Studios.