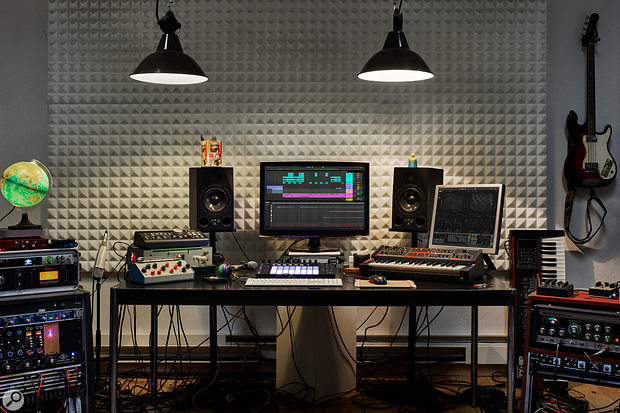 Ableton Live has long been a different beast to other DAWs, not least because of its clip launcher (or Session) view that lets you remix your own tracks on the fly. With the release of Live 10, Ableton have aimed not to make Live more like any other DAW. Instead, they have worked with their existing user community to refine and streamline it and make it better at what it does best.

These refinements include scores of new workflow enhancements including a cleaner interface, multiple MIDI clip editing, one-key zooming, the ability to create groups within groups, MIDI note chasing, I/O renaming and loads of other little workflow tweaks that will save you time. 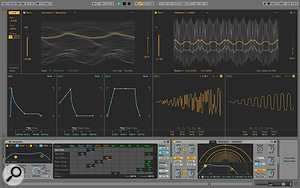 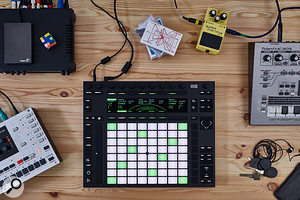 Live 10 introduces new visualisations for Push 2, including for new Echo plug-in pictured. If you own a Push 2, the new update gives you even more control and visual feedback than ever before. As well as each of the above devices having their own, custom (and attractive) interfaces on Ableton’s hardware controller, EQ Eight and Compressor both get a visual overhaul. EQ Eight now displays live spectrum analysis and EQ curves, while Compressor visualises the effect of the dynamics processing. With Push 2, there’s also a new step sequencing layout that allows simultaneous sequencing and real-time playing, and the hi-spec OLED screen shows MIDI notes within clips using a piano roll interface.

Max For Live has been a part of Live for some time, but with Live 10, it gets embedded in a deeper way. This means you can open a Max For Live device as you would any other regular device. These look more 'Live-like’ and it means quicker load times and lower CPU usage. In addition, Max For Live can now access hardware MIDI ports, something that was not possible before.

Keep an eye out for our full review coming soon!

Field Music: Building A Track In The Studio
1 month 18 hours ago.