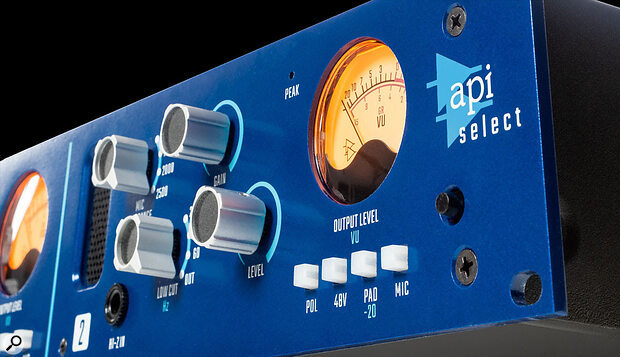 API have just launched a new sub-brand, called API Select, under which the US console legends plan to release products that, in their words, “don't necessarily conform to API's classic component structure or topography”. For example, API aren't known for making valve equipment or guitar pedals, but the first tranche of API Select-branded kit includes two tube-driven rackmount devices and a brace of stompboxes.

The T12 is a twin-channel valve preamp loaded with 12AT7WC and 12BH7 tubes, and both input and output transformers. Among all the usual preamp facilities (phantom power, polarity switching, a pad, and a high-impedance instrument input) are some less common features such as variable input impedance, and a choice of three high-pass filter frequencies.

The T25, meanwhile, is a dual-channel valve-based compressor, which employs the same valves and output transformer as the T12. In addition to all the expected controls (all of which are stepped, incidentally, for accurate recall), it incorporates a de-esser function, and a Thrust mode, the latter of which weights the side-chain signal more towards mid and high frequencies, resulting in a 'punchier' sound.

Two solid-state rackmount devices are also being introduced. The SR22 is a twin-channel compressor, with a more limited set of controls than the T25 (but still retaining the Thrust function), while the SR24 is a two-channel, four-band EQ, loosely based on the company's APSI Model 562.

Finally, the TranZformer GTR is a stompbox-format EQ, while the TranZformer CMP is a guitar-friendly compressor. The former is a three-band affair that also incorporates a Boost circuit (which itself can function either as a clean booster or as an overdrive), while the latter applies its compression via a proprietary API 2510 OpAmp, has selectable feed-back/feed-forward modes, and can apply parallel compression via a wet/dry Blend control.

Although the API Select range represents something of a departure from API, it's all still designed, built and tested in the company's Maryland factory, and is priced commensurately. Thus, the valve-based T12 and T25 are due to cost just over £2000, while the solid-state SR devices will run to around £1200. The pedals, meanwhile, will sell for between £200-£300. 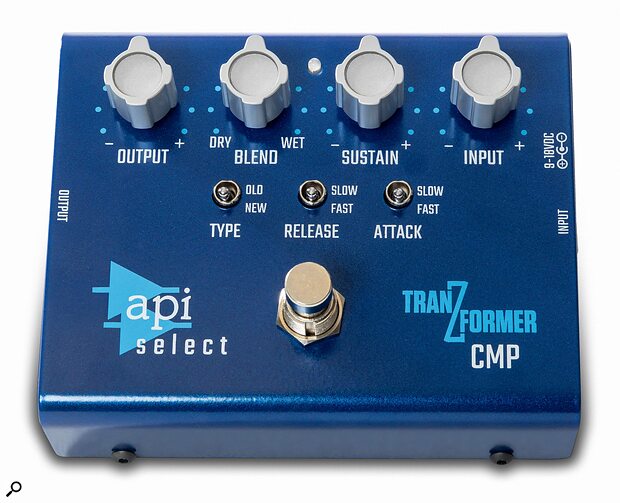