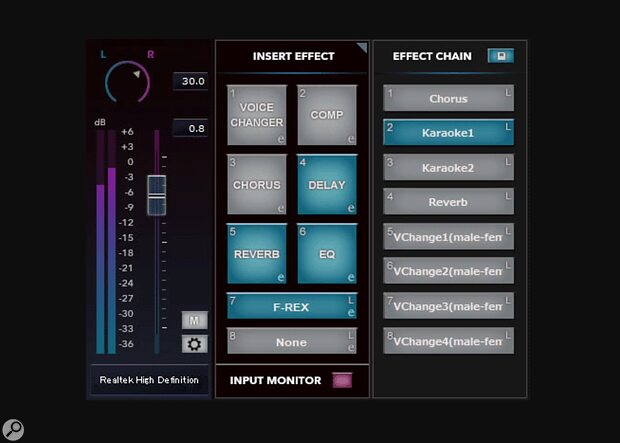 In addition to its integral effects, you can also load up any of your own collection of VST2 plug-ins. The AIFX software will then appear as a 'virtual' input device, with your choice of input (an audio interface channel, say, or a USB microphone) running through all your selected processors in series.

Audio Input FX 2.0 is available now, and works on both 32- and 64-bit versions of Windows 10. It carries a normal price of $79, but is currently on sale until 30 September for the introductory price of just $56.