Published 5/7/18
New VST released by the makers of Sound it! mastering software 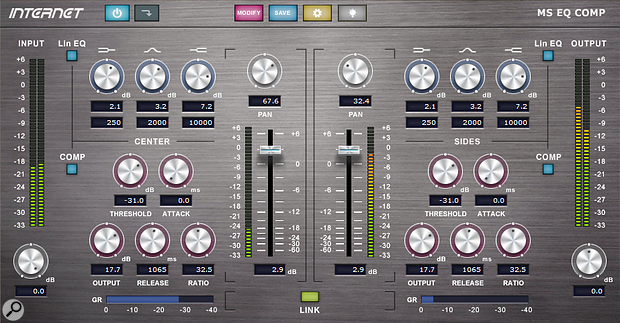 Internet Co., the Japanese developers behind Sound it! editing/mastering software have released a free VST plug-in called MS EQ COMP for both Mac and Windows.

The plug-in allows you to encode a standard stereo (left/right) signal into MS (middle and side) and add their equaliser and compressor separately to middle and sides signals, and also edit the volume and pan.

If you’re new to Mid-Side processing, it’s a practice whereby a stereo signal is converted into ‘middle' and ‘sides’ channels. Instead of applying processing to Left and Right channels, processing can then be applied to just the sound coming from the middle of the stereo field, or indeed just the sides. This lets you adjust the relative stereo width, bring up the ambience of a stereo track and much more.

MS EQ COMP then automatically decodes the MS signal back to left/right stereo so it can be monitored.

It is available now for free from http://internetmusicsoft.com/sit/

Mastering Essentials Part 3 - How loud should I master?
1 week 1 day ago.