This year’s Film Music Contest officially launched last month (June 2022), with all music and film artists able to submit their compositions and films featuring original scores. Featuring a total of four categories, the contest is the largest of its type in Europe, and is and open to all sound designers, bands, musicians, instrumentalists, producers, filmmakers, and videographers worldwide, with no age limits.

This years competition features two entirely new categories, with entrants able to compose a score for scenes from a professional feature film and the opening sequence of a new video game. 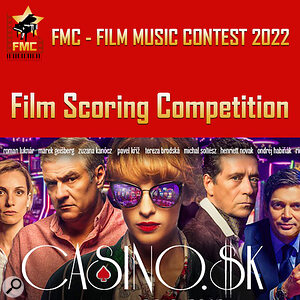 This category gives entrants a chance to score a sequence from feature film, Casino.sk. The category is open to composers of all levels, from complete beginners looking for their first experience of composing for professional visual media, or experienced composers seeking to improve and enrich their portfolio. Several scenes have been selected from the first of the film's two storylines, which illustrates the luxurious space of a casino as a gambler clears out one table after the other in an attempt to make as large a fortune as possible. The visuals are available without a soundtrack on the FMC website. 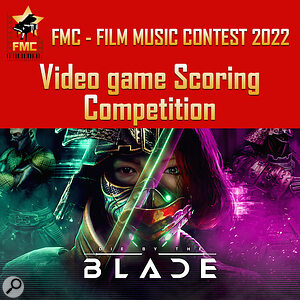 FMC have teamed up with Grindstone, a video game production and publishing company, to give entrants the chance to score the opening sequence of their latest video game. Set in an alternative future Japan where advanced modern technology meets medieval Japanese weapons in a so-called “samurai-punk” world, Die by the Blade centres around a clash between feudal rulers and rebellion gangs. The visuals from the game's opening sequence are available on the FMC website, with entrants encouraged to experiment with their musical ideas and explore their creativity.

Registation is open to all sound designers, bands, musicians, instrumentalists, producers, filmmakers, and videographers worldwide, with no age limits.

Contestants have a few months to register for FMC 2022, the deadline for registration and submission of all entries is 12 September 2022. Registration for all categories is available via the official FMC website: https://www.fmcontest.com