Get your music heard by Abbey Road & SOS! 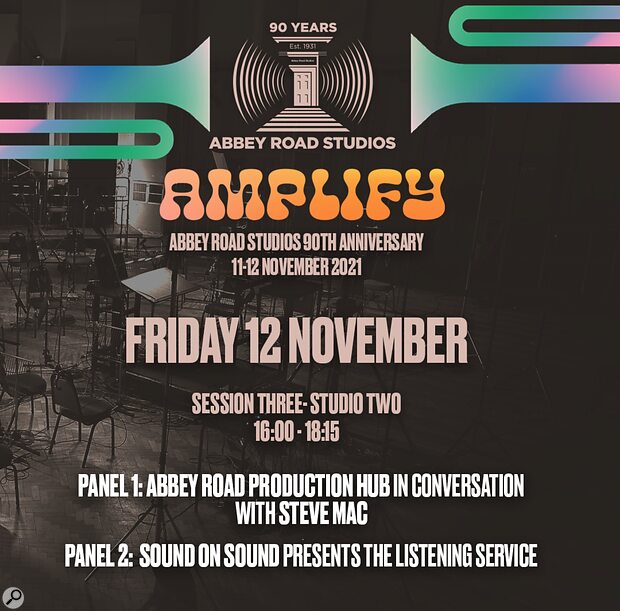 Abbey Road will soon be celebrating their 90th anniversary with a week-long festival titled Amplify. The festival will comprise of a series of events, each held in association with some of the biggest names in music and music production, including Universal Music Publishing, PRS For Music, Pitchfork, Island Records — and your favourite magazine, Sound On Sound!

SOS's part in the celebrations will be to host a live-streamed panel called The Listening Service, on Friday 12th November. Here, you'll get the chance to have your music heard by Abbey Road engineers John Barrett, Lewis Jones and Paul Pritchard, along with our own Editor In Chief Sam Inglis, at the venue's world-class Studio 2 control room, after which you'll receive priceless feedback and critique from some of the best ears in the industry!

To submit your music for consideration, all you have to do is send the track you want heard to abbeyroad@soundonsound.com, by Friday 29th October.

To find out more about the other fantastic events taking place as part of Abbey Road Amplify, follow the URL below.