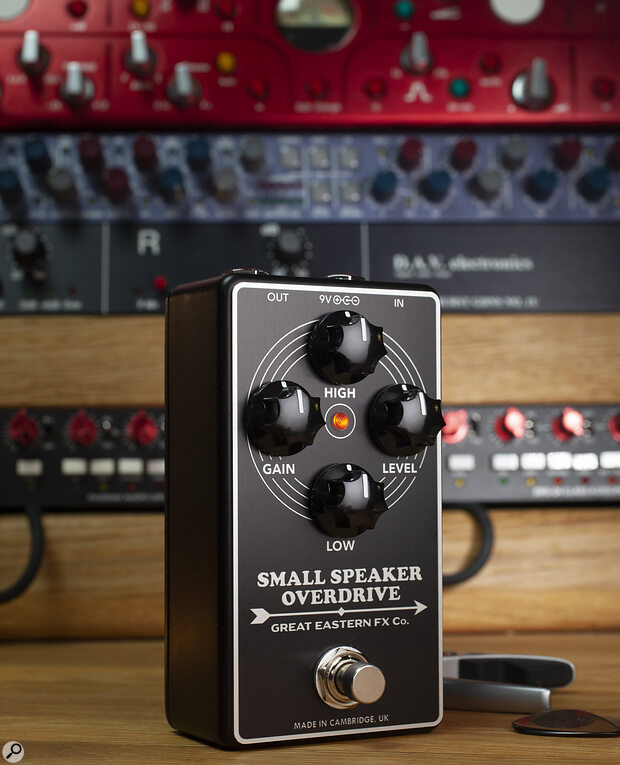 As anyone who’s ever seen the real guitar amp behind the prop Marshall stacks at a stadium rock gig knows, bigger isn’t always better when it comes to tone. Some of the most iconic guitar sounds ever recorded have come from dinky combos like the Fender Champ, and that’s exactly the sort of sound that Fenland tonequesters Great Eastern FX have sought to capture in their debut pedal.

About the pedal’s inspiration, Great Eastern FX say: “Bolstered by a mic and mixing desk, these little amps sound anything but small, delivering sweet, dynamic drive at lower volumes. Most importantly, the small speaker naturally rolls off low end and emphasises upper mids, putting the guitar exactly where it wants to be in the mix. It’s a technique that’s been used on countless recordings, by the likes of Duane Allman, Eric Clapton, Joe Walsh, Billy Gibbons and Mike Campbell, to name just a few.”

The pedal itself, its makers say, offers “low to medium gain”, ranging from an “almost-clean boost with added grit when you dig in, to the kind of honky, saturated drive most often associated with an overdriven Champ.” In terms of controls, there’s little to daunt tone purists, with just four knobs governing gain, level, treble and bass. The high control here offers both cut and boost, while the low is a boost-only affair.

The Great Eastern FX Small Speaker Overdrive is available now, priced at £219 including VAT. We’ve already got a review under way, and our early tests have proved very promising indeed. Check out the video below to hear it in action...