How to get a gig as a Game Music composer 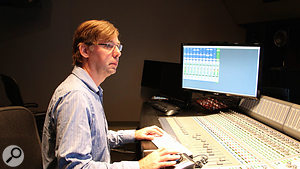 Game Sound veteran Brian Schmidt (Madden, Game of Thrones, NARC) and founder of GameSoundCon.The ever growing number of video games on all platforms create new opportunities for composers – but how do you break into this market? How do you cross over from composing for Music, TV and Film and land a job in game sound production?

We found someone who can tell you: Brian Schmidt, a 28 year veteran of the game audio industry and recipient of the Game Audio Network Guild “Lifetime Achievement” award in 2008. He has created music for over 140 games including Madden, Game of Thrones, NARC as well as the boot sound for Xbox. Brian’s company SoundCon puts on GameSoundCon, the annual conference for professional game sound composers and audio producers who want to break into the games industry.

Whether you are looking to get hired as a freelancer for game sound projects or find employment with a large game company, Brian has some great, practical tips: