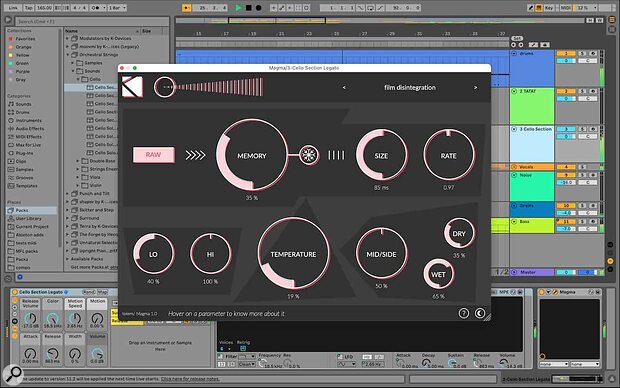 Magma continuously records the input signal in a short buffer and then plays back the content, blending different moments in time to create a ‘texture’. A variety of parameters then allow users to adjust the resulting sound, offering a wide range of possibilities including reverbs, infinite sustains, drones and weird percussive timbres. The plug-in is also equipped with an EQ section, a Temperature distortion parameter which adds noise-based amplitude modulation, and a Mid/Side control to allow adjustment of the texture’s stereo width.

Magma is the first plug-in in K-Devices’ new Totem series, which the company say will offer a range of unconventional audio effects in a compact, easy to use format at a low price point.

Both Windows and macOS are supported, and the plug-in is available in VST3 and AU formats.

Magma is available now from the K-Devices website. It is currently being offered for an introductory price of €19 until 1 November 2022, after which it will be priced at €39.