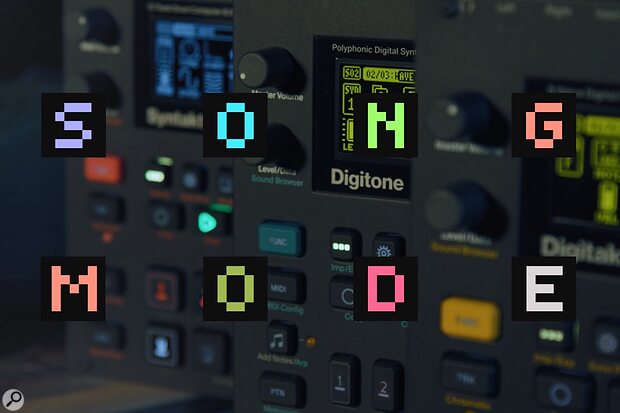 Elektron have released an operating system update which adds a range of new capabilities to their Digitakt, Syntakt, Digitone and Digitone Keys instruments.

The update introduces one of the most requested features from users: Song Mode. This allows users to create, edit and play compositions made up of dozens of patterns, which can be joined together to extend beyond the limit of the 64-step sequencer. Entire setlists can now be created within a single song, and external MIDI devices can be sequenced from Song Mode on each of the updated instruments.

In addition to the new mode, a range of other features are also included in the update. Syntakt has gained Portamento, Legato and Global FX/Mix functionalities, whilst Digitakt, Digitone and Digitone Keys gain a Keyboard Fold feature along with some additional scales. Elektron say that a number of general improvements and bug fixes are also included.

Alongside the operating system update, Elektron have also released the latest version of their Overbridge software, which offers deeper control and enhanced DAW integration when connecting compatible Elektron instruments to a computer.