Peluso revisit the U47 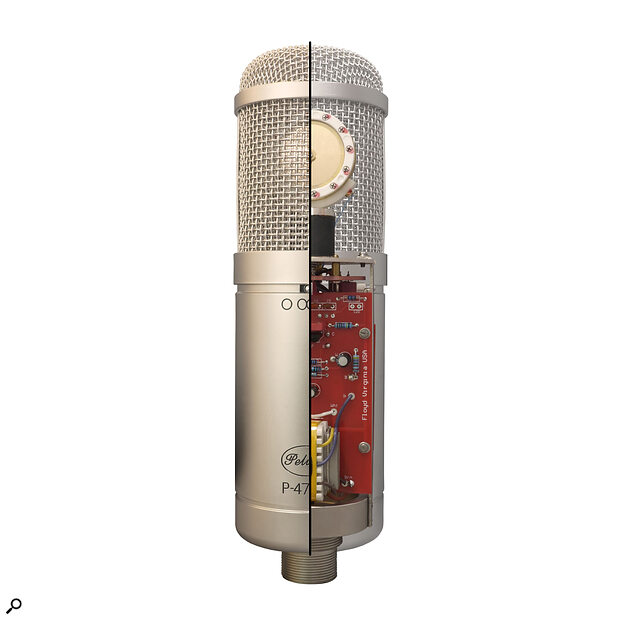 Peluso have just released a new microphone which aims to provide the sound of a Neumann U47 at a considerably lower price. The U47 is one of the most revered microphones ever made, and also one of the most frequently imitated — indeed, Peluso have done so before themselves, in the 22 47 range. Those microphones are available in three different types — the standard, LE and SE versions — all of which are valve-powered (the base model with a 6072A, and the others with a new-old-stock VF14).

The new P-47 SS, in contrast, is a solid-state microphone, and thus considerably easier to make and more affordable. In addition, the use of a FET rather than a valve provides a lower noise floor and reduced distortion — though we understand the mic is still intended to sound like an original vacuum-tube U47, rather than the later (and rather different) U47 FET.

The all-important capsule is the same as that on Peluso's more expensive U47 homages, being a Braunmühl-Weber type with a 34mm diameter and centre termination, and its pickup pattern can be switched between cardioid, omnidirectional and figure-8 modes. A 75Hz high-pass filter can also be engaged.

Peluso's P-47 SS is available now, for £1149 including VAT, and ships in a flightcase with a velvet bag, shockmount, mic clip and windshield.

From DX to MODX with Manny Fernandez | Podcast
1 week 4 days ago.