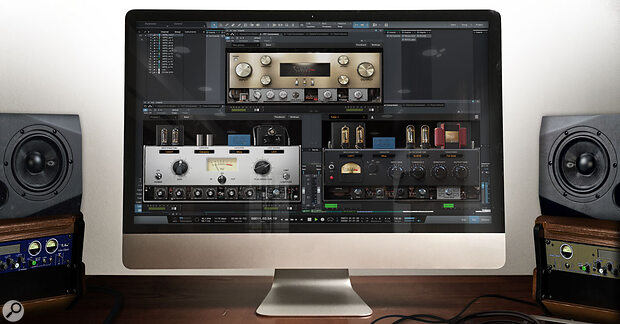 BIAS Amp and BIAS FX creators Positive Grid have announced the launch of their Pro Series Studio Plug-ins — software recreations of FET, tube, and optical compressors that introduce profiling and component based compression for the first time ever in a plug-in. With their DSP engineering and component-level modelling expertise, it is now possible, say Positive Grid, to accurately reproduce the many subtle nuances of classic and modern analogue studio gear right down to the component level.

Positive Grid say that the compression profiling works by measuring the dynamic response, pre and post filters, nonlinear transformer characteristics, and attack, release, and ratio curves to capture the nuanced sound of any compressor. The idea is to give users virtual access to a wide assortment of the best compressors in the world, “no longer limited by the traditional plug-in architecture”, say those behind the venture. Positive Grid is also working with audio engineers, producers, and artists to create what they call “an endless virtual platform of the best sounding compressor profiles” with their Pro Series Studio Plug-ins.

The compressors also offer the facility to switch out tubes, capacitors and transformers for different sound characteristics. As with Positive Grid’s other ventures, the Pro Series Studio Plug-ins are intended to be accessible not only to professional audio engineers, but to the day-to-day working musician. By using high quality 3D-rendered graphics, the Pro Series Studio Plugins should help recreate a more authentic overall experience. Naturally, we look forward to putting the software through its paces in an upcoming issue of SOS.