Published 7/2/05
Eight- and 16-channel versions now available
Solid State Logic have announced that their AWS900 consoles (click here to read original News item) can now be purchased in eight- and 16-channel versions. These 'part-filled' consoles are full 24-fader desks (identical in look to a full AWS900, pictured below), but have fewer inputs and outputs.
The desks still have the full DAW control and master sections found on all AWS900s, and additional blocks of eight channels can be added at any time.
Total Recall has now also been introduced as an option for the AWS900. Total Recall adds the ability to memorise the position of all the console's analogue potentiometers and switches, allowing them to be manually reset at a later point, a particularly useful feature for overdubs and re-mixes. Total Recall setups saved in the AWS900 can be saved to the host DAW platform as MIDI SysEx data. And from May, analogue fader automation (or 'Awsomation', as SSL like to call it) will be available as an option for all consoles.
Pricing for part-filled AWS900s and automation options is as follows: the eight-channel version costs £39,500; the 16-channel version costs £44,500; an additional eight-channel block costs £8000; Total Recall automation costs £2500; fader 'Awsomation' costs £3000.
A full console is permanently on display at SSL dealers KMR Audio. 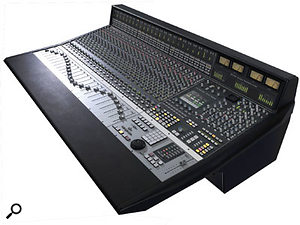