Steinberg have released Cubasis version 3.4 of its powerful audio sequencer app for iOS, Android and Chrome OS. Adding support for Ableton Link plus over 75 workflow and performance improvements, most of them added due to customer requests.

Since its first version, Steinberg Cubasis (reviewed SOS March 2013) has facilitated the use of third-party plug-ins and external controllers, recently adding MIDI Learn, Mackie Control (MCU) and HUI support, Audio Unit multi-out, keyboard shortcuts and much more. With Cubasis 3.4, Ableton Link support is now added to the extensive compatibility list, allowing users to connect with Ableton Live and other music-making apps and devices that support Link.

New workflow improvements for MIDI recording now allow users to freely place the locators to start recording. The Chord Buttons create chord sequences via single taps, and with MIDI time-stretch, users can adjust the speed of MIDI sequences with a few taps. Users will be pleased to hear about its new State Save improvements, as Cubasis 3.4 reopens projects in exactly the same state as before: editors display the same zoom levels and remember the position for each audio and MIDI event, the arranger, the mixer channel width, user setup choices and much more! 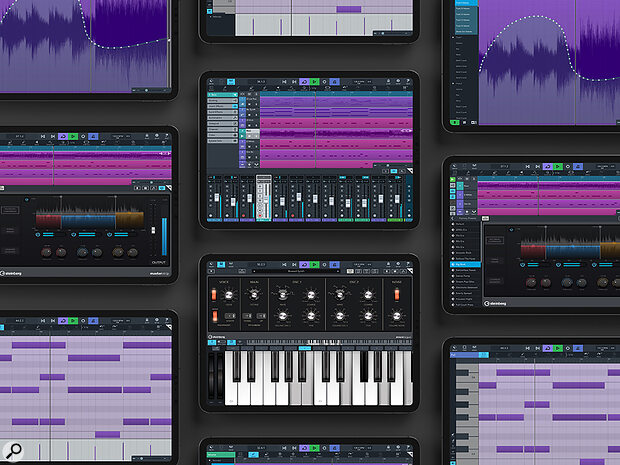