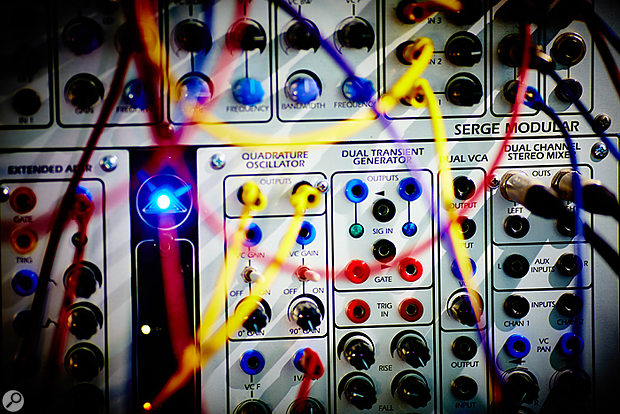 Tone Science represents what is probably Ian Boddy’s most experimental album to date, from a career spanning 35 years of recording and performance. Well known as boss of his DiN label and creator of many commercial sample libraries, this album represents a return to Ian's experimental roots.

Taking his inspiration from the random qualities of natural phenomena such as streams, waves and the leaves on a tree, the soundscapes of Tone Science use controlled random systems that self-generate the music using only analogue modular gear. The pitches of the notes in each piece have been massaged into various musical scales by the use of note quantisers, giving each of the tracks a distinct harmonic voice.

Ian Boddy said: “The actual composition process was the creation of the patch itself and in fact I didn’t physically play anything at all during the recording”.