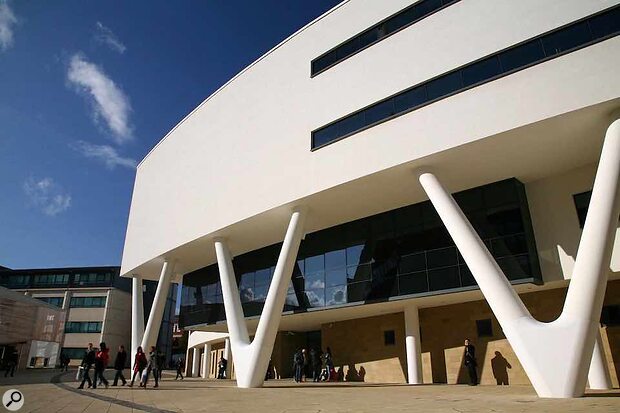 The Department of Music and Design Arts at the University of Huddersfield have announced that they are currently inviting applications for three music and media-based PhD scholarships. The Richie Hawtin Scholarship, Creative Music Production Scholarship, and The John Warhurst Scholarship in Musical Multimedia will each start in September 2023, and are all open now to applications for full and partial fee-waivers for PhD studies from UK, EU, and international students.

The University of Huddersfield has a thriving postgraduate community, with over 100 students of more than 20 nationalities representing numerous fields of study. Some of the on-site facilities include a 24-track recording studio based around an SSL console, four 5.1 surround sound studios with video editing facilities, and three stereo studios.

It is also home to the SPIRAL (Spatialisation and Interactive Research Lab) studio, which houses a 25.4 Genelec speaker system and is used for the development of new control mechanisms for the spatialisation and diffusion of sound in performance and composition, as well as multi-channel composition projects that are intended to be played back in concert and installation environments. 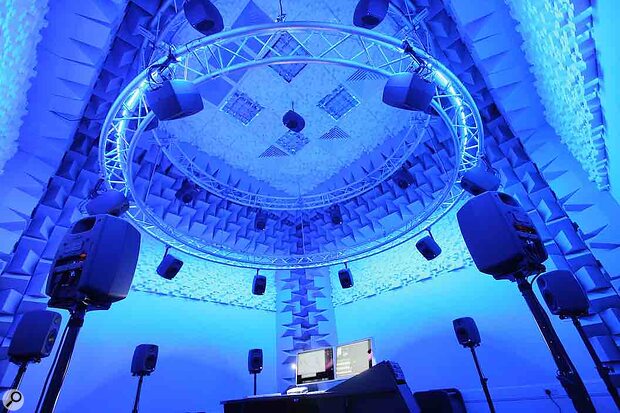 This scholarship is open to applicants who are engaged in research on any subject related to electronic music cultures or production. The University say that projects may be practice-based with a reflective commentary, analytical, theoretical, socio-cultural, or empirical, and that relevant topics may include, but are not limited to:

The successful candidate’s primary affiliation will be within the Popular Music Studies Research Group (PMSRG), which serves as a hub for practice-based, practice-led and text-based research around popular music. Where it is appropriate to the subject of the research project, some tutorial support will also be provided by musician Richie Hawtin, who is a recipient of an honorary doctorate from the University. 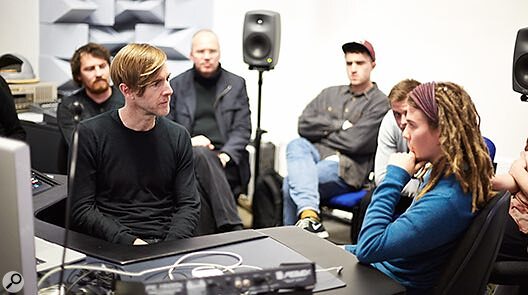 A masterclass being delivered by Richie Hawtin.

The Creative Music Production Scholarship is open to applicants who are engaged in research on any aspect of creative music production. Relevant topics may include but are not limited to:

As with The Richie Hawtin Scholarship, the successful candidate’s primary affiliation will be within the Popular Music Studies Research Group.

The University say that this scholarship recognises the work of John Warhurst, an Oscar and BAFTA award-winning sound, music, and foley editor, and graduate of the University of Huddersfield. With a love of academic and practical study, the University say that John’s outlook reflects the Department’s emphasis on musical and technical innovation, and how creative voice can be applied practically to careers in the creative arts industries.

The successful candidate’s primary affiliation will be within the Centre for Research in New Music (CeReNeM). The centre supports research in musical multimedia and sonic arts, including creative work and practice-led research in film music composition, sound design, sound and music in documentary film, and video game design, as well as immersion and user experience, site-specific installations, and multimedia art.

More information on each of the scholarships, including details of how to apply, can be found via the link below.