That Fairlight Sound! By Rob Puricelli

David Vorhaus of White Noise chats with Rob Puricelli about his early involvement with the Fairlight CMI and his Kaleidophon ribbon controller and Maniac sequencer inventions. 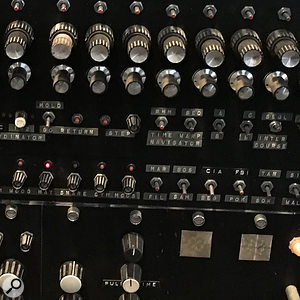 An experimental electronic musician with a background in Physics and Electronic Engineering, David Vorhaus has been a pioneer of electronic music in Britain for over 30 years. In 1968 he formed the band White Noise with Delia Derbyshire and Brian Hodgson of the BBC Radiophonic Workshop. Their debut release, An Electric Storm, has since garnered cult status and is recognised by Island Records as being an important album in its genre.

One of his early samples on the Fairlight CMI was of an orchestral stab, taken from a recording of Stravinsky's Firebird Suite by the Philharmonia Orchestra, that has since become the most used sample in music history.

As a bassist with no interest in playing keyboards, David developed the Kaleidophon ribbon controller and the Maniac analogue sequencer, something he has since rebuilt in digital form using Native Instruments' Reaktor software.