The Untold Story Of A Synthesizer Pioneer By Rob Puricelli

Don Lewis toured with the Beach Boys, as well as played studio sessions for Quincy Jones and Michael Jackson. Now the focus of a documentary film by Ned Augustenborg, The Ballad Of Don Lewis, he talks about his custom-built Live Electronic Orchestra which inspired Roland Corporation founder Ikutaro Kakehashi, and the creation of MIDI. 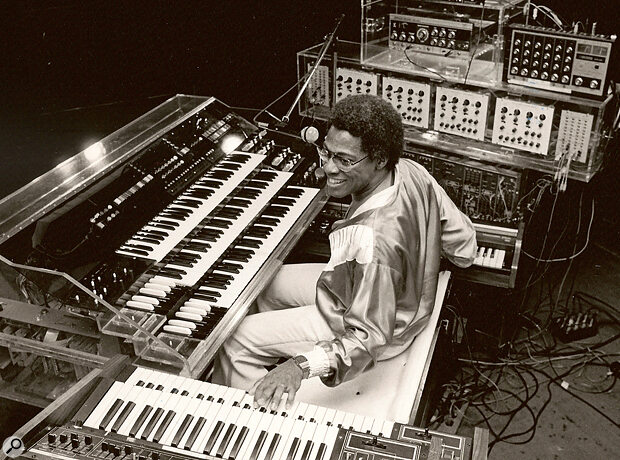 Don Lewis is a gifted musician and educator whose mission is to inspire and empower audiences to achieve their dreams. Whether presenting a solo concert or collaborating with other musicians and artists, Don's music brings a message of hope, respect, and community. Don began playing piano as a Dayton, Ohio high school student. Later, at Tuskegee Institute, he accompanied and sang with the Tuskegee Chorus and played for Dr. Martin Luther King, Jr.’s Freedom Rallies. 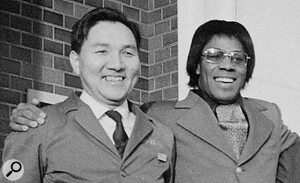 Roland Corporation founder Ikutaro Kakehashi and Don LewisUniting his interest in engineering with his musical talent, Don became one of the pioneers in synthesizer use and technology. In 1977, he designed and built a synthesizer system — the Live Electronic Orchestra (LEO) — that was an inspiration for the Musical Instrument Digital Interface (MIDI), and is now on display at the Museum of Making Music in Carlsbad, CA.

Don has performed at concerts worldwide and has appeared as a soloist with many symphony orchestras. As a studio artist, he has worked with such greats as Quincy Jones, Sergio Mendes and Michael Jackson. Don has also created scores for film and television productions including the award-winning Rainbow's End and Were You There series featured on PBS. In addition he has scored commercials for such clients as Nissan, Pacific Telephone, and Digital Equipment Corp.

Also an enthusiastic teacher, Don has taught courses in the history of Gospel Music, multimedia, and synthesizer technology at University of California at Berkeley Extension, San Jose State University and Stanford University. In 1987, Don combined his love of children, education and music to create Say “Yes” to Music! Since then, he has delighted thousands of students, teachers and school administrators across the United States and Canada with his inspiring musical assemblies.

Throughout the years Don has been a concert artist and consultant with various musical instrument manufacturers including Hammond, ARP, Yamaha, Roland Corporation, and Rodgers Instruments. He continues to delight and touch the hearts of his fans in his concerts at home and throughout the world.

Following his formal education at the University of Southern California and the University of Arizona, Augustenborg began his career in computer animation while collaborating on experimental video projects at the Long Beach Museum of Art Video Annex. He followed this by producing documentaries on such diverse subjects as the California Department of Corrections, a struggling Los Angeles Latino rock band and the early life of Nobel Prize winner Glenn T. Seaborg.

In addition to his freelance production career, Augustenborg managed several studios for a variety of Cable TV operators throughout Southern California. A recipient of multiple Emmy and Cable ACE Awards in the categories of Entertainment, Documentary, Experimental Video, and News, Augustenborg most recently produced and directed for Time Warner Cable’s newly developed sports channels in Southern California for which he received two Emmy nominations for 'Best Live Sports Coverage' in 2014.

All music clips produced, arranged, composed and performed by Don Lewis and taken from the soundtrack to the film, The Ballad of Don Lewis © Don Lewis Music 2020.
'Fall in Pleasanton'
'Hold On'
'Be-Noun-Chi'

Original Don Lewis LEO performances are available on the album Twelve Gates to the City, available from Apple Music and Amazon.