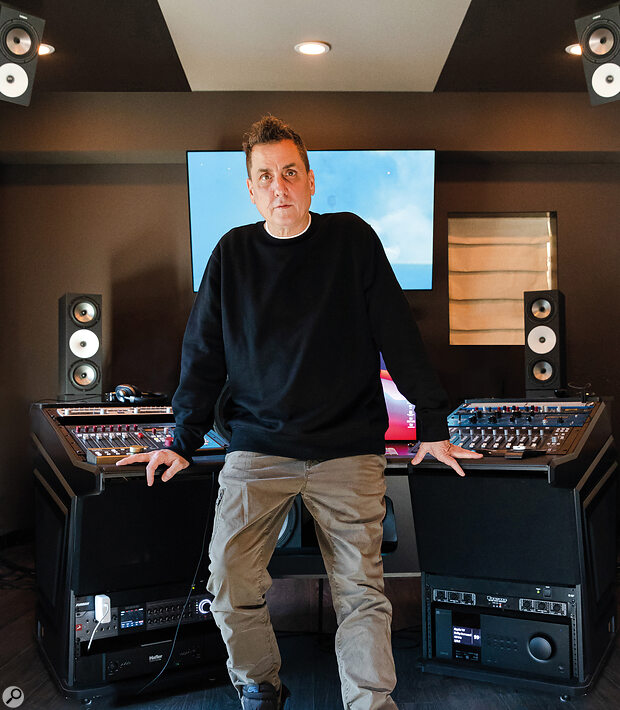 With an extraordinary track record as producer, songwriter, musician, mixer and remixer, Mike Dean is a one‑man music industry.

“I could not imagine being just a mixer, and all you do every day is to mix, mix, mix. I would go crazy. Instead, I mix a little, I produce a little, I engineer a little, I master a little, and so on. It’s good to keep things interesting. It keeps me from getting Alzheimer’s. It keeps my brain active!”

While Mike Dean’s list of his activities may already sound quite impressive here, a cursory glance at his track record makes clear that he’s in fact dramatically understating what he is up to. Wikipedia simply has him down as a “record producer” to distinguish him from Mike Dean, the Premier League referee, while others have called him “hip‑hop’s biggest stoner”. Some would argue that being constantly stoned makes it harder to keep one’s brain lucid and well‑balanced, but in Mike Dean’s case, the only thing that’s crazy about him is the spread and scale of his activities.

In addition to the above, he’s also an artist, songwriter, guitarist, keyboard player, composer, remixer, plug‑in designer and more. Dean’s credit list on Allmusic has an astonishing 1750 entries across a wealth of different genres, including hip‑hop, trap, pop, computer music, heavy metal, prog rock, film scoring, symphonic rock and so on. In short, Mike Dean may be the single most multi‑faceted and busy man in the American music industry. He manages all this because, he admits, “I’m a workaholic, a little bit, yes. But actually, I work really smart. For example, I mix quickly. I may later go back a couple of times for 30 minutes each, but that’s it. And I don’t use templates. I start with the session as it comes. You don’t want to reinvent the song. As a producer I understand that.” 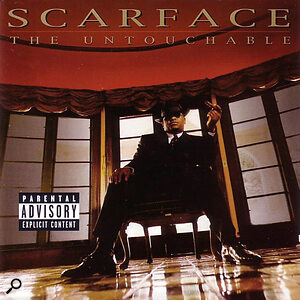 When asked what he considers the highlights of his long and varied career, Dean selects just two projects out of thousands. “I particularly like what we did on Scarface’s The Untouchable album [1992], and on Kanye’s My Beautiful Dark Twisted Fantasy [2010]. We were in Electric Lady Studios for a few months for the latter album, working around the clock. Those were some of the best sessions I can recall.”

Mike Dean had his hands all over both albums, with his credits on Dark Twisted Fantasy consisting of bass, cello arrangement, composer, engineer, guitar, keyboards, mixing, piano, producer and soloist. The album was enormously influential, winning a Best Rap Album Grammy Award, coming in at number one in dozens of Album of the Year and Decade polls, and going platinum in the UK, the US, and several other places. 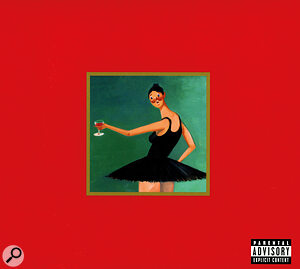 Dean is best‑known for his long association with West (now Ye), which began in 2002, when, recalls the protean producer, “Kanye first came to my house in Houston, where I had my studio, to do his first mixtape. In those days everybody flew there to work with me.” The mixtape was called Get Well Soon, and Dean has played a part in the making of almost all West albums to date, including 2003’s The College Dropout and Graduation, Late Registration (2005), Watch The Throne (with Jay‑Z, 2011), Yeezus (2013), The Life Of Pablo (2016), ye (2018), Jesus Is King (2019) and Donda (2021). In many cases Dean had a very central role, and he earned all his five Grammy Awards through his work with West, including Best Rap Song for ‘Ni**a In Paris’ (2011).

Dean comments: “I’d say that Twisted Fantasy and Pablo are my favourites of the albums I did with Kanye. However, I can’t discuss how I work with Kanye. His process is his story to tell.”

The fact that West does not allow his collaborators to talk about their work with them is a loss to the world, as there surely are endless fascinating stories to disclose. At the time of the interview, West and Dean were still hard at work on Donda 2, but all the latter will say is, “We’re back at full speed! Firing and hiring engineers every day!”

The story of how Mike Dean went from an unknown Texan to someone who helped reinvent hip‑hop, trap and pop music, and who now is on his way to becoming the next synth god (see box) starts in 1965, when he was born, in his own words, “in the middle of nowhere”. It was, in fact, not far from Houston, Texas. He tried his hand at saxophone, piano and bassoon at a young age, became a serious classical piano player and was part of the school orchestra. In his teens he graduated to playing hard and prog rock in school bands, and also soul, funk, blues and country in cover bands.

Still a teenager, Dean was invited to join Parliament‑Funkadelic when their keyboard player Bernie Worrell left to join Talking Heads, but instead he chose to play for local group Selena y los Dinos, because, he recalls, “It made more money!” He became the group’s musical director, and also acted as a producer for singer Selena while she was still a young girl, before quitting in the mid‑1980s.

Dean continued working in piano bars, and in the late 1980s was a member of a local group called Def Squad, in which he tried samplers and drums machines, and started making hip‑hop. He connected with the new and local label Rap‑A‑Lot, and ended up being mentored by the label’s producer John Bido. Through the label, and using his ever‑growing skillset, Dean ended up becoming one of the key people in the development of Texas rap, helping develop what’s called Southern Rap, aka the Dirty South sound, and working with artists like Scarface, Geto Boys, Do Or Die, 5th Ward Boyz, UGK, Tha Dogg Pound and many more. Two albums by Scarface that he co‑produced, The Diary (1994) and The Untouchable (1997), went platinum.

Around the turn of the century, Dean moved to New York, where he opened a studio called Dean’s House Of Hits. This, he says, “was in my apartment, and kind of crazy. But all my studios have...