Where The Light Gets In

Gone are the days when it was considered enough to put heavy bass and dance beats underneath traditional songs and expect to be booked at WOMAD. Simply programming some drums and playing the fiddle over the top doesn't cut it for me, which is why I feel so excited by bands like Jaffa Road, who show that technology and tradition can be put together, and to brilliant effect. 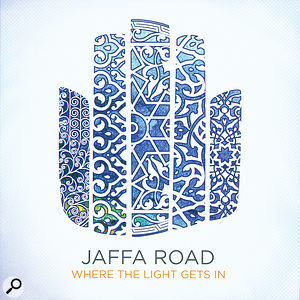 Perhaps unsurprisingly, Jaffa Road come from Canada, a place where, in my experience at least, musical fusion is not an arcane concept and traditional musics are positively embraced. I've known several UK groups struggle for wider recognition in Europe — beyond their already obsessive, but completely non-mainstream, fan base — and find themselves immediately welcomed and celebrated in Canada. I've no great theories as to why this might be; I just know that it's the only country in the world where I've ever seen Morris dancers get a standing ovation.

And so it delivers again, this time from Toronto, with a five-piece exploration of the sounds of the European and Middle Eastern traditions, mixed beautifully with the subtlest of dub, electronica and jazz.

Central to the sound of JR are the oud, which opens the album, and the bansuri, a bamboo flute with a hollow and haunting sound. It's also good to hear the album packed full of guitars, with not a lacklustre strum in sight; we are treated to that Persian-style rhythmic jangle that is so evocative of Middle Eastern music. Aside from the more unusual sounds, all musicians are superbly skilled, with bass, synths and percussion creating engaging but unobtrusive support and lending to Where The Light Gets In's driving rhythms.

The star player in this — perhaps predictably — is the vocalist. Rather less predictably, though, is that she gives her voice equal billing alongside her band mates, blending and weaving through the music with incredible control and grace, and no noticeable ego. Multi-linguist Aviva Chernick has an irresistible timbre to her voice that can be so delicate but hugely rich and powerful at the same time.

Also worthy of special mention is the excellent Sundar Viswanathan, giving virtuoso performances on the saxophone. Really, though, all involved in making this the unique and exciting project it is deserves credit. Although they are taking inspiration from a vast source — the traditions of several different parts of the world — and mixing it with an equally vast world of electronic potential, their ability to select stunning source material and develop it in an appropriate and complementary way is what makes Jaffa Road so good.

I think they're a great discovery, and hope the UK's festival scene will tempt them to our shores, because I'm certain they'd be even more engaging live. As I'm writing this at the end of November, I'm going to tentatively claim this as my Playback album of the year. Superb! Nell McLeod 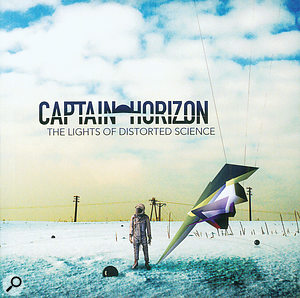 The Lights Of Distorted Science

Self-styled "omni-rockers” Captain Horizon take inspiration from all corners of the rock world and produce a sound arguably not often made this side of the Atlantic. The epic sound created with bass-led melodies, distorted guitars and belting vocals put me very much in mind of Guns N' Roses-style American hard rock.

Of course, from a commercial point of view this also means that it can sound rather outdated. But it's put together in a slick and professional way and, with more and more of this kind of rock coming through in the mainstream these days, could easily win them fans.

By the fifth song, I was ready to criticise CH for sameness — the same old shouting vocals belting out rather unceasingly throughout — but track eight, 'Judge You', was (while not being the most technically polished) undeniably catchy and renewed my interest in the album. Nell McLeod 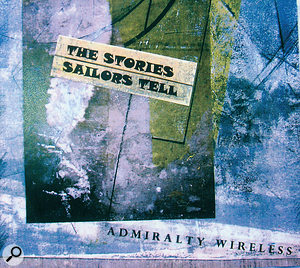 There's an infectious sort of enthusiasm to The Stories Sailors Tell that makes me positively disposed to Admiralty Wireless. Though I can't pretend that this would usually be my cup of musical tea, I spent a happy 30-odd minutes nodding along to AW's highly Beatles-inspired melodies, guitars, happily jangling cymbals and slightly out-of-place synth pads.

Highlights are subjective, of course, and nowhere is that more true than on this album. For example, 'Fingal's Cave' should have remained my musical highlight of The Stories Sailors Tell. However, all bets were off the moment I got to the third track, the epic chorus of which goes, 'We're all going to... Bury St Edmunds!' which became a highlight for all the wrong reasons. Perhaps Bury St Edmunds holds a magical or mysterious quality to a man who hails from several hundred miles away from the small Suffolk market town. For us in SOS Towers, however, just down the road, its exotic qualities are rather lost — more's the pity. Or are they all going to inter Saint Edmund... I simply don't know. (Was there a Saint Edmund?)

My own foolish distractibility aside, though, I eventually stopped looping that track and made it to 'The Moon Is Made For You', which was another of AW's pretty and nicely arranged songs that set the tone for the rest of the album, which isn't half so silly as that particular gem. Well done chaps, you've livened up my afternoon admirably. Nell McLeod 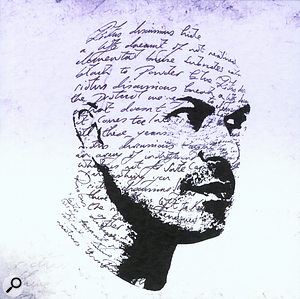 Quiet rebel Shaun has gone unashamedly down the ethereal route. Armed only with a 16-track recorder, a loop pedal, a couple of condenser mics, a guitar and himself, he has achieved a great deal with very little. This album was not made in a studio; the small collection of necessary equipment was carted from inspirational place to inspirational place, no matter the weather. This determination to create a sound that absolutely reflects what he is inspired by, regardless of a sparsity of instruments, makes the project very special.

You often get the feeling, with artists who find themselves recording for the first time, that they've gotten a little carried away with the options before them. Here, however, everything has been pressed into service as something else: where there is no drum kit, the body of the guitar has been used; rather than smother all the vocals in reverb, Shaun has spent the afternoon in an old mill — haunted, of course.

Reading the blurb before listening to it I found myself questioning the wisdom of using a loop pedal in a highly reverberant space. I was definitely won over though and, while I concede that this may not be a technically perfect recording it does has a beautiful quality to it. Nell McLeod 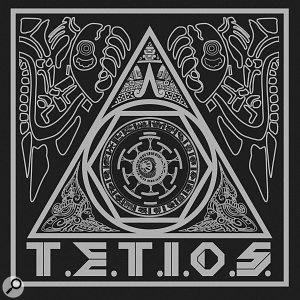 T.E.T.I.O.S. (To End The Illusion Of Separation)

From the outside, this promised to be a lot madder than it turned out to be. A two disc-er with no barcode is usually a sure sign of major self-indulgence and, this being Monday morning, I almost passed it over for something that looked less challenging.

I'm glad I didn't, though, because this is pleasingly tuneful, laid-back electronica. Using a lot of very organic sounds and gentle, harmonising vocals, there's a driving and immersive quality that is both incredibly engaging and wonderfully peaceful at the same time.

There's a little too much heavily reverbed 'Grand Piano 1' for me — or, even worse, 'Electric Piano' — occasionally layered atop an unimaginative synth pad. But this is a pretty minor criticism, given how undeniably easy the T.E.T.I.O.S. is to listen to. Nell McLeod 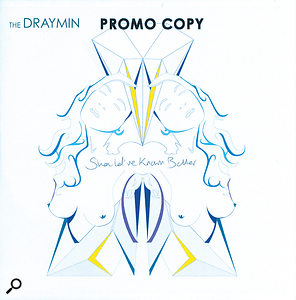 Stated influences are often pretty oblique when you come to listen to something. It wouldn't be unusual, for example, to hear a jangly synth-pop outfit say they've been influenced by the Beatles, and everyone's been influenced by Leonard Cohen. Well, fine, if by 'influenced by', you mean that these people changed the face of music, but how much effect have these lot actually had on your music?

In the case of the Draymin, however, the fact that they've been influenced by dance records of the '90s and Arcade Fire is absolutely in evidence. And, at its best, it works, creating a new angle on what would otherwise be filed under the vast umbrella of rock music. The '90s dance beats and synthesized elements blend and sit together well. At its weaker times, however, these elements literally sit on top of one another, without any blending at all (a bit like how SOS Reviews Editor David Glasper recently described my spaghetti bolognese).

Technically, it's all very good (unlike my bolognese) — the vocals, in particular, are excellent — but while pigeon-holing bands is apparently unthinkable these days, I do think these lot need to focus a bit. They need to decide which they like best: '90s trance, or mid-noughties rock? Thyme or oregano? Nell McLeod

Songs From A Shed 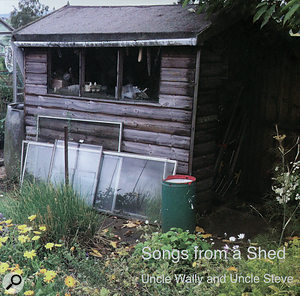 The families of Wally and Steve will be relieved to hear that nothing untoward is going on at the bottom of the garden. They're knob twiddlers, for sure, but only of the most harmless kind. In fact, what they're (unwittingly?) making is a tribute to just about every musical genre of the past 100 years, all in 49 and a half minutes. Bonkers? Undoubtedly. Successful? Partly. Enjoyable? Um, yes, yes it is.

There are albums that are made with an eye to commercial success, and this exists in an entirely different sphere. A sphere occupied by the likes of Wally and Steve, who have no doubt been meaning to get together to make music for years; not because they want to be famous, but because they enjoy it. Some parts of this project are far more musically successful than others. I really enjoyed 'The Big House', for example, but some songs flag halfway through. For the most part, though, it's rhythmic, happy and full of unexpected instruments and experiments.

I can't honestly say that this is particularly high-quality music — by mainstream estimation — and I wouldn't encourage attempted domination of large venues. However, if it's not doing any harm, let an Englishman do whatever he likes in his shed, I say. It's probably keeping them out of all sorts of trouble. Nell McLeod