I Climbed A Tree 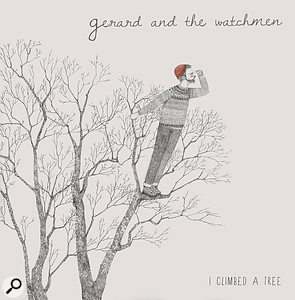 The best demos are those that are good without you even noticing. Of course, it's hard not to notice when you're a reviewer, as that's what you're looking for, but I was a good two songs in before I really took in the quality of Dave's easy, confident, and simply lovely vocal performance.

What struck me after the third song was the songwriting — simple, unpretentious, and lilting. By the fourth, I'd taken in the gentle accompaniment from the Watchmen, which is subtle and solid, and by the fifth track it was time I concentrated on the job in hand and found a way to describe it to you, dear reader.

This is folk in a non‑traditional vein, but oozing influences from traditional and renegade folk stalwarts alike, such as Nick Drake and Bert Jansch, at times crossing into very trad country with banjo and pedal steel.

So distraction dominated the analytical process, this time. But that's exactly how it should be. The need to analyse music shouldn't be there when you're busy enjoying it; good music should wash over you and wrap you up for reasons that don't need explaining. And that's exactly what I Climbed A Tree does. Nell McLeod 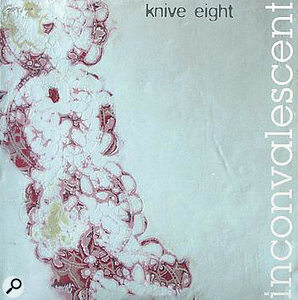 My detective skills are not what they used to be, but I did deduce from several sources that Knive Eight is Kevin Tighe (see?), professional media composer and Canada's very own Paul Farrer.

This would most likely explain the professional sheen to the production and package as a whole, but also hints at why this album — even during the more mournful songs — is unswervingly happy. You certainly get the feeling that this is Knive Eight on his day off, enjoying going off road and not having to work to a brief.

Not that Inconvalescent isn't focused; KE knows what he likes and he does it very well. The song structures reminded me of The Dandy Warhols in happier moments, especially the starkly strummed guitars and up-front vocals.

Boundless energy, straightforward lyrics, slick production and super‑mega‑happy‑catchy songs come as standard on Inconvalescent. And that's not even me taking the mickey; I really, really liked it! Nell McLeod

A Glance Beyond Nature

A Glance Beyond Nature 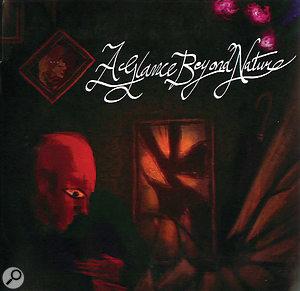 The best way to describe this collection of songs is to get you to imagine what would happen if you trapped a cat in a studio. Firstly, you'd imagine it would spend a lot of time walking backwards and forwards along a keyboard on a setting called something like 'bontempi‑kids‑concert' or 'jumbled cacophony' while meowing loudly. After a few minutes of this (and once it had realised the impervious‑looking five‑inch‑thick studio door wasn't about to open any time soon), I reckon it would start playing the 'is it a mouse?' game with the looser objects you might see hanging from the drum kit. Pawing the cowbells and the tambourine as they swung tantalisingly like inert metal rodents in front of its eyes. Lightly tapping the suspended cymbal and then back‑flipping up inside the bass drum. Maybe even doing that shaky-bottom-pounce thing before landing on the timpani drums.

And then if, on its way past, its tail happened to swish up against the 'Crazy Vocal Duet Take 2' channel on the desk and the volume simultaneously got brushed up to maximum by its whiskers, I reckon, if you walked in at that moment, you'd probably get a sense of what I'm talking about. It's almost worth trying it, right? Sarah Bowden 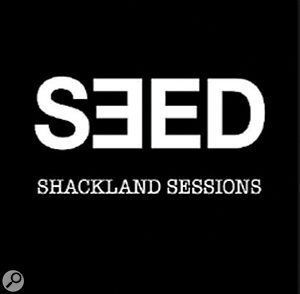 My sources tell me that Seed were recently described as 'Mumford In Chains', and I can simply think of no better, or more succinct, way to describe them.

Heavy guitars, double‑tracked vocals and tinkling, trebly banjo; these are no great selling points in themselves, but I'm happy to report that the songs are unusually and undeniably catchy. The banjo‑phobics among you may be sneering at the thought, but take my word for it that this really is worth seeking out, if only for the intro to the third track, 'Unity'. There are a great many things one can do with a banjo (obvious jokes on a postcard to SOS Towers) and they're all a damn sight easier than putting it in a rock band, but they're not nearly so pleasing; the extreme treble picks through the thick wall of guitars brilliantly. It's not all rosy — Earl Scruggs this is not — but it just works, and the riffs are well written.

Not to be outdone, the rest of Seed's line-up leave little room for technical criticism, with great vocal technique, lovely harmonies and a drummer that really brings something to the folk‑grunge party, rather than becoming the usual rent‑a‑rhythm section.

Although Seed are a Scottish band, it's only about halfway through that we get to indulge our accent fetishes with, apparently, the most Scottish member, who, in the absence of further information, must remain anonymous. While I couldn't confidently call him the best singer in the band, hearing his accent in the middle of far more American‑influenced vocals was very refreshing — more of this, please! Actually, every member of Seed mucks in with the vocals at times, which never feels like too much, and is always nicely harmonised.

Shackland Sessions is by no means perfect or flawless, of course, but what it absolutely is not is boring. This quartet have determinedly sought out something that actually feels like a new take on an old genre, and have absolutely not watered down what others might see as potentially off‑putting.

While rock of the heavier kind may not always be the first thing that goes on my iPod, I've taken to 'Organic Banjo Rock' with the zeal of a convert. Nell McLeod 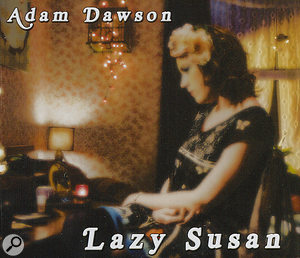 I'm not here to review videos — more's the pity — but it must be noted that this is an 'enhanced' CD. For those of you old enough to remember these (and I took the trouble of asking SOS's youngest employee, Sonny, if he is too young to — he replied with "I've only really downloaded music”), they were singles you bought that joyously and unexpectedly included a music video, if you only owned a PC that could play it. Unfortunately — and here's where my nostalgia was let down — this is really more of a, um, 'de‑hanced' CD, as the music video actually serves to show up the lack of substance in the title track.

With the enhanced CD and curiously '70s reference to a lazy Susan (again, Sonny was in the dark here), it'd be tempting to say that Adam Dawson's music is outdated, but I'm not sure that Dawson's brand of plodding strum‑pop was ever particularly fashionable. I know: that's rich coming from a folky like me! Of course, music doesn't have to be in vogue, but when something is presented, apparently, as a commercial prospect, you do have to wonder where it might fit into the market.

The rest of the demo isn't quite so disappointing, and the songs are much more pleasant on the lugs, but it's been sold on 'Lazy Susan', which is by far the weakest track, and is somewhat offputting. I'd probably have run with the second, 'Mirror Mirror', as it seems to me to be the most musically interesting, in a Coldplay Parachutes sort of way, and shows off the best of Dawson's decent vocal ability. Nell McLeod 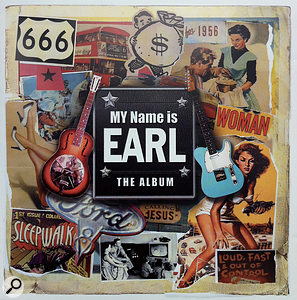 My Name Is Earl

To me, there's nothing more indulgent than listening to big, sumptuous blues and country songs; delicious slide riffs, driving rhythm guitar and drifting sustain in the background. On this album, Stuart Earl and Lyndon Webb get fully into just that kind of blues swing, and, despite their position on this side of the Atlantic, make a pretty convincing job of it, original songs and all. They have softer, Slaid Cleaves moments, along with loud and ballsy North Mississippi Allstars moments, and everything in between.

Far be it from me to question the decision to faithfully recreate music from a place (presumably) so foreign to you, in accent at the very least. However, I think it's always a more successful endeavour to interpret — Northumbria's Johnny Dickenson style — rather than copy, and there are definitely moments on this album where it veers into the latter.

Unfortunately, there are a few tuning issues on the album, and, for the style of music, the arrangement occasionally feels a little stark to me — I'd have liked to hear them go all out with the instrumentation they had at their disposal.

That aside, though, the collection is delivered well and with an obvious passion for the genre. Nell McLeod 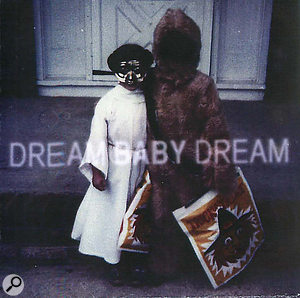 Dream Baby Dream are a rock band from Paris, who would sound a bit like Pulp if Jarvis Cocker had an incredibly strong French accent and the guitarist was obsessed with Radiohead. Not entirely my cup of tea in terms of the music, the EP does have its moments of glory, not least on a track called 'Dead As Disco', which would be bordering on the catchy if you could only ignore the terrible lyrics that have definitely lost something in translation.

If I had any advice for this band, it'd be to stop singing the vocals like Jarvis during his 'sheh stoodied scoolpture in sent martens college' period and go for the Radiohead vibe instead. It's a lot more current, and at least that way you could let the guitars do more of the talking. Sarah Bowden