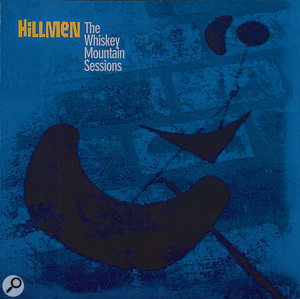 The goal of The Hillmen (as stated in the sleeve notes) is perfectly admirable: to "create elastic compositions that grow, evolve, live and breathe, and change character over time.” They quite rightly describe themselves as a free-improvisation group, and mixing, as they do a sultry rhythm section with an enthusiastic organist, this four-piece take 'free' to the extreme.

Some moments of The Whiskey Mountain Sessions are more lucid than others: several minutes might go by that feel musically unfathomable and very much as though the four Hillmen are not just playing in different rooms, but in whole different periods of time. This is, unfortunately, how much of first track pans out, and I found it a little difficult to get through.

Get through it I did, though, and I'm glad of it. Despite the shaky start, the band find their feet after a time, and lounge into a steady and pleasing pace that sets the tone for much of the rest of the album.

So, while I was sceptical of them starting keyless and rhythm-less, the Hillmen seem to know each other well enough to make it work eventually, and produce some interesting and pleasant music. Nell McLeod 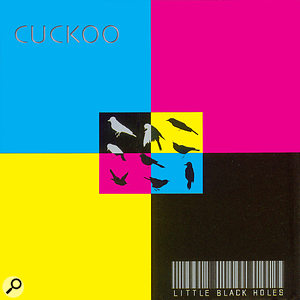 Little Black Holes are really odd, as bands go. The vocalist sounds pretty individual, with his theatrical, gruff-edged snarl underpinned by a feeling of cold detachment. Vocally, it sounds as though a little more energy and commitment would help take things up a level: the singer could attempt to become genuinely unhinged on the next record, and channel a little of the spirit of Tom Waits at his most creative.

They bring to mind Pablo Honey-era Radiohead crossed with Joy Division and epic '80s rock: an odd blend, but not an unsuccessful one. It's a shame the production 'size' doesn't match the epic nature of some of the choruses: everything becomes a little 'squashed' rather than exploding in the way it should.

By the end of the record, I found the 'sharp intake of breath through the teeth' sound the singer makes had become a little grating. It's good to have individual characteristics, but this one happens a bit too much.

Overall, though, the sound is really ambitious, and Little Black Holes channel some great influences into a really individual blend with great potential. I'd like to hear a record with the next level of production and twice the vocal confidence. J G Harding

Another Mark Is Drawn 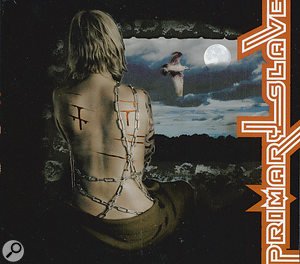 OK, I'll admit to judging this particular book by its cover. The presentation — featuring chained-up naked woman and questionable use of Photoshop — put me off my soup, and I therefore popped the enclosed CD into my machine more out of schadenfreude than anything.

And how glad I am that I did. The quality of Another Mark Is Drawn is exceptional in terms of musicality, with an inventiveness that I've not come across in metal for at least 10 years. The songwriting, in particular, showcases the talents of lead singer Mark Giltrow, who brings something quite unique to an oft-forgotten genre.

What's even more impressive is that this album was released posthumously by the rest of the band and friends of Giltrow five years after he was killed in a motorcycle accident.

They've done a sterling job in completing what was a part-finished album — yes, there are undoubtedly a few sketchy patches in the mixing and one or two tuning issues (which I think we can forgive given the absence of the main creative force behind the album) — but the finished result is a credit to Giltrow's obvious passion for the project.

According to the PR accompanying the release, Primary Slave got off to a good start, being formed, as they were, by Cradle Of Filth's one-time (actually, two-time) guitarist Paul Allender. It's little wonder, therefore, that the sound is — largely — so professional and polished. What is a wonder, however, is that they never achieved the success they were at one time heading for. Tragically, for Mark Giltrow, that success will now never be, but this album is certainly a fitting tribute to what was, undoubtedly, a musician of great skill and passion. Nell McLeod 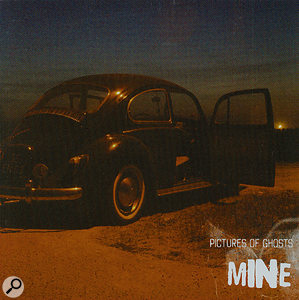 The first thing that I thought of when listening to the opening track of Mine, was that the intro was reminiscent of pseudo-gothic pop punk group Alkaline Trio, primarily because of the quite theatrical vocal stylings.

There's quite a blend of sounds here, genre-wise, with bits of synth knocking about, and overdriven guitars that aren't quite punk but are too heavy for mainstream rock. In fact, there's quite a blues tone to the lead guitar, although a lot of the playing is pretty '80s.

The vocal performance is quite 'on the fence', too, with some grit but not enough commitment to 'edge' to be really individual, and not being smooth enough to be truly 'radio ready'.

The production lacks life, and isn't up to the standard you'd expect these days from a debut rock album. There are actually some nice vocal hooks in some of the songs, but the production doesn't do them justice.

This is one of those records where everything, to me, seems to be about halfway there! The vocal needs to be more 'one thing or the other', while the band overall sound like they're throwing quite a few genres together but not really ending up with something new yet. Perhaps if the sound were given better production, especially in terms of drums, it would help to elevate the sound a little?

In truth, I feel this falls flat, mostly due to a somewhat derivative sound, dead production and lacklustre vocal melodies.

Daughter Of A Tightrope Walker 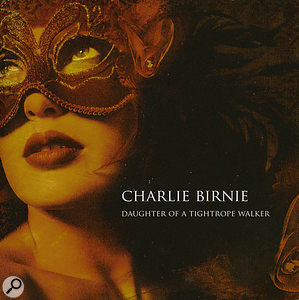 Let's just get stuck in here: this is one of the most demented discs I've ever listened to. It reminds me of the music Chris Morris composed for his comedy series Jam, mocking the far-reaches of post-modernity. But as far as I can tell, Charlie is perfectly serious about this.

What astonishes me is how everything sounds as if it's being played in a different key from everything else, all the time. There's continuous and unfaltering '90s drum machines, the sound of some kind of '90s Yamaha keyboard (apparently poked at random with a toffee hammer) and snippets of amorphous jazz.

The vocals are a kind of drunken, quasi-operatic rant, decidedly off-key, soaked in reverse and room reverbs. They tell a disjointed tale that is, I assume, about a tightrope walker.

I've never heard a performer who so perfectly convinces the listener that both they and he are having a really bad trip. Imagine a disgruntled clown downing a pint of methadone and being let loose in a school music room.

After I spent a full three years of studying sound art, I figured no musical outlet would be too 'far gone' for me to understand, but I think I have, at last, found it. A genuinely frightening work of complete and utter madness. I'm not sure where you would buy this album, but it's worth finding for the experience alone. J G Harding 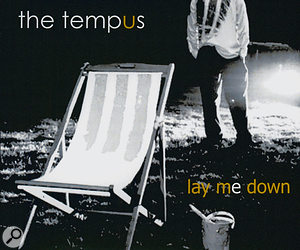 My abiding memory of my late teens is rain, and the resultant knee-high tidemark I'd get as my extremely baggy jeans soaked up that rain, as I trudged home listening to my CD Walkman. So maybe that's why I find the idea of returning to the music of that era quite dreary and depressing: I associate it with wet knees. This might be why I find it hard to believe that there is space in the music world for the Tempus, good as they are: do we really have the energy to go through Pearl Jam or the Smashing Pumpkins again?

I really hope we do, because the Tempus are actually quite good. They're strong in melody and noise, and aren't afraid to get down on their knees for a good old-fashioned shred. The demo they sent through gave a fairly limited impression, having only two tracks, but I'd have happily listened to a whole album, and I actually went back for a second listen.

The mix of the second track, 'Abeyance', doesn't seem to be quite as successful as the first, drowning the vocals with muddy guitars, the levels of both seeming to jump around a little randomly. Still, I hope this doesn't prevent any listener from recognising them for the unusually solid band that they are. Good luck to 'em, I say! Nell McLeod 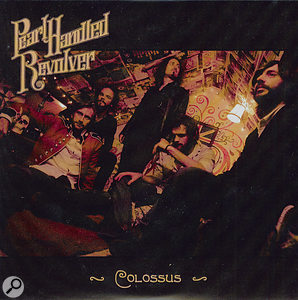 Crunchy, swampy blues rock is the order of the day for Pearl Handled Revolver. Distorted harmonica, driven Hammond and dirty fuzz swirl around Jim Morrisson's ghost, and though the result is not quite as enigmatic as that inimitable front man, it's pretty damn raucous at times. Lee Vernon's vocal is haggard and gruff — he's definitely reading from the Tom Waits book of warm-up routines: whiskey and smoke. It's a shame his range doesn't go a little higher, though, as that would really complete the crazy vibe.

The production is good, although I think the band deserve an even grittier treatment, like the production work, the spectacularly bearded Vance Powell has done for Jack White's various musical outlets. Overdrive the vocals and give the cymbals and the like some more crash. Add some more noise and urgency, and you've got something more vital.