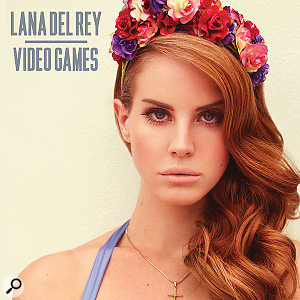 This is the most captivating thing I've heard in the charts for months, a production that instantly grabs you with its tangential instrumentation, a vocal so languid it's borderline medicated, and a lyric of unspoken heartbreak. However, like almost all music that really stays with me, it's also replete with buried treasure.

Take the basic two-bar idea that underpins the verses (0:19 and 1:46). It catches the ear straight away, not only because of its unusual parallel chord motion and alternating minor/major pattern, but also because of the way the harmonic rhythm grinds to a halt part-way through the second bar each time. For me it provides a further subliminal effect over the longer term by virtue of appearing in two variants: the simpler F#m-A-F#m-A-C#m-D pattern, and a slightly more closed version which returns to F# minor on the third beat of bar two. This causes a distinct ebb and flow whenever the two versions of this idea are combined into a four-bar unit, but then once we're past the second chorus the remaining iterations feature only the second, more resolved variant — once at 3:04, and then twice to conclude proceedings at 3:39. (If you listen to the YouTube version, this may not make sense — I'm referring to the shorter radio edit!)

The chorus harmonies are very effective too, first giving a strong suggestion of a IV-I cadence in A-major, but then flatly contradicting it with the queasy G-F#m parallel motion. Plus I've always been a sucker for exposed tritones, and the one that ends the chorus is a real humdinger — although, ironically, this starkly unstable chord provides about the closest thing we get to a traditional V-I tonal cadence in an otherwise rather modal landscape.

It's a remarkably irregular structure for a popular song too, bringing a palpable sense of unease (suspense even) to the listening experience. As I hear it, you've got a nine-bar verse, a couple of bars of pre-chorus, and a nine-bar chorus (contracting to five bars later on), with the piano's chordal riff providing four bars of intro and outro as well as two-bar 're-intros' before verse two and the final chorus. While this structure would doubtless have been drowned at birth by pretty much any self-respecting mainstream hit-smith, its success is undeniable in this context, brilliantly reinforcing the vocal's emotional ambiguity — a fantastic example of a songwriter defying well-established conventions for the very best of reasons.

As for general production touches, the more you look, the more beautiful little details you find. The organic raggedness of the harp ripples; the momentary double-tracking of the first "Is that true?”; the understated pizzicato arpeggios from 1:51 — nothing you haven't heard a thousand times before, but nonetheless cast in a fresh light here. And let us not forget the subtle background special-effect noises, which contribute so much to the cinematic atmosphere. Notice the ethereal C# pad behind the opening bells and the modulated background noisescapes which then surround the added piano, harp and strings as the introduction unfolds, then move ahead to the second verse, where these elements surface more prominently. I particularly like the noise-fed filter sweeps at 1:31 and 3:10, but my favourite bit of fairy dust is the subtle out-of-sync arcade-style rhythm sequence sneaking in at 1:38, 2:03, and 3:05 — a bit of direct word-painting uncheapened by any direct overlay on the actual "video games” lyric. This atmospheric method of filling out your arrangement is all over TV and game soundtracks, but in the music field most SOS readers still don't seem to appreciate its power. To quote the song: "Baby, now you do.” Mike Senior 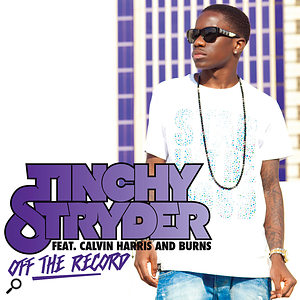 A great opening synth sound here — at a guess, a high-pass-filtered pair of sawtooths pitched two octaves apart — but whatever its make-up it's brutally buzzy and with razor-sharp HF peaks at 4.8kHz and 8.6kHz. The gravelly texture makes me suspect that some inharmonic components have also been mixed in for good measure (perhaps from some kind of digital grungifier plug-in), not least because Calvin Harris has had his paws on this production, and he made great use of digital distortion on his recent single 'Bounce'. (See the December 2012 column for my critique of that track.) The potential pitfall with a sound as aggressive as this, though, is that it can easily cause mixdown problems by combining harshly with the lead vocal's p resence region, which is so often boosted by engineers to bring the lyrics forward in the mix. Fortunately, in this case Tinchy's verse tone side-steps this hazard by taking its solidity from the 200Hz-2kHz region and its tonal clarity primarily from the top octave, while the sibilance, in particular, seems pretty firmly controlled.

Notice also that the low-frequency foundations of that synth line only appear when the drums and vocals arrive at 0:07. The implication is that the low frequencies are being supplied by a separate sub-bass synth, and that approach would make a lot of sense technically in this scenario, because of the need to carefully control the way the powerful note fundamentals combine with the kick's 46Hz low-frequency peak — perhaps by sending both the kick and sub-bass synth to a common compressor. Were the sub-bass component locked into the main synth sound, trying a bussing dodge like that would compromise the subjective evenness of the whole musical line.

Speaking of synths, the sudden switch to sustained notes for four bars at 1:46 is a very simple and effective arrangement trick, especially in current dance styles which trade on the interplay of various complex syncopations and cross-rhythms. The cherry on the top is the way it cuts off abruptly on the final beat of the fourth bar, creating a vacuum which sucks the simple snare/'oh!' fill forward for extra emphasis. Mike Senior 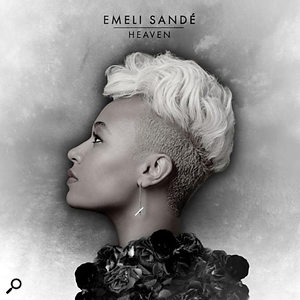 The highlights of this track for me are the warm gospel-choir 'oohs' and major tonic chord that uplift "but the day it always lasts too long” each time it comes around. Beyond that, though, this track showcases a few simple arrangement tricks that are very handy in all sorts of styles. The first is simply to use volume swells to give long held notes some direction and realism. For live string players it's such a natural thing to swell in and out of important chord changes, or to bubble up into empty pockets in the overall ensemble texture (as is particularly noticeable in the first verse here at 0:15-0:44), but most of the programmed strings I hear fail to include such basic musicality. All it usually takes is a little mod-wheel action to make a big difference.

The gentle piano chords might just as well be treated as a part of the string arrangement too, as they're certainly going out of their way to blend into the texture without drawing active comment — I suspect that they've deliberately been processed to remove both attack and high end, and, as such, primarily operate as a means of adjusting the tone and defining the onset moment of each string ensemble chord. You might be surprised how many of the string ensembles you've heard on chart recordings are actually supplemented in this kind of way; for example, by harp figurations or undercover French horns. (Speaking of which, are those horns I hear just beneath the surface at 1:11?)

One other nice feature of the string parts during the first eight bars (and also under the "when I'm gone” refrains) is the way the melodic line which starts on G# injects some musical tension into a regular sequence of four root-position triads. The second note, A, strikes a passing dissonance with the sustaining E-major chord, and continues up the scale to provide an upward-resolving seventh motion over the following C#-minor chord. Then bar five treats us to an A# appoggiatura resolving up to the third of the underlying G# minor harmony. None of that is anything fancy, but it's still enough to add significant forward 'pull' to bars two, three, and five. Skilled string arrangers deliberately look for opportunities to create this kind of 'horizontal' movement within a song's chordal voicings, whereas it's tempting, as a keyboard player, to write string charts more in terms of 'vertical' chord configurations (if only because it's easier on your fingers that way!) thereby weakening their expressive potential.

On a technical level, I think I'd have prefered a little less competition going on in the 3-5kHz presence/harshness region of the spectrum. It's not too problematic where the snare and lead vocal are pretty much left to slug things out between them, because there's still enough room left in the ring. However, once the higher strings and BVs start getting seriously involved during the choruses, it all gets rather too WWF for me, and I had to take out 3dB at 4kHz before I could comfortably investigate any higher playback volumes. Mike Senior

What Makes You Beautiful 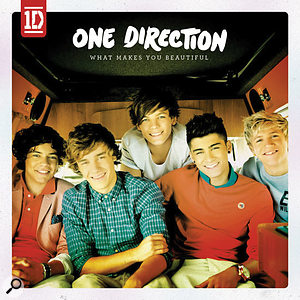 A device used repeatedly in this song is that of differing note-durations, and the staccato/legato contrast this generates. The opening guitar riff's black silences start the ball rolling, setting the tone for the whole of the first verse (complete with stuttering deliveries of "do-o-oor” and "enou-ou-ough”), but the pre-chorus at 0:23 then smooths things out with more legato guitar, bass and vocal lines. A similar contrast exists between the first and second halves of the chorus, providing a definite energy step-up in the arrangement without the need to add anything much to the already packed-out instrumental texture — and also allowing the return of the clipped durations at 1:00 to flag the hook of the word "beautiful”.

The illusion of the mob-chanted middle section also bears closer examination, because I think it's been done rather well. Clearly the increased delay/reverb return levels and the layering of multiple vocal passes are both important parts of the equation, but I suspect that the degree of both has been moderated to keep some of the subjective 'rowdiness' intact despite the tightness of the timing. (Only unceasing vigilance can protect future generations against the reincarnation of Def Leppard!) The key ingredient for me, though, is the kick sound, which swaps its front-end punch and mid-range definition for a rumbling, low-octave sustain tail — very similar to the sound that might come through the audience mics of an arena gig. The claps have a role to play too, not least by presenting a very wide stereo image, thereby supporting the impression of an enormous crowd surrounding a centrally-located stage. Mike Senior

Check the SOS Forum for more comments on the tracks discussed in The Mix Review this month: /mixreview  .