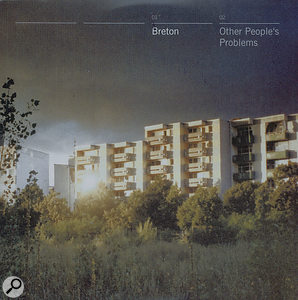 Breton sound a lot like Friendly Fires, but with a less chart-friendly, more experimental sound, using more cut-up samples and traditional IDM stylings. There's a bit of Klaxons in their sound, too, with surreal lyrics and a bouncy, hip warehouse rave vibe.

Beginning life as film makers creating music to soundtrack their experimental movies, Breton have pushed on with the music, and their debut album has been picked up by independent publishers Warp, and FatCat Records.

The start of this album is bold, with baroque strings being pounded by crunchy hip hop beats and buzzing bass, while distorted and multitracked vocals sit centre stage and battle with retro keyboards and pads.

Despite a lot of the record being pretty cacophonous and paranoid, the track '2 Years' is actually quite moving: it has a certain naive charm and the lyrics are somewhat disarming.

Other People's Problems is quite crazy as records go: it's not mainstream, by any means, and the way sounds are mashed together is utterly bonkers, but it's very, very addictive. I have a strong feeling that Breton will be the big UK Indie upstarts of 2012. J G Harding 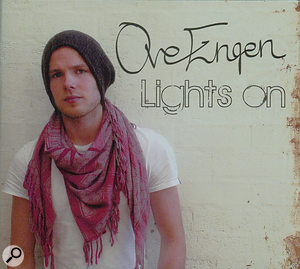 If standard-issue pop-rock leaves you cold, you're probably never going to get very far with Ove Engen's crystal-clear voice and boy-meets-girl lyrics. But while he may be battling against other X-Factor-inspired rocky crooners for attention, to me he feels far less manufactured and distinctly more 'real'.

He's a talented songwriter and passionate performer, but I'd like to have heard him a little more exposed at times. The production is very full indeed — occasionally including unnecessary cheesy synth strings — and, though everything is tight and professional sounding, I do wonder if they're gilding the lily slightly.

Also, from what I can tell, he's got a subtle Norwegian 'twang' to his voice that would be lovely to hear filtered through his English lyrics, if only there wasn't so much going on all the time! But enough of my personal fetishes: Engen has produced a successful and enjoyable recording that I hope takes him very far. Nell McLeod 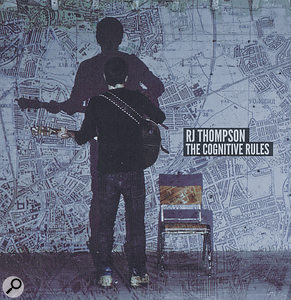 The production on this EP is wonderfully smooth, warm, syrupy and comforting, with rich drums, thick vocals and warm brass.

Musically, RJ's sound is a blend of traditional singer/songwriter, jazz and a little funk. It's very much a 'straight down the middle of the road' sound, very palatable and suited to a coffee-shop atmosphere.

RJ's voice is smooth enough, with a nice falsetto, though it's not all that exciting. I was left wanting the vocals to pick up a level sometimes, to hear RJ really let rip, full pelt, but it never happens on this record. He's clearly a good guitarist, with a solid sense of rhythm, and the playing and production is accomplished throughout the EP.

For me, this record never really takes off; it just taxis along. Then again, some people don't want their music to take off, so that may not be bad news for you. It's certainly consistently well played, and sounds warmer than a bag of blankets in an oven! J G Harding 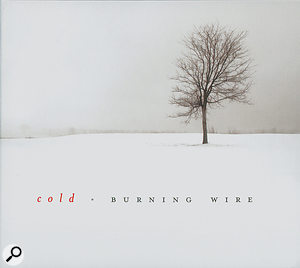 Burning Wire is the artistic outlet of Kevin Jones, who has his own studio and who self-produced this album, Cold.

The record is very well constructed indeed: it's very clean and crisp — so clean that at times I wanted a little more edge. I really wanted things to hit a little harder, but if you're a fan of clarity and high fidelity you'll enjoy the production here.

The majority of the music is quite laid back, mid-tempo pop with a light rock influence, while 'Going Home' introduces some nice country flavour. At times, the music reminded me of Crowded House, with rich guitar work and mid-tempo rhythms, though Kevin's vocal never quite reaches Neil Finn's pitch or quality of hook. That's what would lift the record up, a bit I think: to have the vocal melodies move in range a little more.

If you're looking for punch and excitement, this isn't the right place to find it. However, as a smooth Sunday afternoon sound, it's well worth a try.