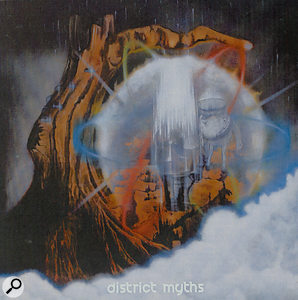 This album is something of an odd blend, somewhere between epic orchestral rock and indie balladry. It is an accomplished sound, but most of the tracks on the album are so 'big' in their epic parts that you quickly get desensitised to said bigness, and are left wanting more variety.

As is often the case, the weakest link here is the vocals, which need a more distinctive and committed voice. At the moment the vocal styling is a bit 'neither here nor there' for my tastes, and the size of the vocal performances certainly doesn't match the size of the production sound.

Because of the soft vocals, the band sound much better on ballads like track seven, rather than the heavier tracks like track eight, where the voices are less convincing.

Production is very solid throughout, especially the big and solid drum sound, and though the guitar double-tracking is a bit 'phasey' and slightly weak (especially with headphone listening) it doesn't detract too much from the big stadium-rock sound.

A few little recording niggles aside, then, if District Myths can pull off the size of sound they do on this debut album in a real-life situation, they'll be an exciting group to watch live on stage. J G Harding 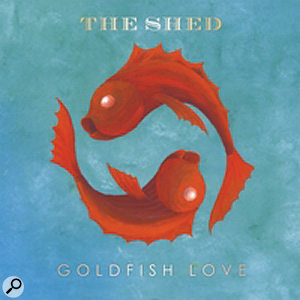 Despite naming their album Goldfish Love, it turns out the Shed are a very serious set up. Based in Ireland, the six band members produce mature, self-assured music, and are fronted by a singer who, at times, sounds not unlike Bryan Ferry.

Given the range of the acoustic instruments they play between them and, if their photos are anything to go by, their ages, they could easily have ended up as a plain Irish folk collective or an acoustic pub band.

Instead, what you'll find here is a brave album's worth of cleverly crafted songs that stand up to scrutiny, and should almost certainly be given an airing on the likes of 6 Music. Nicely done, fellas. 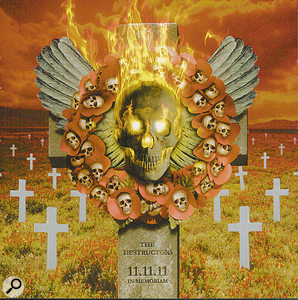 The Destructors are an old-school hardcore punk band, reminding me of Sham 69, GBH and sometimes Rancid. The band have, in one form or another, actually been playing since 1977, so they're the real deal rather than a recreation of an old sound.

The long-player 11.11.11 (In Memoriam) is something of a punk concept album, released on UK Remembrance Day, and for that day only. That's right: the CD was shipped on that day only, and afterwards deleted from the catalogue, though it should be available digitally until the end of days.

The songs are all about war, focusing mostly on the First World War, which gives the band a reason to cover GBH's 'Generals' with plenty of gusto. As you'd imagine given the subject matter, this isn't exactly positive pop-punk, so don't expect sun-soaked choruses and tongue-in-cheek guitar riffs.

Production is suitably dry, and has the kind of lo-fi grind, dead snare and up-front vocal that you expect from old-school punk. The band really do capture the real sound of early British punk perfectly, as you'd hope, with the snarling attitude and relentless stomp all in place.

'Mud, Mud And More Mud' is pretty catchy, and I found myself singing it aloud with the appropriate snarl, not realising how weird I must have looked. Also, the bass riff of 'Blood & Guts' is nicely borrowed from Sabbath's similarly grim 'Electric Funeral', making for a neat doom-laden musical reference. The album closes with the band's own tribute to the dead: '2MS', two minutes' silence with only the hum of a guitar amp, followed by the 'Last Post' bugle call.

In short, if you're a fan of old-school punk and pitch-black imagery, you'll enjoy the darkness and oi-stomp of 11.11.11 (In Memoriam). J G Harding 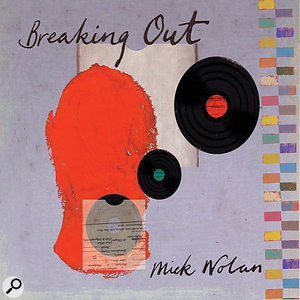 Mick Nolan is a British singer-songwriter who, until recently, had spent his career touring Europe as a guitarist in a Doors tribute band. Not content with pretending to be Robbie Krieger for the remainder of his life, Mick decided to make his own album, the title Breaking Out presumably relating to the fact that he's finally cast aside the trappings of a little-known band called the Doors in favour of releasing his own music. The results are a little mixed, though.

I was disappointed to discover that the LA influences you'd imagine would rub off on Mick's music actually haven't. Instead, he's opted for a jangly, more Tom Petty-influenced style of acoustic rock which is just OK. Particularly dubious is a track called 'Ecstasy', the words of which are "You give me ecstasy / That's what you do for me.” It's not exactly the one thing I'd like to be remembered for as his girlfriend or wife, but hey, who am I to judge what they do at the weekends? 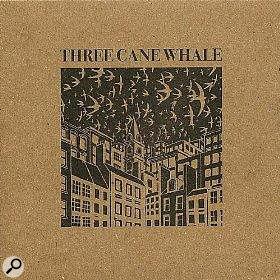 An experi-folk (I think I've just made up this genre) trio from Bristol, Three Cane Whale are a unique act to say the least. Since they make music with a mandolin, bowed psaltery, music box and lyre, among other things, you'd imagine that their songs would all be about as beard-strokingly traditional as they come.

But this is not the case: they create a spellbinding and eccentric sound that is minimal and at the same time intensely beautiful. It's an exciting listen, not least because they are reinventing a genre that, up till now, has most often been interpreted in a very predictable way. Truly mesmerising music.

Dream Theory In The IE 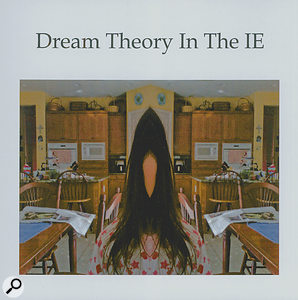 This odd pair mix Vangelis and Eno with some acoustic sounds, and the result is rather dark and sometimes unsettling.

They're at their most successful on 'When All The Birds Die Away', which is not only a wonderful title, but a haunting 12-minute soundscape, and sounds like an out-take from the Blade Runner soundtrack. If I had a say in such things, I'd have made this the title song!

'Deeper Waters' works well, too, and though it's focused on the acoustic guitar, the acoustic sounds gel pretty well with the evolving ambience that underpins the composition.

Unfortunately some other tracks are less focused, and have a little too much solo noodling for my taste, examples being 'Forgotten Spirits' and 'John Henry Changes The Rules'.

A focus on the evolving and ambient music, plus a little more processing of the acoustic guitar pickup output, would see this duo climb up a level. The successful tracks, however, are genuinely involving and moody.

Queen Of The Wave 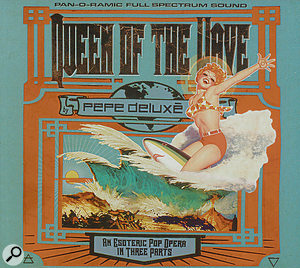 There's more, believe it or not! Traditional English folk guitar meets flamenco on 'Contain Thyself', while 'In The Cave' sounds like a haunted calliope. But it isn't! It's actually a recording of the Great Stalacpipe Organ, the largest instrument in the world. Built in 1956 in a cave in Luray, Virginia, the organ includes a keyboard that triggers rubber-tipped mallets, which strike various stalactites throughout the cave.

Somehow, though, it all actually hangs together as a whole, which is even more bizarre considering it's a concept album, touted as an "Esoteric Pop Opera In Three Parts” and based on two cult Victorian science fiction books: A Dweller On Two Planets and An Earth Dweller's Return. The first of these was written by the enigmatic Frederick S Oliver, who claimed to have 'channelled' the book for a cosmic entity called Phylos the Thibetan. It later formed an important text for various new age groups.

Though that kind of progressive madness would usually be enough to put me off listening to a record, I actually listened to Queen Of The Wave in its entirety and enjoyed it very much indeed.

It's unique and utterly bizarre, but also immaculately produced and a really compelling listen! To top it all, of the proceeds will go to charity, so I recommend giving this one a whirl. J G Harding 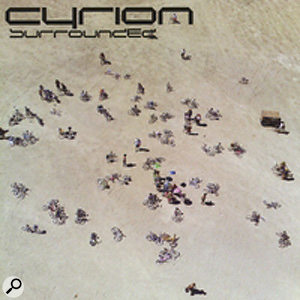 Since their debut album in 2008, Cyrion have continued to make their mark on the Welsh music scene. With support from BBC Radio 1, BBC 6 Music and BBC Radio Wales, they've departed from their experimental sounds and merged their influences into a tougher electro style.

While I wouldn't agree it's Justice-like, as it says on their press release, I would go as far as to say that they give the likes of dance stalwarts Vitalic — or even Orbital — a run for their money at times.

My only criticism is that the album slightly sits on the fence in terms of what they want it to be. This is something of a small issue really, though, because if you listen to the tracks as individual records rather than as an album as a whole, Cyrion are clearly very talented producers. They probably just need to break into one scene to hone what it is they're about. I've crossed my fingers that they manage to get there!