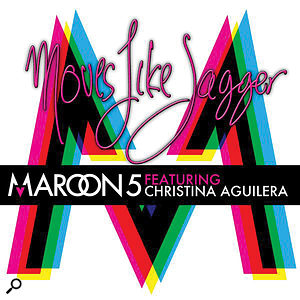 The whistled part in this production is a masterstroke on a number of levels. For a start, it presents the chorus's key melodic moment right away, despite the song's lyrics preventing the vocal from delivering it so early on. It also pops up all over the rest of the arrangement to ensure that you're never more than 15 seconds from a reminder of the chorus, and allows a convenient means of signing off the song with an extra repetition of the final hook — all very savvy from a commercial perspective.

Then there's the way that the whistling tracks the vocal fairly closely during the choruses, but deviates distinctly from it right at the end of the line, which to my mind actually draws more of your attention back to the vocal/whistle pairing for the important final "like Jagger”. (The arrangement pockets at 0:58 and 1:58 do a similar job.) The little vinyl-style pitch drops at 1:28 and the end of the song are also great, especially because they once again focus attention on the phrase's critical end portion.

I think the drum parts are very effective too. The clap/snare backbeat has the kind of short, super-dense electronic sustain that (coincidentally) always reminds me of Christina Aguilera's 'Genie In A Bottle'. The advantage of a timbre like this is that it doesn't really rely on its attack to cut through the mix, so it'll continue to speak reliably even if it has to compete with simultaneous kick hits, or if the mix gets pulped by extreme dynamics processing during mastering and/or broadcast. Furthermore, because the sustain isn't a product of reverb processing, it enables the mix to remain poptastically up-front sounding.

I love some of the drum fills as well, because of the way they manage to sound reasonably fresh despite the powerful magnetic force that cliché exerts over anyone working around a four-to-the-floor beat these days. The kick roll at 1:29 is great, for instance, especially the way the timing and velocity programming manage to hit that sweet spot where the pattern-change doesn't disturb the underlying groove or make the tempo appear to stumble. I periodically encounter fills like this at mixdown and, believe me, they're much trickier to pull off smoothly than a lot of people think! The filtered snare fill at 1:37-1:45 is another highlight, setting up the clear expectation of a textbook machine-gun manoeuvre, but then wrong-footing you at 1:44 to clear out the texture for the "goes like this” chorus pick-up. (There was another good recent example of this kind of subverted cliché in Pitbull's 'Give Me Everything', critiqued back in SOS December 2011.)

At first glance, it's tempting to write off the bass part as no more than another 'Can't Get You Out Of My Head' repetitive off-beat, but if you listen closely you'll notice that the first note of every bar is actually a sixteenth-note later in relation to the kick than the other three. The way this fits in with the more sustained rhythm-guitar playing on each bar's downbeat really helps give this groove personality, but not at the expense of stopping anyone's head nodding — again, a finely judged tight-rope act from a programming and mixing perspective.

Finally, this production is also notable for its use of the stereo field. The way the whistle is offset very slightly to one side, for example, delivers a degree of separation between it and the vocal in stereo, but without significantly adjusting the relative balance between these two vital musical elements in the mono balance. The way the image seems to opens out for the first chorus is also very nice, not least because the verses don't, by any means, give the impression of being narrow by comparison. Although the verse has some width in the panning of the multi-amped/miked guitar part and the vocal has a good dose of widener (probably from a short dual pitch-shifted delay, judging by the stereo Sides component), the chorus dramatically widens the field with its opening cymbal hit, and then sustains this width with wider percussion layers, panned backing harmonies, stereo send effects, and (I suspect) a fizzy, low-level synth pad.

I say 'suspect' in relation to the last of these because it's arguable whether it's actually present at all, as far as hearing it in its own right is concerned, but I have two reasons for thinking it's there nonetheless. Firstly, the apparent stereo width of the mix as a whole seems somehow to remain wider and more consistent than I'd expect, given the tracks I can consciously identify, and yet the tone and balance of the identifiable instruments doesn't seem to suffer too much when switching to mono. What does disappear when you sum the left and right channels, though, is a sense of air and harmonic richness — exactly what a wide, bright synth pad might add. Secondly, when the second chorus arrives there's a more clearly audible string pad filling exactly this role in the arrangement, so the concept was clearly on the minds of the producers concerned, and it therefore wouldn't have been a huge leap to arrive at the idea of including something more subtle earlier on. Don't let me decide the argument for you, though — have a listen for yourself, and give me your two cents on the SOS online forum at /mixreview! Mike Senior 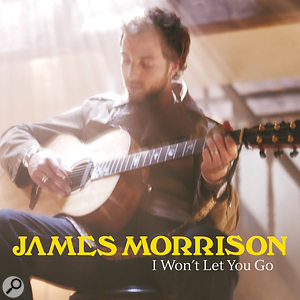 The first thing that struck me about this track is how clear and upfront Morrison's trademark gravel-gargling is in the mix, especially when it first arrives, drilling away at the top two octaves of the spectrum, which have studiously been left clear by the introductory Hammond pad. As with a lot of ballads, an important part of the recipe here is the deliberately mellow backing sounds, minimising HF masking of vocal details even when the band is playing flat out later in the song. However, the vocal tone itself is more than usually responsible for projecting the vocal in this case, with a couple of fairly narrow regions at 6kHz and 12kHz featured heavily. I have to say, though, that I found it a bit grating after only a minute or so, especially during the middle section — the word "disappeared” at 2:38, for example. Part of the problem, of course, is that one of Morrison's characteristic performance techniques is constantly flitting between different timbral extremes, and while that's a good thing from a musical perspective, it does nonetheless make it tricky to control the mix's balance and overall tonality. In fact, the only thing I've encountered that can really nail this kind of scenario is detailed EQ automation, and it's not a technique that I tend to associate with this song's mix engineer, Tom Elmhirst, judging by what he's said in interviews.

However, it's not just the vocal tone that bugs me later on in this track, because the arrangement also seems to run out of steam from about midway through the second chorus (around 1:58). By this point you've already got pretty much the whole ensemble thrashing away, and precious little changes about that situation from then on, aside from the musical changes of the middle section and a small rhythm-section drop leading into the final choruses at 2:48. Yes, there are some subtle adjustments to the mix texture and effects, as well as some tweaks to the string chart to bring more higher pitches into the fray, but given the way the vocal pushes all these details into the background of the mix, those measures come across a bit like shuffling deckchairs on the Titanic to me. As a result, the onus falls on the vocal performance to carry the second half of the song forward, but Morrison's not paced himself particularly well either, which doesn't leave him much in the way of spare histrionics to call on. Maybe they're counting on the radio DJ talking over all of that stuff anyway... Mike Senior 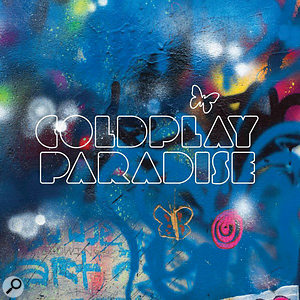 This is one of the oddest mixes I've heard in the charts for a while, not least on account of its overall tonality, which feels starved at around 200Hz but rather abrasive at 2kHz or so, as well as boasting powerful spectral extremes. While this comes through pretty well on smaller consumer speakers, it feels like a bit of an acquired taste on anything larger or more high-resolution. It's also a little puzzling that the bass appears to have been panned significantly to the right. Judging by the level of the fundamental frequency displayed on my spectrum analyser, the bass appears to be around 3dB louder in the right channel, and comparing the left and right channels against each other confirms the presence of a definite subjective difference in their bass presentation.

By contrast, the kick drum appears to be leaning slightly towards the left channel, so maybe the idea was to separate these two elements in the stereo picture. However, I'm neither convinced that this degree of panning would actually help much if you were planted in the sweet spot, nor do I think that it's actually particularly necessary in this case, because the kick seems to have been quite cleverly designed to slot into the spectral gaps left by the bass. Although the kick sound gives the initial impression of being very resonant (especially during the more exposed texture of the choruses), in a way that implies a long tail of rumbling low end, it turns out that this is actually something of an illusion. Indeed, if you notch out the single main resonance at 71Hz (a frequency the bass part's powerful fundamental deftly dodges around) with EQ, you'll discover that the remaining kick frequencies are all reasonably well-damped. In fact, listening to the whole mix with this frequency notched is interesting, in terms of demonstrating how much that single resonance does for the subjective level of the kick drum in the mix, and also the extent to which it affects the subjective clarity and tonality of the production as a whole.

The reverb stunt during the first chorus (at 1:15) is very unusual too: each time Chris Martin repeats "Para-para-paradise” he moves progressively further away, the dry vocal level reducing relative to the reverb. (Does the vocal tone become a bit less sparkly too? If it did, it would make perfect sense, effectively simulating the effects of air-damping on distant sound sources.) Then, at 1:26, the vocal pops abruptly back to its previous dry level, while the vocal reverb briefly reduces, bringing the voice right back up front, and very effectively re-attracting the listener's attention for the new lyric "every time she closed her eyes”. An entertaining bit of creative thinking. Mike Senior