Long-time SOS reader Joe Matera has submitted for review his nine-track album Terra Firma. It's his second solo LP, and his discography hints at a long career playing guitar in various bands, but this is apparently the first record to date to feature him singing. That said, Joe's voice only appears on two of the tracks; the rest of the album is comprised of guitar-based rock instrumentals. And very well-executed they are too.

Joe's playing is natural and fluent, without being needlessly showy, and he exhibits proficiency 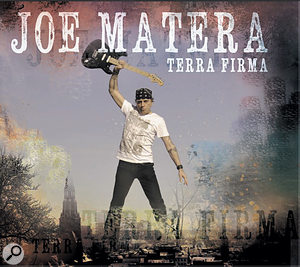 in a broad range of styles, from mellow acoustic ballads to driving rock. His tone, too, is very satisfying, as is the quality of the recordings (the double-tracked acoustic guitar picking in the intro to 'Reverie' is a particularly fine example). It's a shame, though, that his vocal appearances are so few: 'Shining Star' and 'Tell Me Why' are all the better for featuring his singing and songwriting, which despite his best six-stringed efforts, will always be more expressive than his guitar playing — as the bonus acoustic version of 'Shining Star' proves. Chris Korff

It's not often we get heavy metal remix albums sent to SOS towers for review, but that's exactly what Barcelona-based band Obsidian Kingdom have done, and I'm jolly glad they did. Torn & Burnt is a collection of remixes, all by different artists, of seven songs from the band's first album Mantiis.

The remixes are all very good, with most of them treading the same techy, gothy electronica line that made the soundtrack to The Matrix such a success. I can't say I'm familiar with Obsidian Kingdom's output in its unmolested form, but the remixes are formidable. And molested really is the word, especially in the case of Drumcorp's remix of 'Haunts Of The Underworld'. 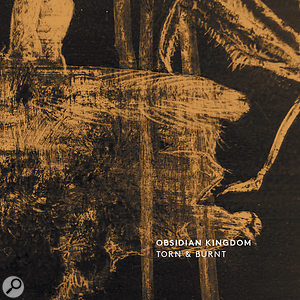 I had no idea that 'heavy metal glitchstep' (as I have just named it) existed, but now that I do I'm hooked. Drumcorp's version of this track is absolutely brutal, and so horrendously abrasive that I couldn't stop smiling as I was listening to it. Just to see how the praise for this monstrosity should most justly be apportioned, I pointed my browser in the direction of Obsidian Kingdom's Bandcamp web site to take a listen to the original. They're a bloody good metal band, no doubt, but what Drumcorp have done with that song in particular is impressive, somehow making it recognisably a version of the original, while giving it their own ferocious twist. Chris Korff

I hope you're sitting down right now, because I'm going to let you in on a terrible secret. See that stuff at the bottom left of the page? Just next to the page number? Yes, that's right, it says January. And it's a lie. As I write this, it is in fact November. So while you're busy eating the remains of your turkey and breaking your ill-conceived resolutions, spare a thought for your humble reviewer: I haven't even started my Christmas shopping yet. Now, it's not because I hate Christmas that I'm dreading the experience (I don't), nor even because I hate shopping (which I do hate, but am happy to endure when necessary). It's because of the wretched songs. And as long as every shop in the world insists on blasting out 'music' featuring sleigh bells, anthropomorphised reindeer, George Michael or any combination of the above, I will continue to hate Christmas shopping.

So imagine my horror when the Flickers' CD single, 'Christmas Ding Dong', landed on my desk. Accompanying the disc was a distincly clip art-inspired press release (complete with pixelated holly leaf), informing me that, in their "sensational” Christmas single, the Flickers had "really pulled one out of the bag”. 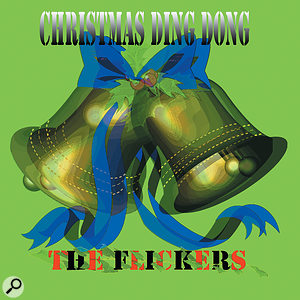 The literature doesn't state exactly what kind of bag they pulled it out of, but having heard their single I can't help wishing they'd left it for the council to deal with in the usual manner.

You see, 'Christmas Ding Dong' is bad. Troubling, in fact, even for a Christmas single. All the hallmarks of a panicked, late-December shopping anthem are there, but instead of the typical saccharine melodies and jubilant vocals, there is a kind of disquieting, almost sinister, psychedelic vibe, helped along by the creepy, snarled vocals (which, by the way, are unintelligible thanks to some perplexing production decisions). It's actually quite frightening, to the point where I wondered whether the Flickers had deliberately set out to disconcert the listener. As a sanity check, I asked one of my colleagues what he thought, and he summed it up quite perfectly thus: "Like Genesis P-Orridge had a nightmare in which he made a Christmas single.” Chris Korff