Despite the overwhelming potential for his chart-friendliness to be mistaken for an attempt to chase the tails of the likes of Mumford & Sons or Laura Marling, singer-and-stringer Seth Lakeman has a heritage as steeped in the traditions of the British Isles as you'll likely find on the current music scene. Specifically, Lakeman's output strongly favours the English traditions; and more specifically still, many of the songs on Word Of Mouth showcase stories from in and around his native Devon. The second CD included with the album actually includes interviews from a number of real-life 'protagonists' of the stories told, which is a lovely touch, and grounds the album in a way that can't be done with so much chart-fodder folk music.

The already long road of Lakeman's solo career began with raw and energetic albums such as Kitty Jay, journeyed through a not entirely unsuccessful attempt at the mainstream, and has since delivered him back at his Kitty Jay roots, but this time with the polish and sophistication of someone who's really put the time in. I've been a big fan of all of Seth's albums and it's satisfying to be able to hear his music progressing along with the story of his career.

Word Of Mouth was recorded in North Tamerton Church in East Cornwall, and as such it's not always a perfect production: Lakeman's vocals could sometimes be clearer, and the bowed strings can be overpowering. But, ultimately, it's all the more successful for the energy that could only have been captured in what must have felt very much like a 'live' setting. What a shame it would have been to collect local stories (and people!) and try to interpret them in a studio context miles from their origins. 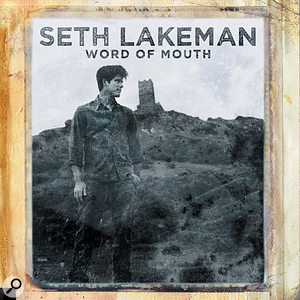 Seth's choppy and arresting fiddle-singing is as present on this album as it has been on all his previous releases, as is his recognisable driving tenor guitar style. Also present, however, are a number of guests who lend serious kudos to the setup — notably, accordionist extraordinaire Martin Green of Lau fame, and the often-overlooked banjo-tastic Leon Hunt, whose band Daily Planet were far under-lauded, in my opinion. The upper register comes courtesy of the delightful Lisbee Stainton, who Seth has worked with previously, and who complements his voice particularly well.

Track highlights of this album include 'Tiger', 'The Saddest Crowd' and 'Labour She Calls Home'. My particular favourite, though, is the simple and somber 'Portrait Of My Wife', with its strong and uncomplicated fiddle accompaniment. Incidentally, this track was also recently showcased as part of the English Folk Dance & Song Society's 'Full English' project that Lakeman has been heavily involved in. It's a vast and worthy idea, based initially on the creation of a digital archive of the collections at Cecil Sharp House, but ultimately incorporating workshops, concerts and school-based projects. Based on this album alone, Lakeman is an ideal candidate to represent the preservation and development of English traditions: Word Of Mouth is an intelligently compiled and sensitively interpreted collection of songs. Above all, however, it's simply a very beautiful album. Nell McLeod

The Madness Of Order

Yep, I hadn't really considered it before I popped the CD into my computer but , now that I think about it, that's exactly how I'd expect a band called the Cuckoo Clocks to sound.

The Madness Of Order's first track, 'Odd Per Clock' is immediately likeable, with a clean and careful selection of vocals, guitars and almost an entire primary school's worth of novelty percussion.

Move further through the album and quirkitude abounds; flutes lift the duller moments of the slower songs and happy 'lalalala' and 'aah-ooh' backing vocals 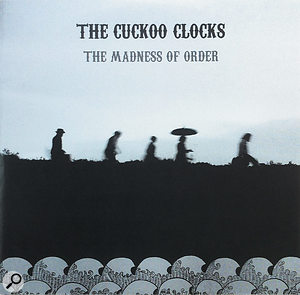 keep the mood light. The chief vocalist seems to be the 'leader' here, veering (not especially boldly) into Lou Reed territory with the kind of regularity that suggests that Reed is the Cuckoo Clocks' strongest influence.

Like so many promising albums, The Madness Of Order tails off disappointingly quickly, but overall, this is a very successful collection. The aforementioned first track was certainly my favourite, but 'Hiding Your Light Away' and 'Gravedigger' are also highlights. I'm not sure just how much I'd want to repeat the listening experience of The Madness Of Order in its entirety, but I bet the Cuckoo Clocks put on a great show. Nell McLeod

From DX to MODX with Manny Fernandez | Podcast
4 days 31 min ago.