Sheffield-based band Young Peculiar combine traditional acoustic pop-rock instrumentation with adventurous, almost prog-like songs and arrangements, and they do so with a large degree of success. Their four-track EP Ordinary shows off this unusual blend well: the band obviously have some harder rock influences, but they play in a relatively restrained manner that draws your attention to singer Bernadette Dales's powerfully delivered melodies. 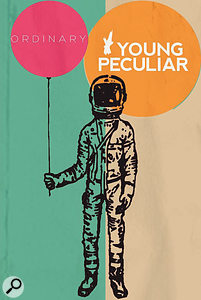 As far as comparisons go, think Incubus in their quieter moments and you won't be too far off the mark, in terms of applying metal sensibilities to acoustic songs. The only slight let-down, for me, is the production — which is by no means bad, but seems to me to be lacking a little finesse. For example, the vocals occasionally become masked by the other instruments, and although they're widely panned, the guitars could use a little more separation to stop the mid-range becoming too cluttered. Overall, though, it's a fine effort, and thoroughly enjoyable. Chris Korff

There's a certain joy to be had in experiencing something being executed flawlessly, and so it is with Geordie blues-rock band the Situation's five-track EP, Beyond The Horizon.I'm not even a massive fan of blues-rock, but still I find this record hard to fault — probably because the Situation's interpretation of the genre is much more contemporary than the classic Cream-type yawnfest I was expecting, sitting, as it does, much further towards the Raconteurs end of the blues-rock spectrum.

What immediately struck me was the quality of the production. Apparently, only the drums were recorded at a 'professional' studio, with the rest of the album being recorded and mixed by band member Ross Hill, at his home studio — and a fine job he did of it too. The sense of space is especially good, with everything having that slightly larger-than-life but still live-sounding feel that you usually only get from major productions. The balance is also flawless, with the guitars being up-front, but still leaving room for the vocals, and the drums doing a good job of carrying the groove without dominating it. Even the Hammond parts, which are so easy to mix way too loud, are very well judged.

Also worthy of mention is the playing — which is, again, impeccable, as are the many different guitar tones that grace this EP. Well done indeed! Chris Korff

Turîya, The Transcendent State is a collection of songs comprised chiefly of percussion instruments, some rare and some commonplace. It's pretty meditative stuff (more 'soundscapes' than 'songs', if truth be told), but still surprisingly compelling, thanks partly to the quality of the recordings, 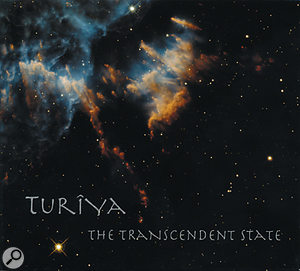 and also to Vincent and Karttikeya's obvious musical proficiency.

The multitude of acoustic instruments (which, according to the accompanying notes, ranges from cajons and kalimbas to hang drums, udus and hapis) is supplemented with some subtle synth sounds of the type usually described as 'lush' and 'evolving'.

To Vincent and Karttikeya's credit, these very different elements have been blended together very tastefully, and in such a way that you're often not quite sure whether you're listening to the resonance of a hang or the resonant filter of a synth pad. Chris Korff

Since the advent of multitrack recording, it has been possible to build up productions by adding layers of overdubs, instead of capturing an ensemble performance. One consequence of this way of working is that natural volume relationships between instruments go out of the window, a point which is brought home forcefully by 'Café Tierra', the opening track of Mark Barnwell's album. In the real world, the idea that a soulful Spanish guitar solo could push a full drum kit into the background would be a bit of a non-starter. In a "World Fusion” album to which people from all over the Internet have collaborated, anything goes.

In fact, given the manifold origins of the various instrument recordings that make up these tracks, Barnwell and mix engineer Seb Tomasini have done a fine job of getting the whole thing to gel. 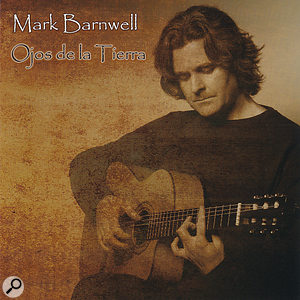 All 10 tracks share the same warm, rich tonality, and the consistent front-and-centre placing of the solo instruments bespeaks a confidence and decisiveness that is all too often lacking. Mark Barnwell has chosen his collaborators well, and the diversity and quality of their contributions does a lot to compensate for the fact that they're not all playing together in a room. And while his material sometimes sails perilously close to the rocky shores of Cape Holiday Programme, it does so with considerable aplomb. Sam Inglis

Perhaps I shouldn't be surprised that this record sounds as slick as it does. After all, it was co-written with Michael Kiwanuka and mixed by Ben Kane, who has apparently been working on D'Angelo's latest release. Given the names associated with this record's production, you'd be right in assuming 'Count On You' was a soul record. What you might not guess, however, was that the bulk of it, according to the accompanying press release, was recorded live in one take — and the results are impressive.

Not only is everything played perfectly (and yes, I was listening out for mistakes), but all the musicians are clearly very experienced, as you can hear from the way they groove together. I was particularly impressed by the drummer, who was obviously in his element playing funky soul music, and who held the rhythm perfectly with the kind of subtle shuffle beat you only ever seem to hear on records from the '60s and '70s.

Naturally, the other instrumentalists are of a 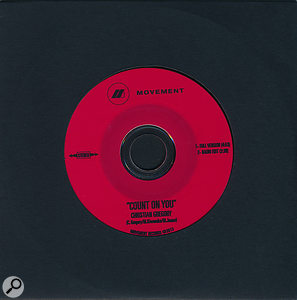 similarly high calibre, and the mix is equally polished. Everything has the kind of vintage-yet-modern feel to it, so that even when the Leslie'd vocals and tape-delayed horn parts kick in, there's still a very contemporary level of clarity and separation.

The only other act I can think of that achieves a similar vibe, and in such an accomplished manner, is Fat Freddy's Drop — and I wouldn't be at all surprised to learn that there was some personnel crossover involved with them too. Chris Korff