Did the iPad kill the dinosaur? By Peter Wavell

In 1983, I was one of a handful of people to introduce the Apple Lisa into the UK. The following year, I was a director of what was, briefly, the largest Mac dealership in the UK and, in 1988, I opened one of the first Apple Centres. In 1991, having departed the computer industry, I travelled the world with an original Mac Portable, and I still have a groove in my right shoulder to prove it. Then, in 1992, I transferred my working life onto the most powerful of the first generation PowerBooks, the PB170, and have since owned a G3 and a series of 17-inch G4s and MacBook Pros. I'm not bragging; I just want you to understand that I know Apple and I know Macs and that, for more than 30 years, we have enjoyed a happy marriage. Sure, there have been some bumps along the way, but we're still together. Ah... bless! 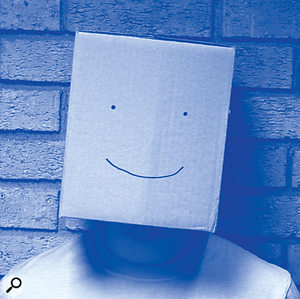 But, last year, storm clouds gathered. I wanted to replace my MacBook Pro with the latest model that offered a 17-inch screen, a CD/DVD drive, upgradeable memory and a battery that could be replaced when necessary. Did Apple build such a machine in 2013? No. However, the new models were — as no end of salesmen tried to convince me — superb for organising photos and playing Call To Shoot The Bastards 4, which I really ought to try.

Now, I have never played a bang-bang video game in my life, and I feel no urge to do so. However, I have a pressing need to be able to load and archive audio and video files using CDs and DVDs, and I have no interest in carrying a USB drive around the world to make it possible. What's more, I need to be able to display two pages of A4 next to each other at a text size that doesn't require the visual acuity of a kestrel, and I don't care that the stupidly named 15-inch Retina screen is great for watching the third prequel of Hairy Toed Midgets Save The World.

More recently, some developer friends asked me whether I would like to try some of their iPad soft synths. Suspecting that I was no longer able to avoid joining the mindless droves of people who walk into you at airports because their consciousness is a minor sub-routine within iOS 7, I ordered the latest 128GB iPad Air. In the meantime, I borrowed an iPad 4 to get started.

Within seconds, I hated the bloody thing. I have no time for operating systems that expect me to know which silly little pictures mean "do this” or "don't do that,” and I wanted a keyboard with numbers so that I didn't have to keep pressing a silly button to access them. Do you know how long it takes to type "=?d2A7Xa4” on an iPad? Far too long, that's how long. Especially when the screen keeps rotating. What is it with all that rotating?

Anyway, I eventually managed to make my way to a download page in the iStore or App Store, or something. The manual was free, and I had a code for the software, so I envisaged no further problems. "Give me your credit card details!”, it commanded. "But it's free,” I tried to respond. "Whatever…” said the iPad, "Now enter your credit card details.” "No”, I replied. "Well then,” thundered the might of Apple's corporate programming, "Sod off, worm, and don't come back until you're ready to hand over your soul.”

The fault is mine. I had envisaged a small computer, which the iPad is not. It's nothing more nor less than the shortest distance between your bank account and Apple's balance sheet. It has no function other than to make it so ridiculously easy to transfer a pound here, or 10 pounds there, that you don't feel your lifeblood dripping away. I suspect that iPads would make a profit for the company even if Apple gave them away. So here's the kicker… I have so many Air Miles that I had been able to order my iPad Air free of charge from an airline's frequent flyer shop. It wouldn't have cost me a penny. Not even delivery. And I cancelled the order.

Fortunately, I had been able to buy a new (if obsolete) 17‑inch i7 MacBook Pro in 2012, and I expect this will keep me going for another year or three. After that, I will be opening my wallet again. Will Apple receive my order? I hope so, but I fear not. Rebranded as iToys Inc, they will no longer be interested in me. In fact, they're not interested in me now. I want a computer, not a toy. I'm a dinosaur.

Peter Wavell has been reading SOS since issue 1, when he was still dreaming of playing Fairlights and Synclaviers. Nowadays he could barely lift one onto its stand, even if he had the opportunity.