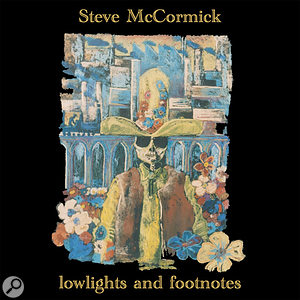 It's a lonely business being a fan of country music in England, especially if your tastes don't run to the mainstream. So there's something miraculous about discovering an SOS reader who is not only familiar with the genius of Robbie Fulks, but writes absolutely first–class material in the same vein. Like Fulks, Steve McCormick draws on the hard–edged honky–tonk of the '60s Bakersfield scene, yet manages to sound thoroughly up to date. His pithy lyrics strike exactly the right balance between funny and sad, and he never falls into the temptation of writing the same song over and over again.

In a field where live playing is everything, it's a shame that Steve hasn't been able to find a band to back him, but all the more impressive that he's concocted such convincing backing tracks of his own. Playing everything himself except the pedal steel, he makes full use of the latest computer tools such as EZ Drummer and Guitar Rig, and his arrangements are absolutely spot–on, as is his singing and guitar playing. There are times when I'd prefer a slightly more gritty, old–school mix to the smooth compression and 'nice' reverbs employed here, but Steve clearly knows his way around a desk, and the results sound impressively modern and slick. His is the best reader album I've yet heard, and I only hope he can overcome the Great British Public's indifference to country music to achieve the success he deserves. Sam Inglis 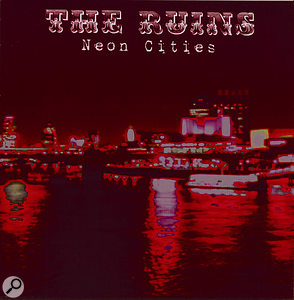 Somehow, it's always other people who find Minimoogs for a fiver in second–hand shops; if my local Cash Converters even has any music gear, it's an unfortunate miscellany of child–sized guitars, karaoke mics and broken multi–effects units. I can only assume the guitarist in the Ruins had the same problem, got tired of waiting for that '59 Les Paul to turn up, and decided to buy the broken multi–effects instead, because he's concocted some of the most revolting rhythm guitar sounds I've ever heard.

The odd thing is that the Ruins are, in other respects, a fine band, and their slightly trippy hard rock would be very listenable if only it wasn't obscured by layers of fizzy mud. It's like ordering a fillet steak, only for it to turn up in a bath of cold Bisto. Sam Inglis 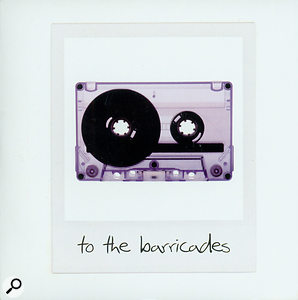 To The Barricades demo

George Orwell's essay Politics And The English Language contains a perfect description of the typical self–penned band biography. "Modern writing at its worst," Orwell wrote, "does not consist in picking out words for the sake of their meaning and inventing images in order to make the meaning clearer. It consists in gumming together long strips of words which have already been set in order by someone else, and making the results presentable by sheer humbug." Even after a couple of years of writing Playback reviews, I never fail to be amazed at the rubbish that people spout when called upon to describe their music. It's as though otherwise intelligent brains have been completely exhausted by the effort of recording the demo, leaving their owners in a zombie–like state where all they can do is stitch together clichés without any thought as to what they mean.

Perhaps it's unfair to single out To The Barricades as main offenders, but there's certainly a rich vein of drivel running through their publicity material. Not only are they "pushing the boundaries of modern rock" and "writing music that is both contemporary and challenging", apparently, but they are also the lucky recipients of "illustrious applause", and have "Radio 1 airplay under their belts". Perhaps that explains the distressing state of their trousers?

Anyone expecting a seismic change in the boundaries of modern rock will be underwhelmed by To The Barricades' music, which is proficient but scarcely original. You can almost certainly hear indistinguishable chiming guitars, lengthy crescendos and soaring melodies in your neck of the woods without travelling to "the growing town of Reading" (don't ask), but they do at least know how to construct a song and manage their dynamics as a band. With PR skills like theirs, they'd be well advised to let the music do the talking. Sam Inglis 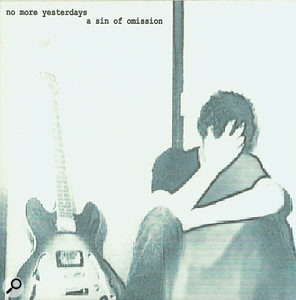 No More Yesterdays A Sin Of Omission

Just the way I would send out a CD if I were in a band. A simple home–made sleeve of thick card, akin to a miniature vinyl sleeve. Picture on the front, track listing and MySpace info on the back, no unnecessary information. In fact, everything that I desire to get on with the review with no preconceptions.

If this album was a car, it would be a cut–and–shut job, the front end of a Fiat Punto welded to the back end of a Ford Mondeo. The music skips between two very different genres, with nothing to help fuse them together. The front end, if you like, is a collection of long guitar–driven instrumentals. Most of the guitars are clean electrics, fed through flanger and chorus pedals, and the instrumentals go on for what seems like forever, rarely progressing very far from the original idea. Is this a new strain of drone music?

At the back end of this long drone is the rather more enjoyable (in metaphorical terms) Ford Mondeo, representing the loop–based electronica element. I like it. It is rough and driven, and reminds me of Alabama 3 or some other big groove electronica outfit. According to the band's MySpace page, one Chris is the sole writer and producer for this project, and aims to make Tape Music. I can honestly say that I am not sure what Tape Music is, but when I hear his music and the words Tape Music, they certainly go together. Better than a Fiat Punto and a Ford Mondeo, anyway. Pete J Thomas 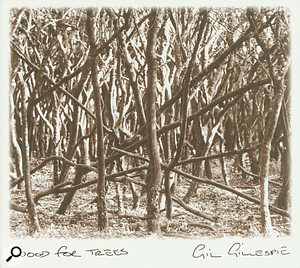 After the misguided hype that accompanies so many demo CDs, it's refreshing to discover someone who makes music not because they want to "push the boundaries of modern rock" or "expand their growing fan–base", but purely for the pleasure and satisfaction of making music. That someone is Gil Gillespie, and his self–recorded collection of vocal–and–guitar songs has much to recommend it. Gil has a knack of putting together wistful melodies, and his singing and guitar playing are excellent, with neat use of vocal harmonies.

Gil is apologetic about his engineering skills, but the basic vocal sound isn't bad at all, and the acoustic guitars are even better, with a woody richness that suits the material very well. If I had to suggest improvements, the vocals could perhaps do with more substance in the low–mids, and might benefit from a more characterful reverb, while the compression settings on the guitar sometimes bring out too much plectrum click, but drastic action certainly isn't required.

What does let the overall quality down, though, is the MIDI dimension. Gil's synth strings are too obviously fake, and his drum programming isn't tight enough against the rhythm of the guitar strumming. It's not easy to integrate these sorts of programmed elements into acoustic music in a convincing way, but if you do then, as Led Zeppelin once sang, there are two paths you can go by. One is to locate the latest multi–gigabyte sample libraries and try to put together something truly indistinguishable from the real thing. The other is to embrace the unique lo–fi charm of a string machine or Mellotron and use it to your advantage. The fakeness that's evident here is, as much as anything, down to the string parts themselves, which sound like the work of a keyboard player rather than a string arranger, so the second option might be more natural. Sam Inglis 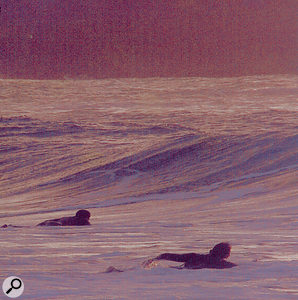 Jazz–rock is Peter Eddleston's thing, and his sample–based arrangements have a coolness and detachment that hints at a Steely Dan influence. The programming and mixing are generally of a high standard, although the Hammond organ and pad sounds are a bit over–prominent, and he should perhaps rein in his tendency to allow a single groove to loop endlessly without developing.

With their wry observations about Russian oligarchs and call centres, Peter's lyrics also suggest a fondness for the dry approach and oddball subject matter favoured by the Dan. In principle, I'm all in favour of songwriters adopting original and unusual lyrical themes. However, not all unusual themes make successful songs, even when they're drawn from bitter experience. I have no doubt that Peter was deeply affected by serving on the coroner's inquest jury that followed the Herald of Free Enterprise tragedy, but I'm less certain that jazz–rock is the right medium to portray those experiences. Songs about corporate manslaughter probably shouldn't invite the adjective 'jaunty', while the metallic clangs and trickling water suggest an uncomfortably literal attempt to paint the disaster in sound. Sam Inglis 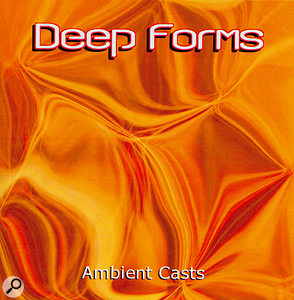 Why is so much 'easy listening' music so hard to listen to? Something about 'chilled soundscapes' and 'relaxation music' always seems to have the opposite effect from that intended. Listeners are supposed to find themselves drifting away on a cloud of pleasantness, possibly in the company of scented candles, but it invariably makes me want to hurl the CD out of the window and put on Trout Mask Replica at deafening volume.

Deep Forms' album of synth instrumentals illustrates the problem. It's artfully programmed and nicely mixed, with some neat sound design in places, but it's at its best when they allow dissonance and textural noise to creep in, as on the fifth track, 'Comet'. To my ears, it really needs more of this sort of darkness and atmosphere, and less of the cloying, major–key niceness on offer in tracks like 'Rider' and 'Cascades'. But perhaps that's simply asking Deep Forms to be something that they're not. Would easy listening be easier to listen to if it was, well, more difficult? I think so, but then I actually like Trout Mask Replica. Sam Inglis

Specialists in CD, vinyl, DVD replication and special packaging, Breed Media are dedicated to delivering quality, speed, experience and price. They are 100 percent CarbonZero and ecologically focused, making them truly a new breed of replicator. Plus Sound On Sound readers can now get 10 percent off their first order with Breed Media!

This month's winner is Steve McCormick.