Sounding Off: How Much Is Enough? Skip to main content

Sounding Off: How Much Is Enough?

As composers of music for film and television, people ask us to write music in exchange for money. Saying it out loud reminds me what a fortunate position I'm in. Composing music has always been my passion, and the fact that it exists as a way of earning a living sometimes strikes me as crazy. I try hard never to take it for granted.

But the financial aspect attached to writing music as your job brings its complications. The path that brings a person to this career (or that of most creative freelancers) often skips the part where you become a fiscally responsible adult. Starting out, I asked nearly everyone I knew in the industry how much I was supposed to charge for a job. Of course, there is no real answer. Back at the beginning of my career, most conversations with clients involved a back and forth dancing between how much I wanted to charge, and how much they wanted to spend. 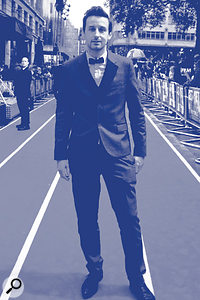 Many freelancers can simply charge for their time, as it's quite predictable what can be achieved in a day, or a week. I think a lot of composers envy that simplicity when it comes to pricing a job. But one of the main obstacles to adopting this form of quoting is the unpredictable element of creativity. I know I can work hard for 10 hours on eight bars of music. Sometimes less. Sometimes I can produce three minutes of work I feel really good about in half a day. So, really, my quote has to be for the end product: this length of music, in this style, for this usage will cost this much.

During my first few jobs I would quote too little, partly because I believe it takes a long time to learn to quantify the value of your work as a freelancer, and partly because I didn't want to lose the commission! The conversation between a client and creative can often turn into this delicate and choreographed routine where you're both obliged to play your part.

Client: How much does it cost?

Client: It's for online, small production.

Client: How much do you charge?

Freelancer: It's difficult to say. From what I understand, it will be £$X

Client: Ah, I don't have that much in the budget. Bye.

Having produced an indie film myself, I know how important it is to really make the most out of every penny, but all the freelancers I know work really hard to establish and maintain their little slice of their industry, and it's massively important that we don't undervalue our work either.

As we all know, though, naming the price is really not a luxury most of us have. This conversational tango is really a charade presenting the illusion of a two-way discussion about a fee. Really, the client knows how much you'll be paid and it's not going to change. But that's OK, as long as there's enough incentive to get involved — and that isn't always money.

With that in mind, I still do smaller non-commercial jobs for free here and there, as long as it's good for my development, and enjoyable, and nobody is making a profit without me. I don't believe working on non-commercial projects for free devalues the job, but not everyone shares this view.

So how much should we charge for doing something we love? You'll have to come up with your own formula, but consider a fair day and multiply it by the estimated project length. Some freelancers will add 50 percent on top as insurance, so that if the project requires more work than expected, they won't resent the extra hours they have to put in. It also gives you room for negotiation, should you need it. Lastly, factor in the budget, if you know it, and the potential audience, then scale your quote accordingly. The final figure will inevitably change from job to job, but it's important to know the value of your services and not to be embarrassed when communicating this to a client.

Richard Canavan is a London-based composer for film and television, with feature film credits and clients including Sky and British Airways. www.richardcanavan.com